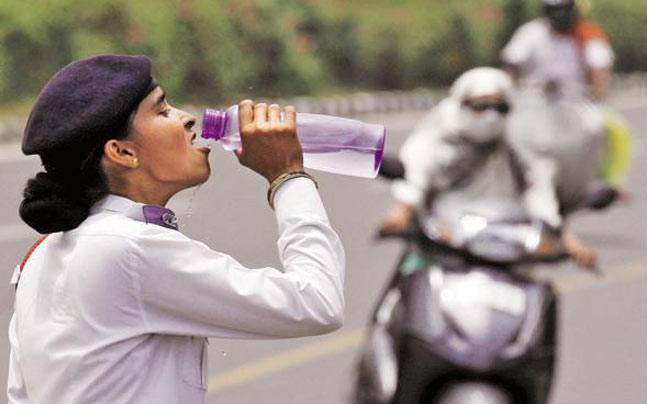 New Delhi: Amid the heatwave in the national capital from the past two days, the Indian Meteorological Department (IMD) senior scientist on Monday said that the prevailing heatwave will abate from tomorrow for the next four days.

RK Jenamani speaking to ANI pointed out that the heatwave on Sunday was the most severe one. He said that “Today we are having a trend of 3 to 4 degrees fall over Rajasthan, Haryana, Punjab, Delhi, and Madhya Pradesh.”

He further added that “In Delhi, Safdarjung may record a maximum temperature of 43 degrees Celsius. As the western disturbance further comes, the heatwave will be abated by tomorrow over a large area.”

He also noted that the temperature was “good for the first 10 days in the month of May. So, I don’t think it’ll be very unusual this month.”

He further added that “Up to the next 4 days from May 17 onwards, there will be no heatwave over any area.”