Home Nation 40,000 People Affected Due To Flood In Cachar District Of Assam 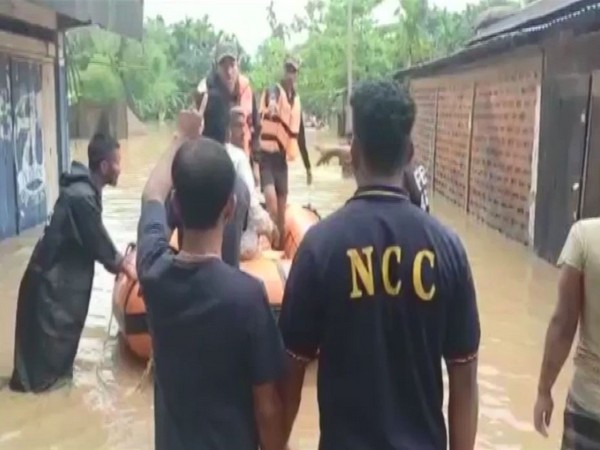 Cachar: As the state of Assam battles from the flood, Cachar district bears the worst impact as it continues to grim with over 41,000 people being affected by the current wave of floods.

The Assam State Disaster Management Authority (ASDMA) reported that over 41,037 people from 131 different villages in the district have been affected by the atrocities of the floods. ASDMA has been able to rescue and move 1,685 flood-affected people into shelters set up by the district administration.

A total of 2099.6 hectares of cropland have submerged due to floodwaters in the district. According to ASDMA, three people including a child from the Cachar district have been missing since Sunday.

The SDRF, Fire and Emergency Services teams are also engaged in continuous rescue operations in different parts of the district. The flood situation has taken a worse turn in the Kampur area, in Nagaon district as floodwater from the Kopili river hit the area and submerged villages and croplands in water.

According to the official statement, more than 57,000 people across seven districts of Assam have been severely affected by the current spell of floods.

The statement further adds that nearly 222 villages in 15 revenue circles have been affected by the wave of flood with 10321.44 hectares of cultivated land submerged in floodwater.