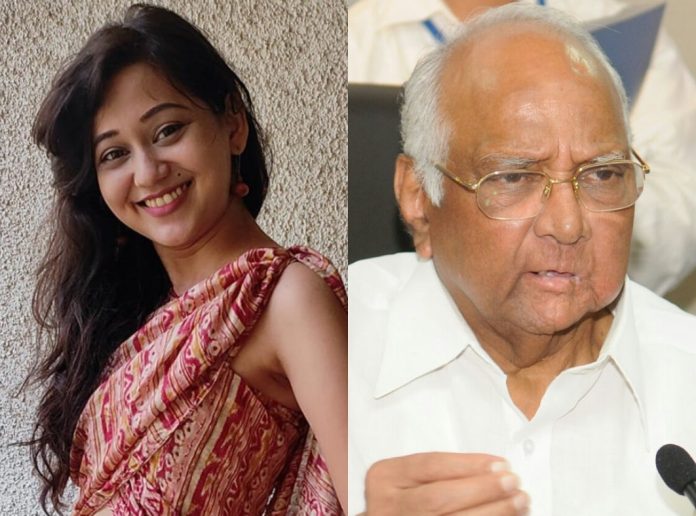 Ketaki Chitale, a Marathi actress, was arrested in Navi Mumbai for reportedly sharing a derogatory remark about Nationalist Congress Party (NCP) leader Sharad Pawar and has been held in police custody till May 18. The actress was produced in court on Sunday.

The controversial post included offensive statements such as “hell is waiting” and “you hate Brahmins,” allegedly in reference to the NCP supremo, Pawar, as it only specified the surname Pawar and the age of 80, whereas the NCP supremo is 81.

At the Kalwa police station in Thane, a case was filed against her under IPC sections 500 (defamation), 501 (printing or engraving matter known to be defamatory), 505 (2) (making, publishing or circulating any statement, rumour, or report promoting enmity, hatred, or ill will between classes) of IPC.

Who is Ketaki Chitale?

Ketaki is a television actor who has been in shows such as “Star Pravah’s Ambat Goad,” “Tuza Maza Breakup,” and “Saas Bina Sasural” on Sony TV.

Her social media handles (@epilepsy_warrior_queen) suggest she is also an activist and works for epilepsy awareness.