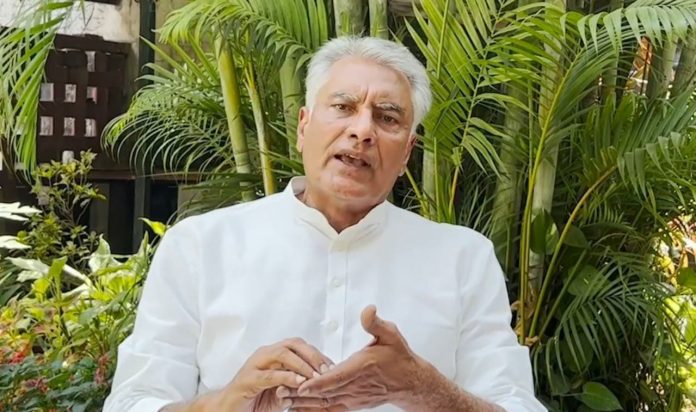 New Delhi: Disgruntled leader and former Punjab Congress chief Sunil Jakhar, who was stripped from all posts previously, quit Congress on Saturday during a Facebook Live.

Amid the party’s ongoing Chintan Shivir in Rajasthan’s Udaipur, Jakhar went live on the social media platform Facebook to announce his decision.

Taking potshots at the Congress, Jakhar questioned if the party chief Sonia Gandhi wasn’t aware that he held no position in the party and yet he was issued a show-cause notice.

“I don’t hold any post (in the party); I have an ideology. I want to ask Sonia Gandhi that being Congress president, doesn’t she know that I hold no position in the party? Then why a show-cause notice is being given to me?” he asked.
The former Punjab Congress president also questioned senior party leaders Tariq Anwar, JP Aggarwal and Ambika Soni, who are members of the Congress Disciplinary Committee.

“Tariq Anwar served me a show-cause notice. He’s a person who had left Congress by making several allegations against the party and Sonia Gandhi,” he said.

Jakhar also lashed out at Ambika Soni and asked how can she be a part of the committee against him when she is the one who made the allegations of indiscipline against him.

“Where was Ambika Soni in 1970, when Congress needed its members the most? She ran away from her responsibilities,” he said. Soni had reportedly had warned the former Congress chief Rahul Gandhi that Punjab would be on fire if Jakhar is made the Chief Minister of the state.

On April 11, Congress leaders KV Thomas and Sunil Jakhar were issued show-cause notices for breaching party discipline and were asked to reply within a week. However, Jakhar did not respond to the notice.