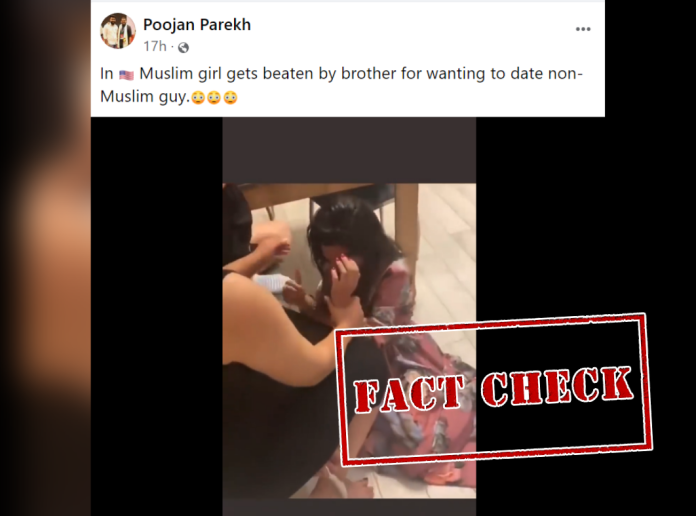 A video in which a man can be seen assaulting a woman is being widely shared on social media claiming that a man in the US is beating his sister because she wanted to marry a man from a different religion.

The video is shared on Facebook with the caption, “In US, Muslim girl gets beaten by brother for wanting to date a non-Muslim guy.” 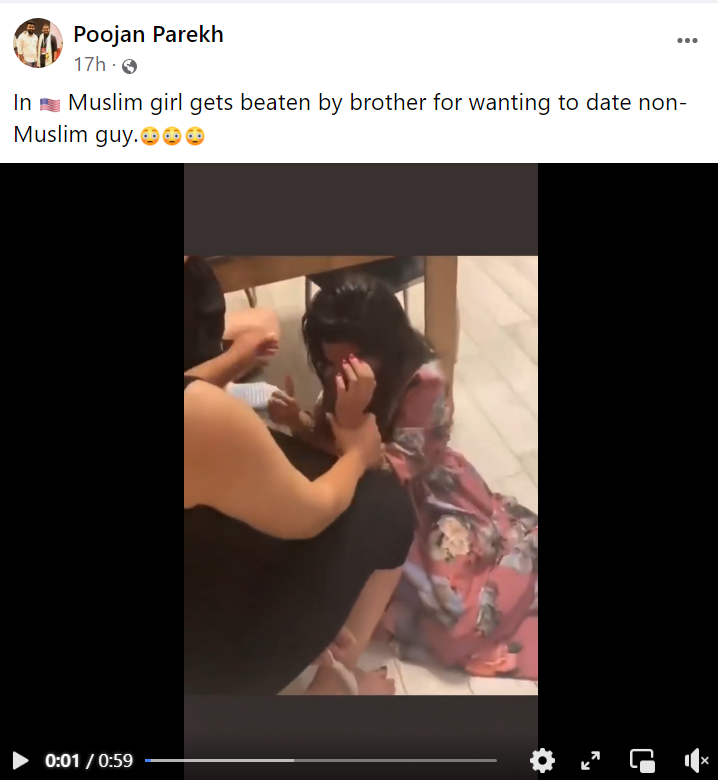 NewsMobile fact-checked the claim attached to the video and found it to be MISLEADING.

Using the InVid Tool, we extracted keyframes from the viral video and performed a Reverse Image Search. This search directed us to a Russian website that published the same video on July 6, 2021.

The post translated to English read, “In Krasnodar (a city in Russia), they beat and humiliated a young gipsy woman who wanted to escape to the guy in Ukraine. They beat their own relatives. According to some reports, she alone kept her unemployed father and brothers. And then they ask why everyone hates them.” 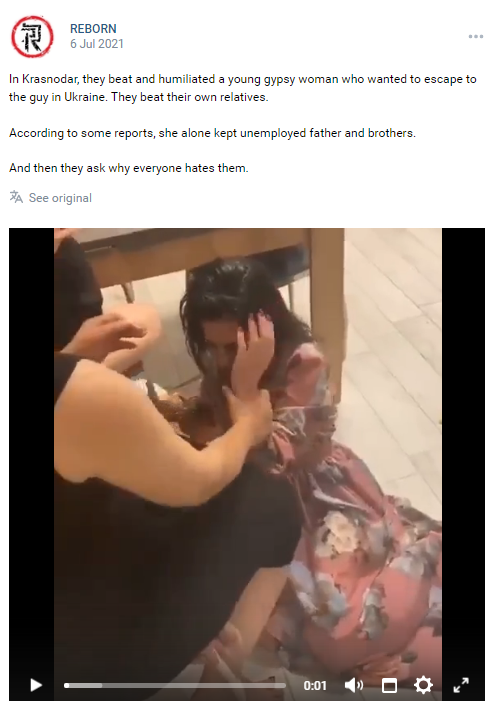 According to another Russian website, “A video of a brutal beating of a young gipsy woman from Krasnodar began to circulate on the Web. Allegedly, the girl met a guy from Ukraine on the Internet and fell in love. She wanted to run away to him and get married, but she could not carry out her plans.” The article was published on July 5, 2021. 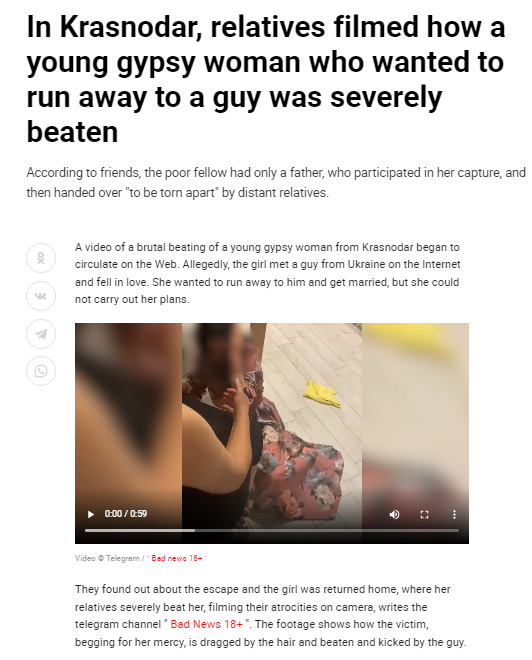 Another Russian website also reported the same incident on July 14, 2021, “Relatives overtook her in Belgorod, brought her back home and lynched her because she allegedly stole family money, although the sobbing brunette categorically denies this on the footage, begging her not to beat her.” 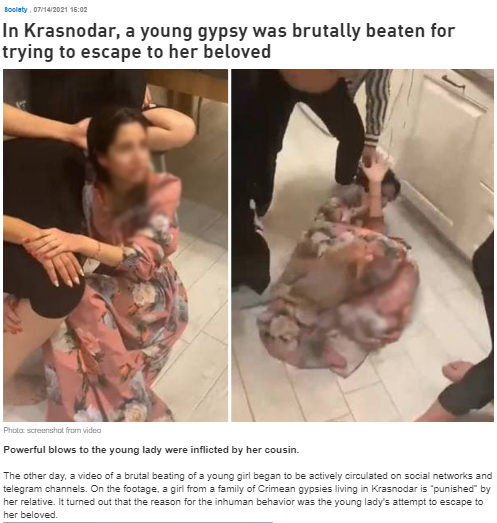 Thus, with the above information, it can be concluded that the video is old and not from the US and is being shared with misleading claims.