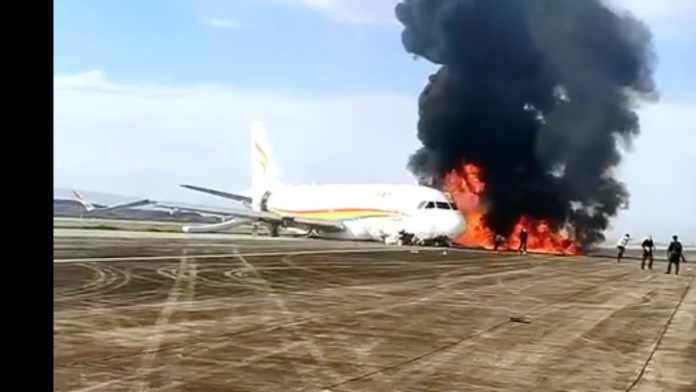 As per the airline, all 113 passengers and nine crew members on board were safely evacuated.

“All 113 passengers and 9 crew onboard a Tibet Airlines jet that caught fire after veering off the runway at Chongqing airport have been “safely evacuated,” the airline said.

“The injured passengers were all only lightly injured and have been sent to hospital for treatment,” the airline added.

Meanwhile, as many as 25 people have been reportedly injured.

Images shared by Chinese state media showed flames engulfing the wing of the stricken jet as terrified passengers ran from the scene.