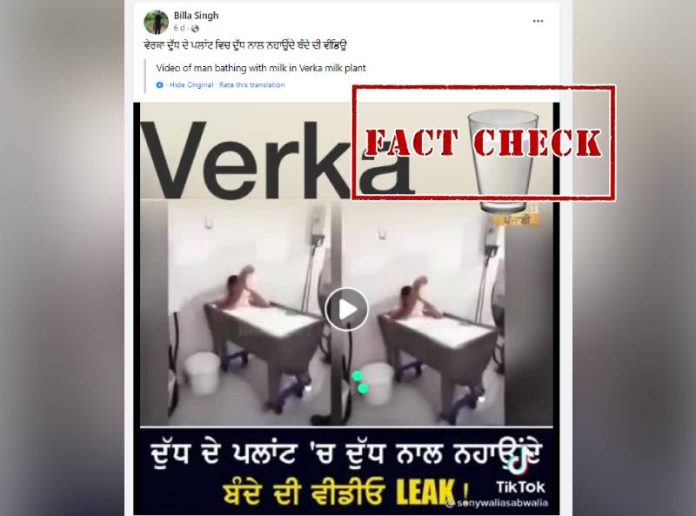 A video of a man taking a bath in a tub filled with milk is widely being shared on social media. The video is shared with a claim that the video was shot at Verka Milk Plant located in Amritsar, Punjab.

(English translation: Video of a man bathing with milk in Verka milk plant.) 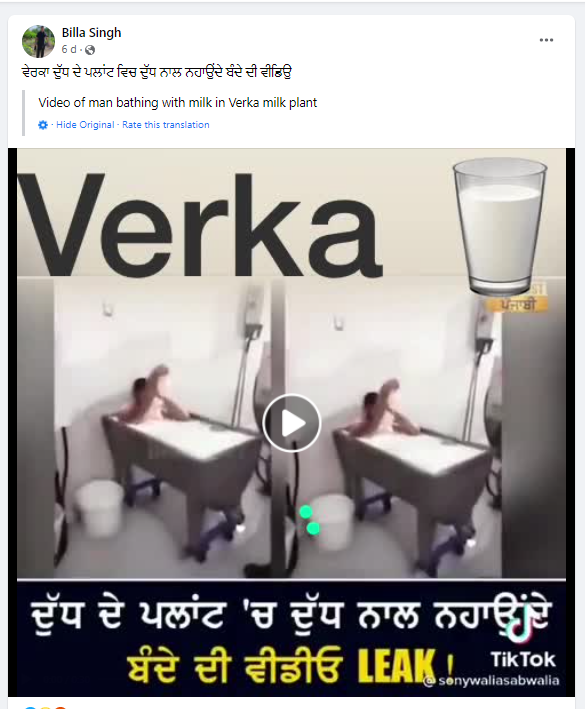 On putting the keyframe of the video through Google Reverse Image Search, we found that the same screenshot was uploaded by The Indian Express in a report dated November 13, 2020.

The caption associated with the image reads, “The video was recorded in the Central Anatolian province of Konya and shared on TikTok after which it went viral.” The report also says that the worker’s TikTok stunt at a dairy plant in Turkey led to the plant being shut down after the bizarre video of him bathing in a tub filled with milk went viral on social media. 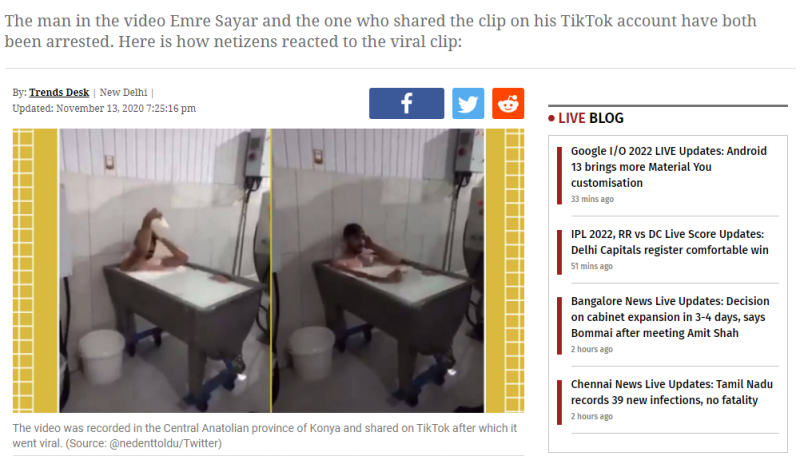 Asianet News also uploaded the video on November 8, 2020. The report says that the incident took place in a dairy centre in Turkey. The report further read, “a dairy worker was arrested after the video of him bathing in a tub of milk went viral. The dairy worker identified as Ugur Tutgut, and the individual who filmed the video were arrested, and the dairy was temporarily closed.” 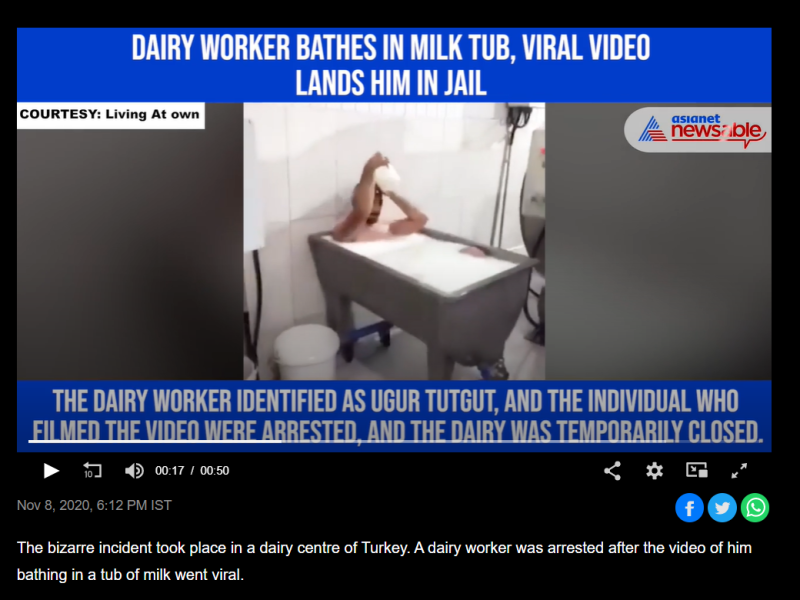 Hence, from the above findings, we can ascertain that the video in question is from Turkey and not from Amritsar, Punjab.