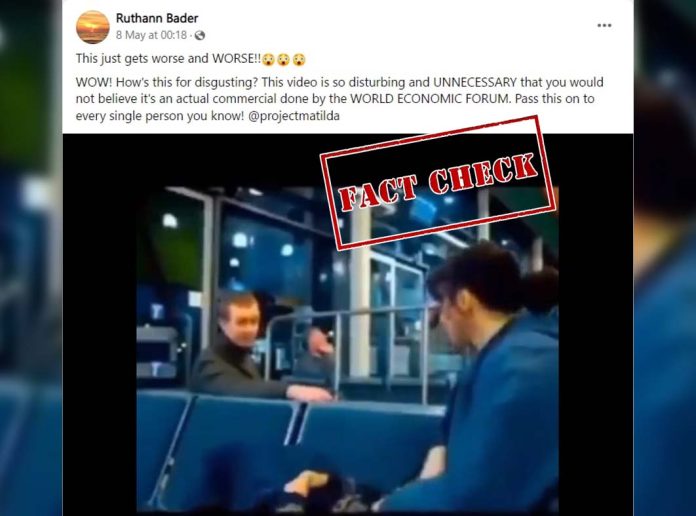 A video is making rounds on social media in which a man is suggesting to a woman that if she cares about the environment then she should kill her kid to reduce the carbon emissions. Several Facebook users are sharing the video with a claim that it is an actual advertisement by World Economic Forum.

The video is being shared with the caption, “This just gets worse and WORSE!!
WOW! How’s this for disgusting? This video is so disturbing and UNNECESSARY that you would not believe it’s an actual commercial done by the WORLD ECONOMIC FORUM. Pass this on to every single person you know! @projectmatilda.” 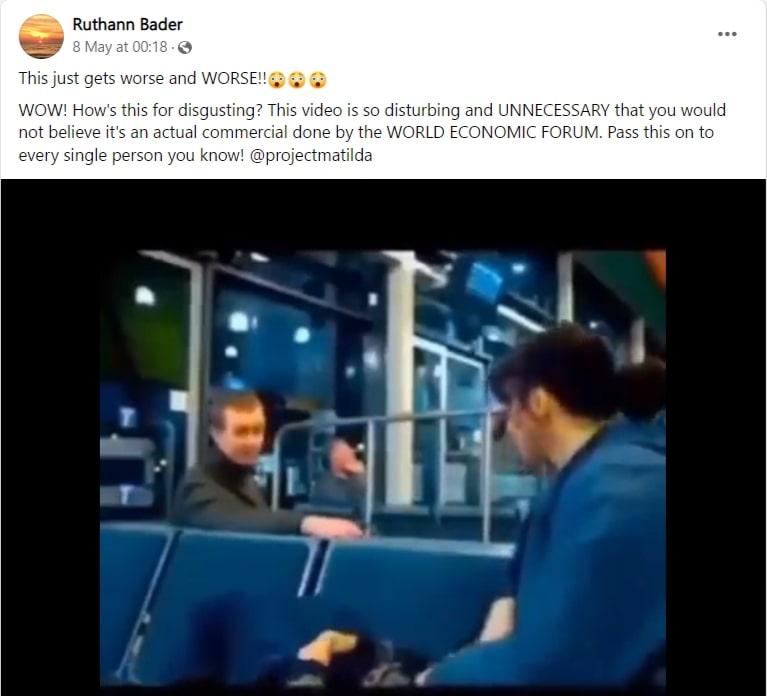 We extracted the keyframes of the video and put them through Reverse Image Search along with some keyword search. We found the same video was uploaded on YouTube on February 28, 2015, with the title, “The Selfish Act Scene – Utopia (HD)” 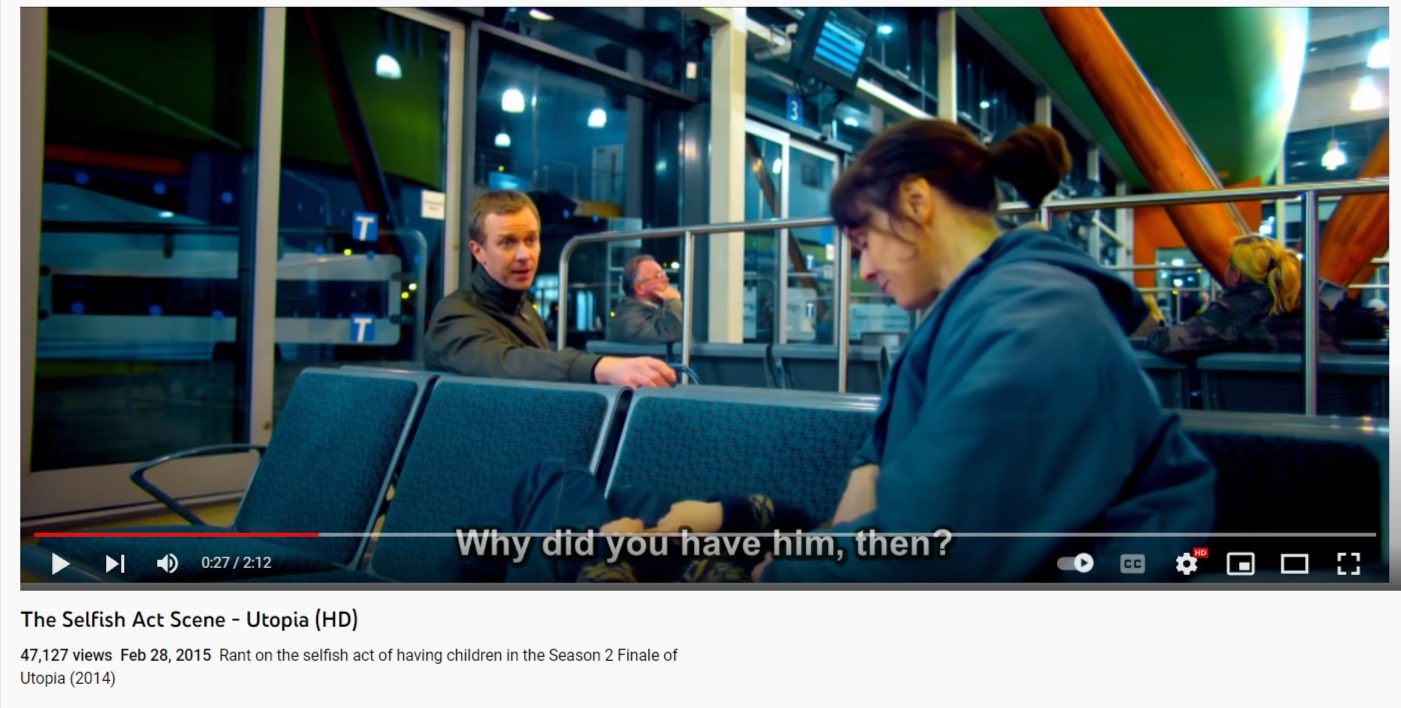 The video description read: “Rant on the selfish act of having children in the Season 2 Finale of Utopia (2014) All rights reserved to Channel 4.”

The same scene was also posted by several YouTube channels in 2014 with a similar title. One of the videos mentioned that the scene is from Utopia Season 2 Episode 6.

As per IMDb, Utopia is a TV series that aired in 2013-2014 and the movie description read, “After a group of people, who meet online, discover a bizarre graphic novel which seems to hold mysterious answers, they find themselves being tracked down by a merciless organization known merely as ‘The Network’.” 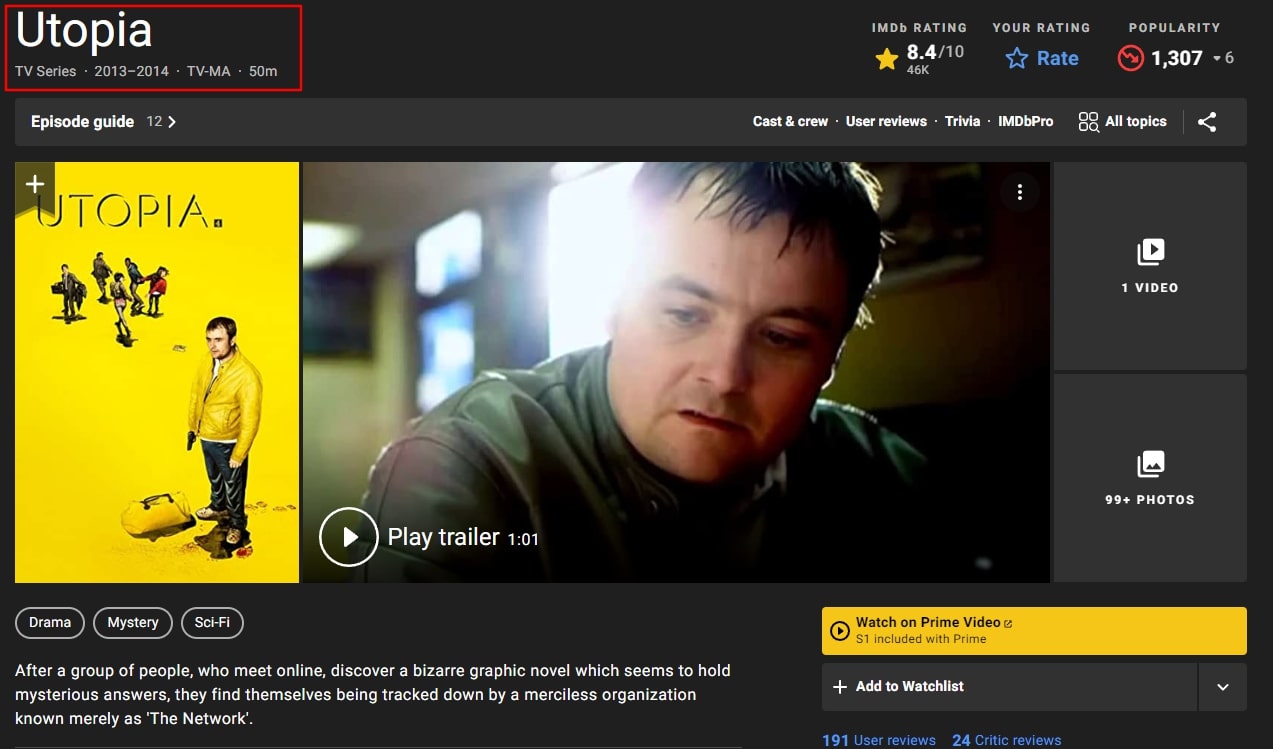 Moreover, a WEF spokesperson was quoted by AFP confirming that “the video was not produced or ever posted by the World Economic Forum”.

Hence, from the above fact check, it is clear that the video is a scene from a TV series and is NOT an actual advertisement by World Economic Forum.