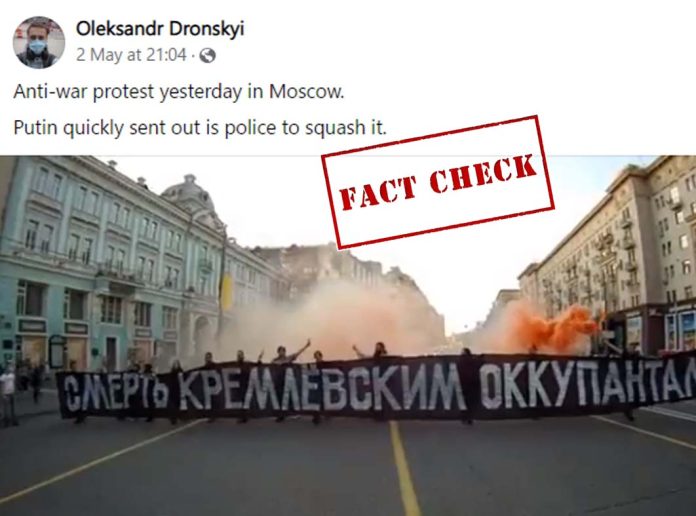 In the wake of the ongoing Russian invasion of Ukraine, a video of people protesting on street is being circulated on social media with a claim that it shows a recent anti-war protest in Moscow, Russia.

Facebook users are sharing the video with the caption, “Anti-war protest yesterday in Moscow. Putin quickly sent out is police to squash it.” 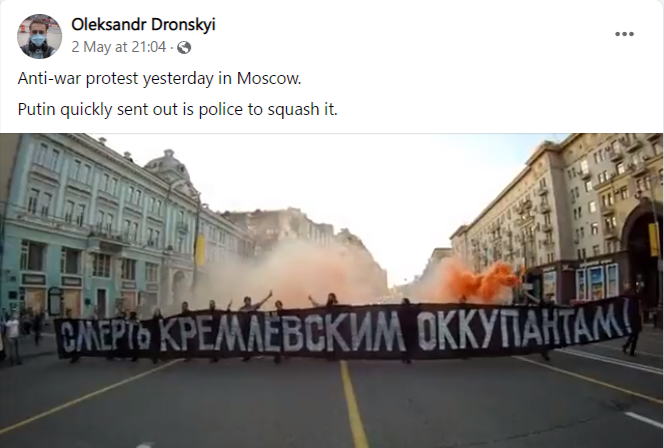 We extracted the text written on the banner using Google lens and then ran a keyword search on YouTube.

We found that the same video was uploaded on YouTube on May 10, 2013. The Google translation of the title read: “DEATH TO THE KREMLIN OCCUPANTS!” Action on Tverskaya.

The video description read, “Opposition activists blocked Tverskaya Street in Moscow with a banner reading “Death to the Kremlin Occupants”. May 9, 2013, video by Dmitry Zykov” 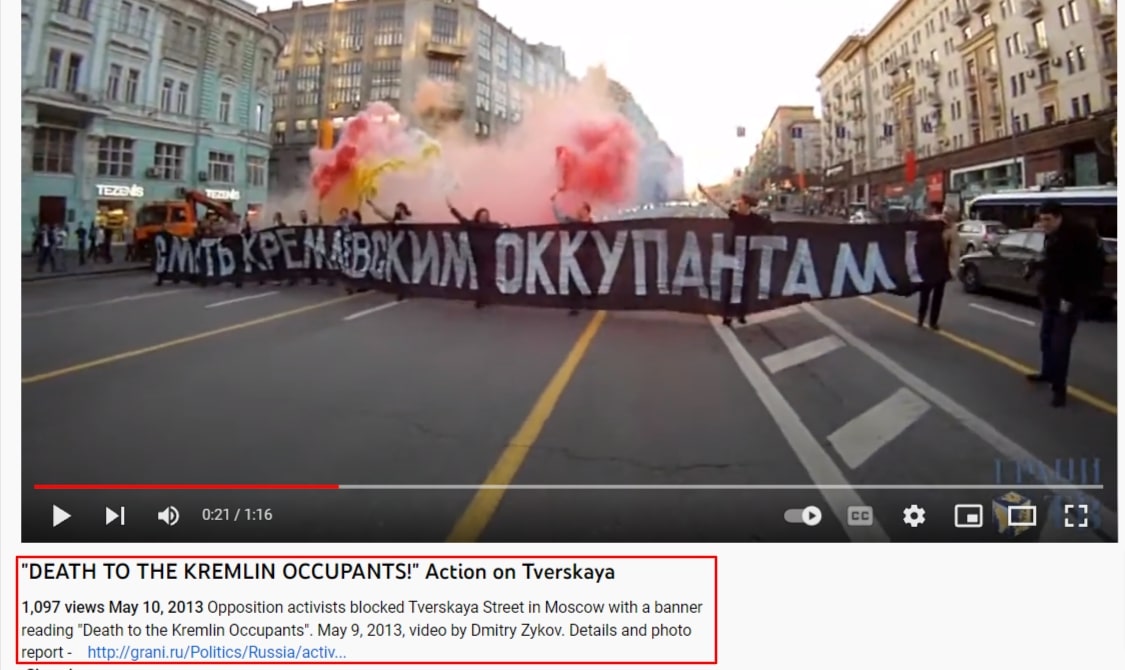 The description also carried a link to an article dated May 9, 2013. As per the reports, ‘Thirteen civil activists blocked Tverskaya Street on the evening of May 9, unfurling a huge banner “Death to the Kremlin occupiers.” The protesters lit flares and staged a procession, chanting anti-Putin slogans. All activists and a passer-by who joined them were detained. The action lasted about three minutes’. 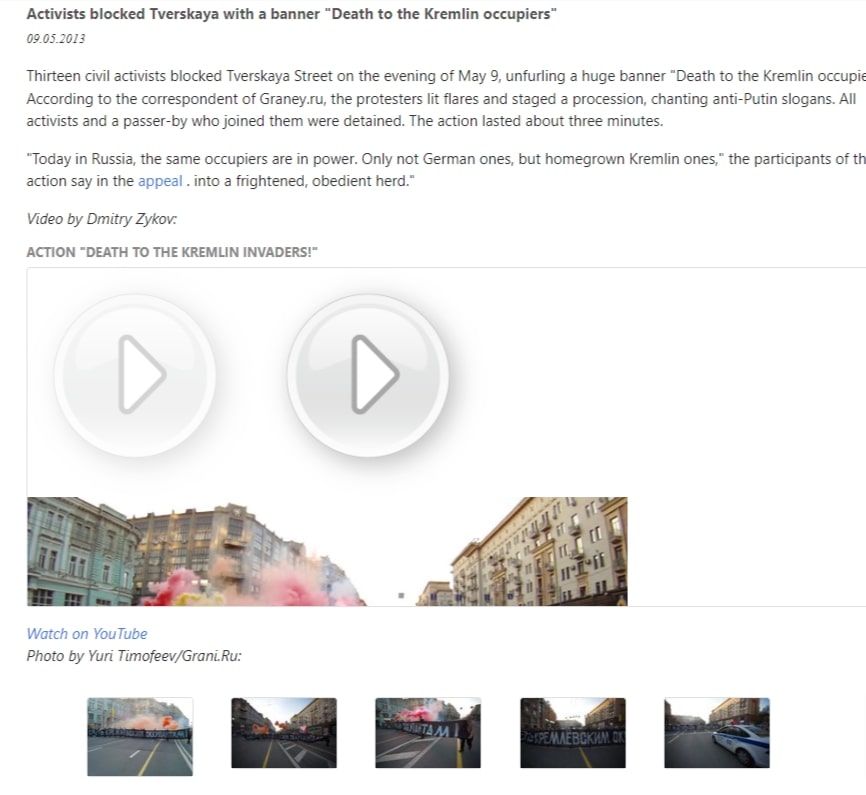 The report also carried multiple pictures of activists being detained by the police. 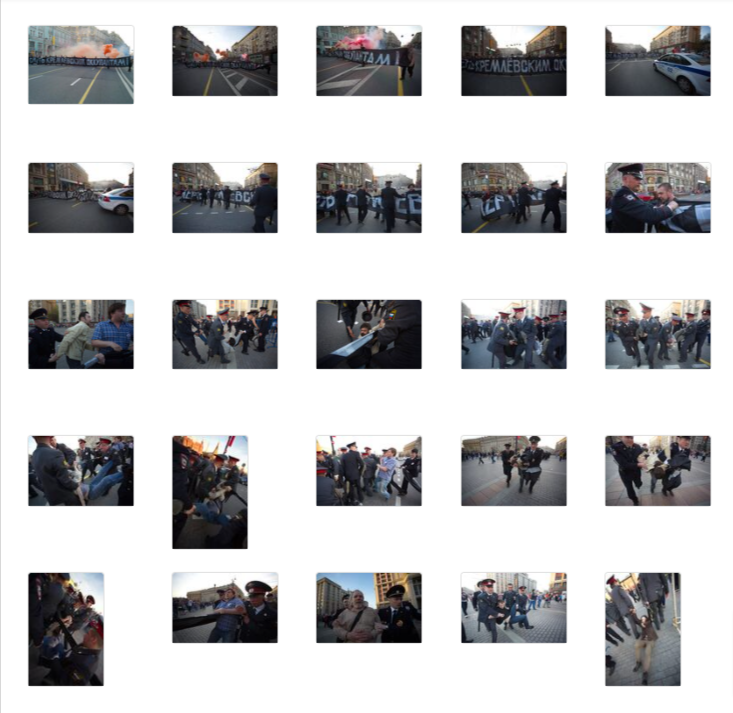 Hence, from the above fact check, it is clear that the viral video is old and has nothing to do with the recent Anti-war protests in Russia.