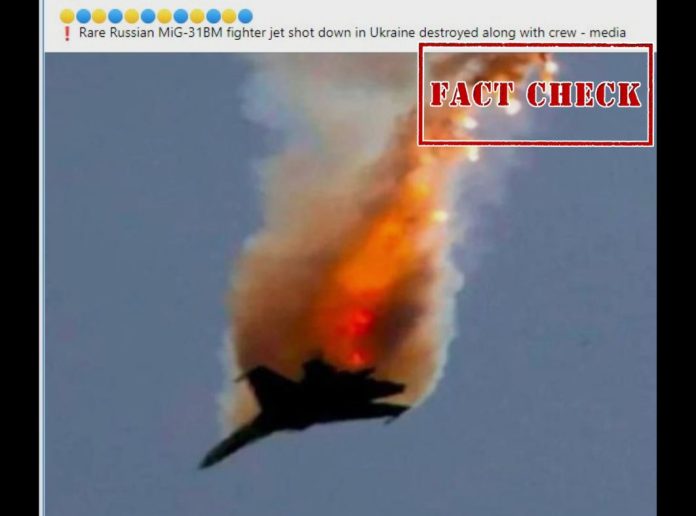 Amid the ongoing conflict between Russia and Ukraine, a picture of a burning fighter plane in mid-air is being widely shared on social media platforms with a caption suggesting that it shows a Russian fighter jet being shot down by Ukrainian forces.

A Facebook user shared the image with a caption which reads, “Rare Russian MiG-31BM fighter jet shot down in Ukraine destroyed along with crew – media.” 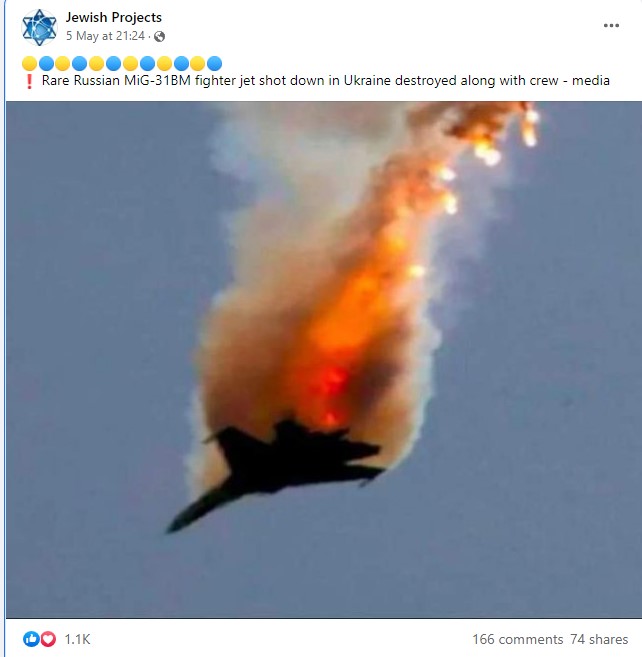 The same image is also doing rounds on Twitter with the same claim.

NewsMobile fact-checked the viral image and found that it has been shared with a false claim.

The report talks about Turkey’s justice minister confirming the arrest of pilots who shot down the Russian Su-24 in Syria. 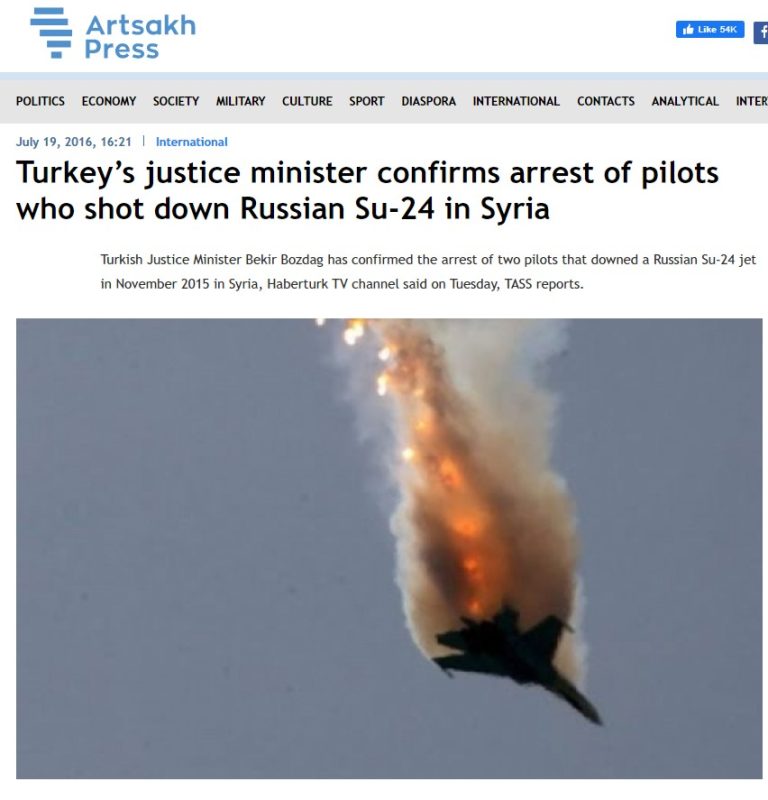 The articles do not credit the image to a specific source or identify the plane.

NewsMobile couldn’t independently verify the origin of the picture, however, as it predates the Russia-Ukraine conflict, it can be safely concluded that the viral claim attached to the picture is false.