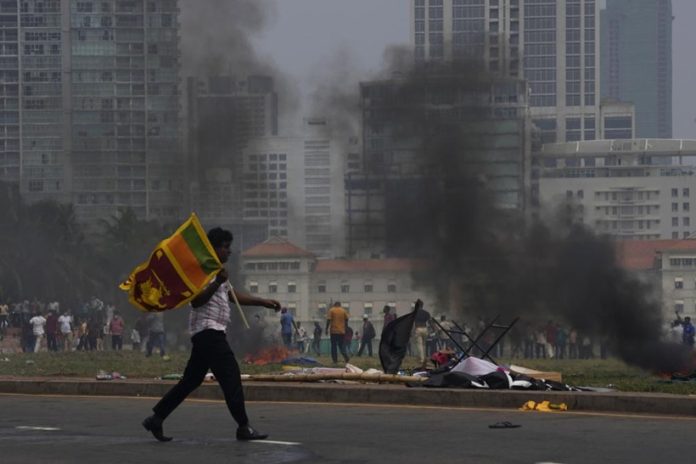 Colombo: In the wake of the economic meltdown in Sri Lanka, widespread protests and incidents of violence have erupted disrupting peace in the island nation.

Colombo is worse hit Violence erupted after a clash between the supporters of the former Prime Minister and anti-government protestors leading to several injuries on Monday.

Meanwhile, “security forces have been ordered to shoot at sight anyone looting public property or causing harm to life,” the Defence Ministry spokesman Nalin Herath said on Tuesday.