Fact Check: Old Video Of Celebrations In Moscow Shared As That Of France | Newsmobile
Wednesday, August 17, 2022

Home NM FACT CHECKER Fact Check: Old Video Of Celebrations In Moscow Shared As That Of... 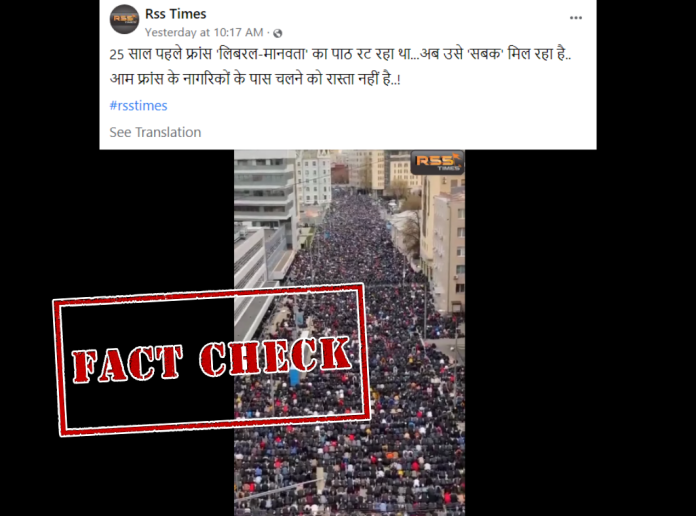 A video is being widely shared on social media claiming that due to a huge crowd of Muslims offering prayers on the road, citizens in France citizens have no place to walk. The chanting of ‘azaan’ can also be heard in the background.

(English translation: 25 years ago France was learning the lesson of ‘liberal-humanity’ Now he is getting a ‘lesson’. Common France citizens have no way to walk) 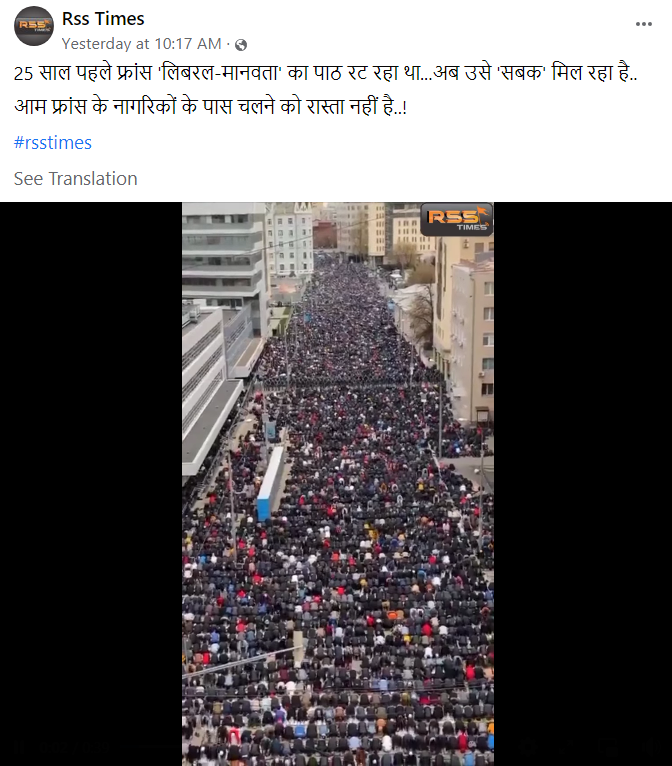 Using the InVid Tool, we extracted keyframes from the viral video and performed a Reverse Image Search. This search directed us to a Twitter post that carried a similar image on October 15, 2013. According to the post, the photo was of Eid celebrations in Moscow. 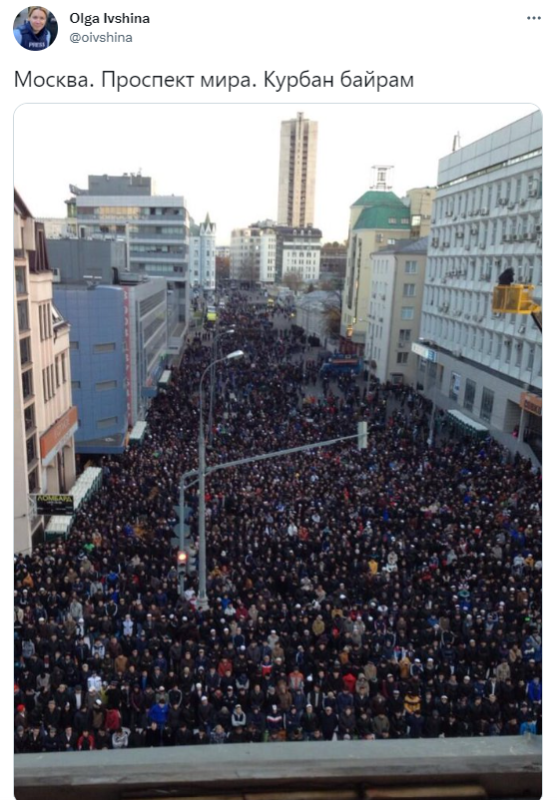 When we compared the viral image with the Twitter post, we realised that the location of both the images is the same. 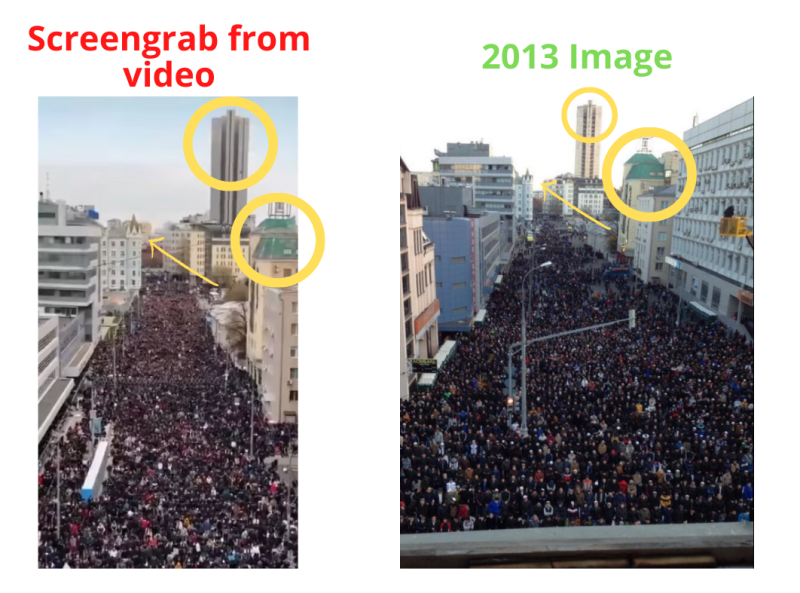 We then searched further and found a better picture uploaded on a Russian website with the description, “Have Muslims conquered Europe” in 2015. We also noticed “495” written as an area code number in one of the advertisements. Taking a cue from this, we searched and found that 495, 498, and 499 are three area codes of Moscow, Russia. 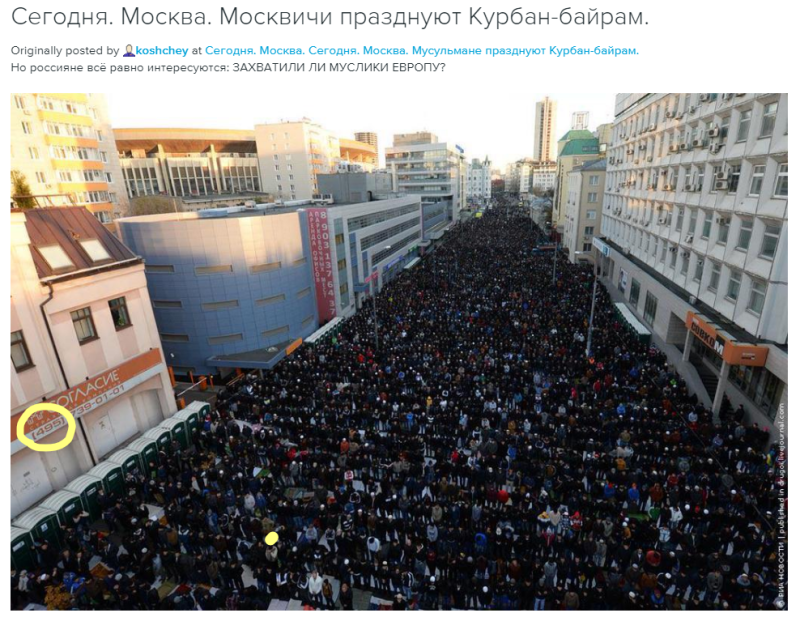 We searched on Google Maps and found Moscow Catherdral very similar to the mosque seen in the viral video. We found the same image uploaded on Alamy stating that it is indeed Moscow Cathedral Mosque. 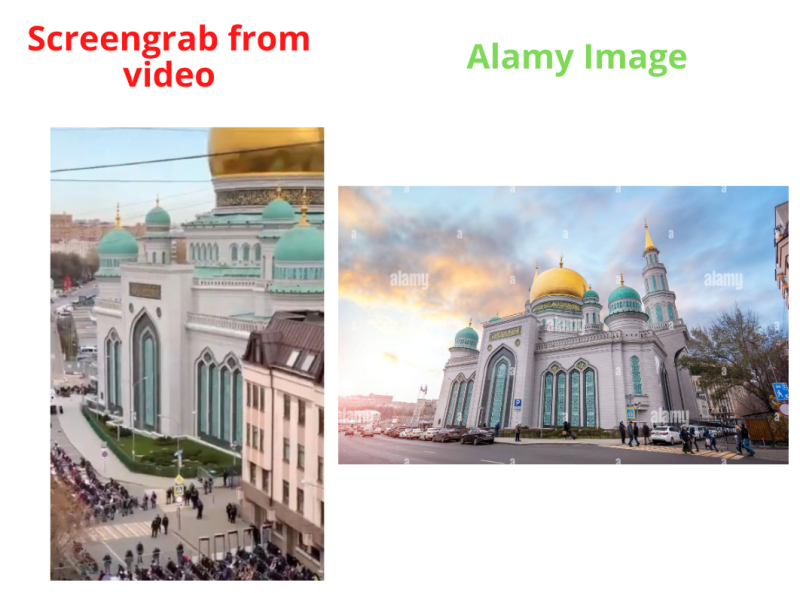 Moreover, we found a news article that stated Eid was celebrated this year as well in Moscow. It carried similar images of the Moscow Cathedral Mosque. Also, according to various news reports, the French government banned public prayers on the streets in 2011.

Thus, it is evident from the above information that an old video from Russia is being falsely shared as Muslims offering prayers on the streets of France.