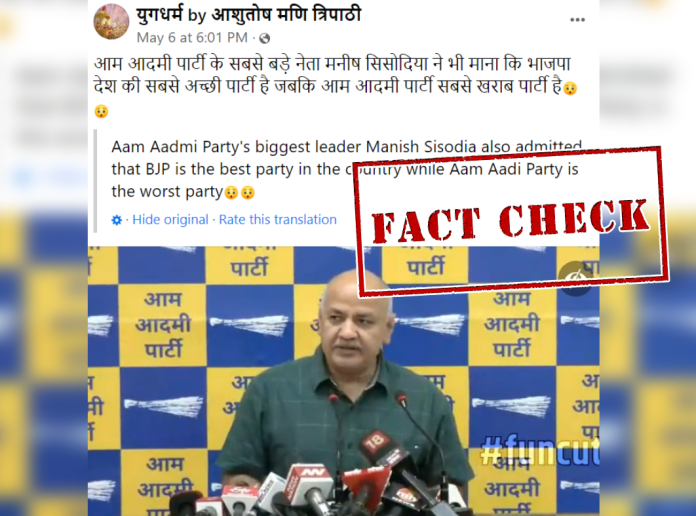 A video of Delhi Deputy Chief Minister Manish Sisodia is being widely shared on social media. In the video, while addressing a media conference he says that according to a survey, AAP has been perceived to be the worst political party involved in rioting. He further states in the video that people voted for BJP to have leaders with highest education levels. 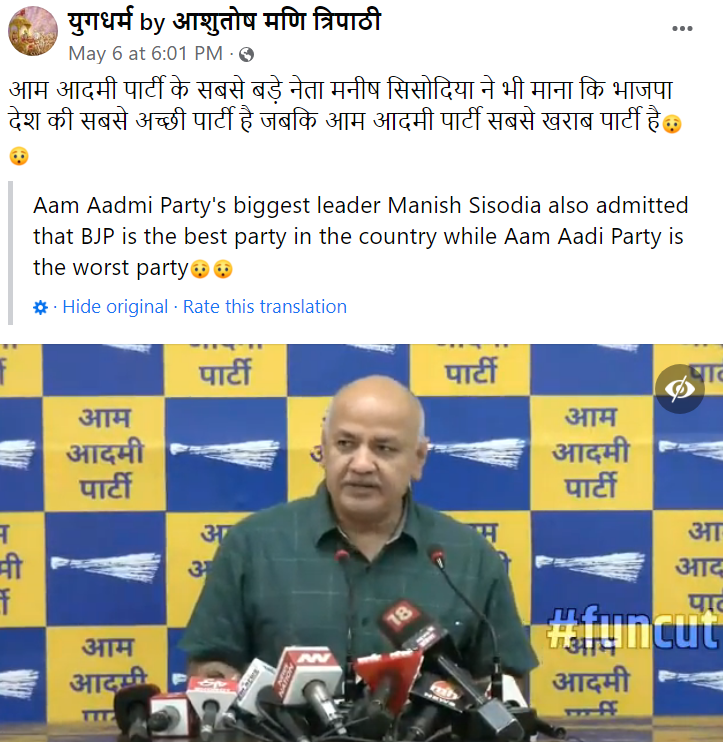 We listened to the video carefully and found many inconsistencies including multiple jump cuts besides out of sync audio. This suggested that this video might be doctored. Further, many users replying to the video also hinted that the video is altered.

Taking a cue from this, we did a keyword search and found the same video uploaded on the official Twitter handle of Manish Sisodia on May 4, 2022. In the video, he can be seen heard saying the opposite of the viral video. In the original video, Sisodia claims that most people perceived BJP to be involved in rioting and hooliganism, according to a survey. He also states that many people believe AAP to have maximum educated leaders.

The same video was also uploaded on the official YouTube of AAP. The viral part can be heard from 10 seconds to 2:25 seconds.

Manish Sisodia also tweeted the results of the mentioned survey in a separate post.

Thus, it is evident from the above information that the viral claim is false.

Congress Leaders Lash Out At Centre Over Suppression Of Protest