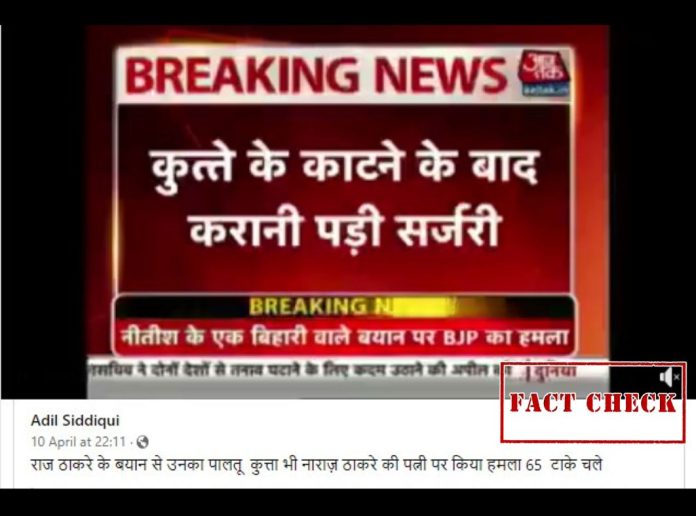 Recently, a video clip purportedly showing an Aaj Tak news report is being widely shared on social media platforms with the claim that Maharashtra Navnirman Sena (MNS) chief Raj Thackeray’s wife was recently attacked by their pet and got badly injured due to the incident.

The clip has started doing rounds on social media following Raj Thackrey‘s recent statement on loudspeaker row in the state.

A Facebook user shared the video with a caption in Hindi saying, “Raj Thackeray’s statement, his pet dog is also angry. Attacked Thackeray’s wife, she got 65 stitches.” 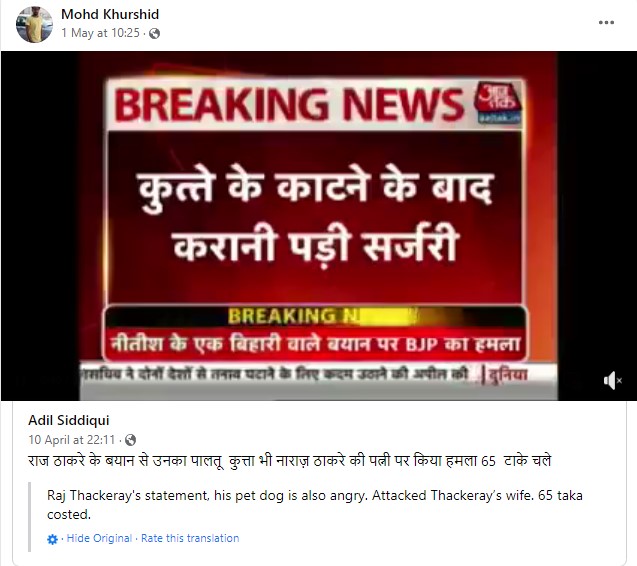 On performing relevant keyword searches, we found several reports stating Raj Thackeray’s wife Sharmila was attacked by their pet dog and received 65 stitches, published back in 2015.

According to an India Today report, Sharmila was badly injured after one of their dogs, Bond, bit her face. She had to undergo surgery in Mumbai’s Hinduja hospital. 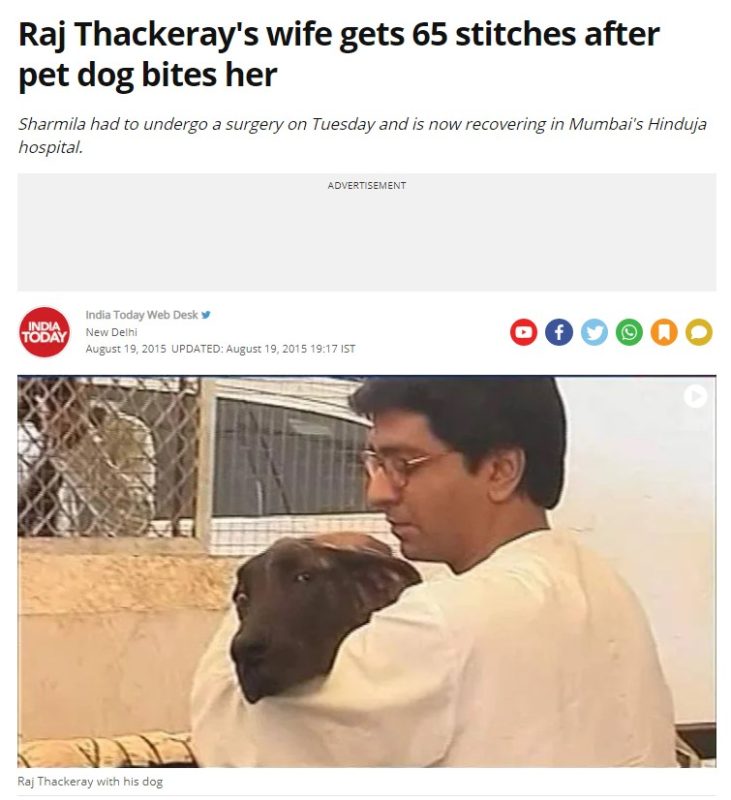 On further checking, we found the Aaj Tak news report uploaded on YouTube on August 19, 2015, a part of which is now going viral. 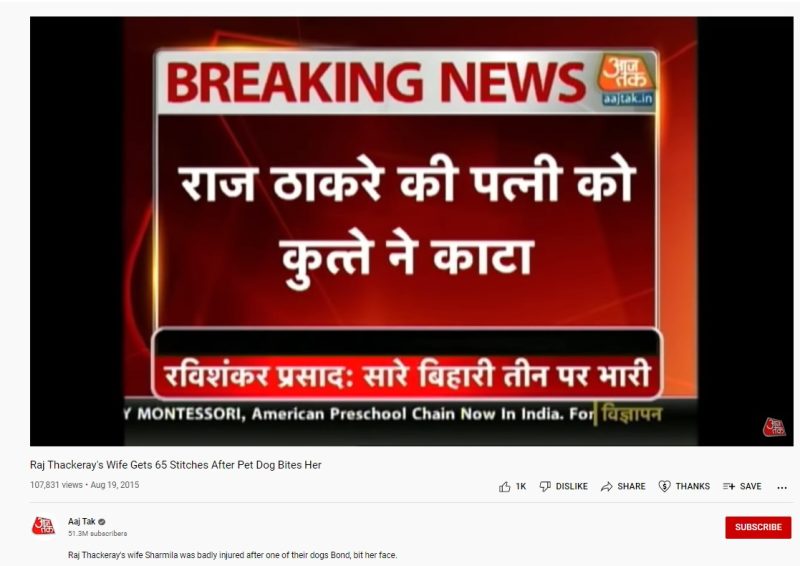 Therefore, with the above information, we can conclude that the viral post is an old news report from 2015 about Raj Thackeray’s wife being attacked by their pet dog is being shared as a recent one.