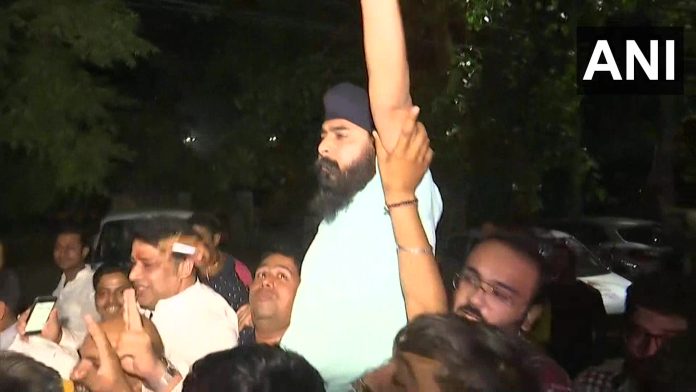 New Delhi: Following a massive turn of events since Friday morning, Bharatiya Janata Party (BJP) leader Tajinder Pal Singh Bagga termed his detention by the Punjab police as ‘illegal’ and said that he will keep fighting until Delhi Chief Minister Arvind Kejriwal apologised for his comments on Kashmiri Pandits.

How The Turn Events Unfolded:

Earlier this month, the Punjab Police registered a case against Bagga on charges of making provocative statements, promoting religious enmity, and criminal intimidation for targeting Aam Aadmi Party (AAP) leader Arvind Kejriwal over his comments on ‘The Kashmir Files’.