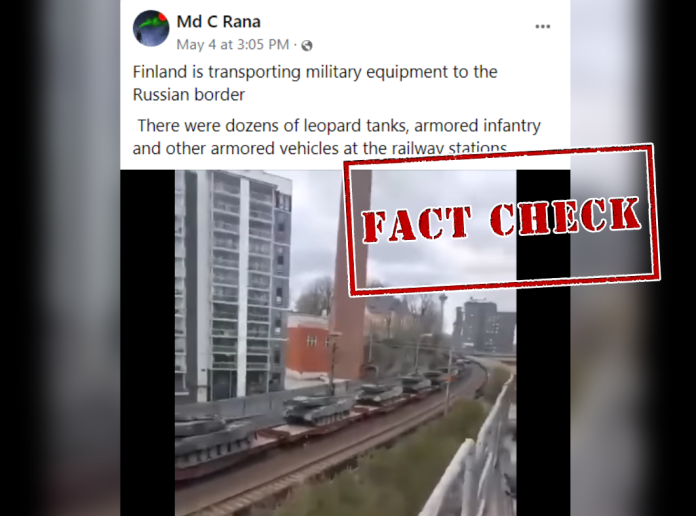 Amid the rising tensions between Russia and Finland following Finland’s  decision to apply for NATO membership, a video is being widely shared on social media with a claim that Finland is moving its military tanks to Russian border.

The video is being shared on Facebook with the caption, “Finland is transporting military equipment to the Russian border There were dozens of leopard tanks, armoured infantry and other armoured vehicles at the railway stations.” 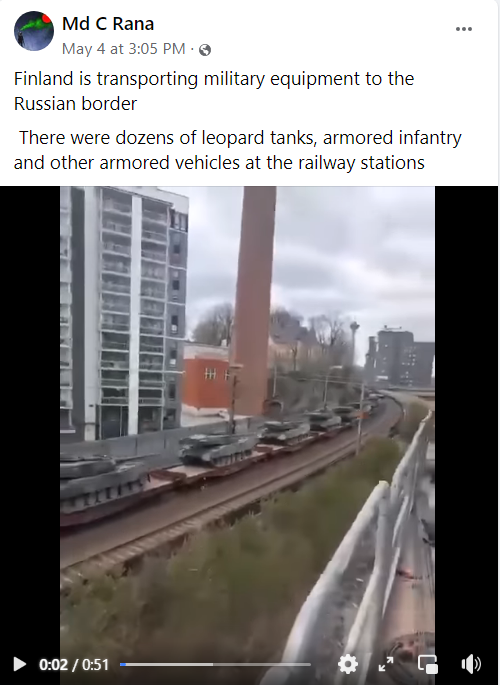 Starting with our investigation, we performed a keyword search but could not find any credible media report corroborating the viral claim. Had Finland started such an escalation in the ongoing war, it would have been covered in detail by the media.

Later, we extracted keyframes from the viral video using the InVid Tool and performed a Reverse Image Search. This search directed us to a tweet posted by the official handle of ‘Finnish Defence Forces’ that stated: “A video has been circulating online claiming to show tanks being moved to Finland’s borders. This is not true. The tanks were being moved to the army mechanised exercise Arrow 22. The exercise takes place in Niinisalo and Säkylä. More info on our website. ”

A video has been circulating online claiming to show tanks being moved to Finland’s borders. This is not true. The tanks were being moved to the army mechanised exercise Arrow 22. The exercise takes place in Niinisalo and Säkylä. More info on our website. https://t.co/6HbJbFOcmi

More information related to the Arrow 22 exercise can be seen here in the Press Release. 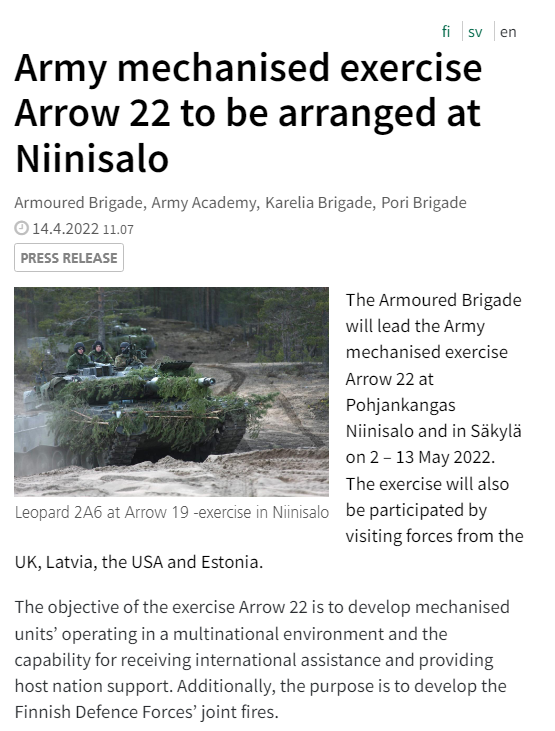 Col Rainer Kuosmanen, commander of Finland’s Armoured Brigade, also shared images of the above-mentioned exercise on May 2 stating, “#ARROW22 begins today. The troops of the Armored Brigade traditionally transfer to training by train. In the evening, these carriages are already in their grouping area in Pohjankangas.” 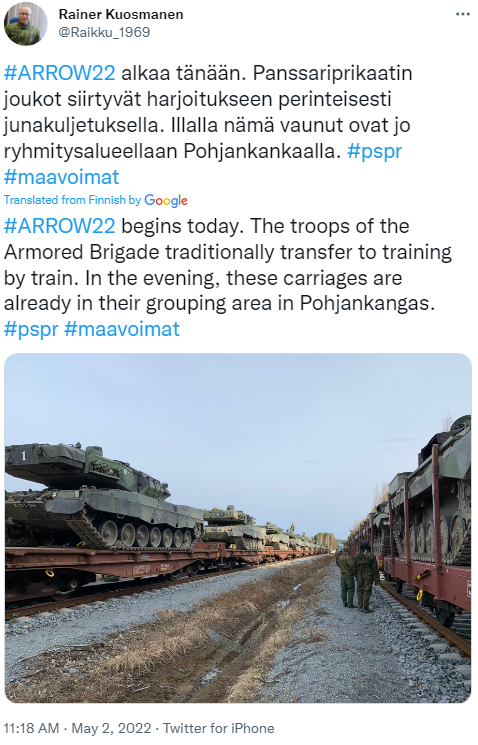 Thus, it can be concluded that the viral video does not show Finland moving tanks to the Russian border.