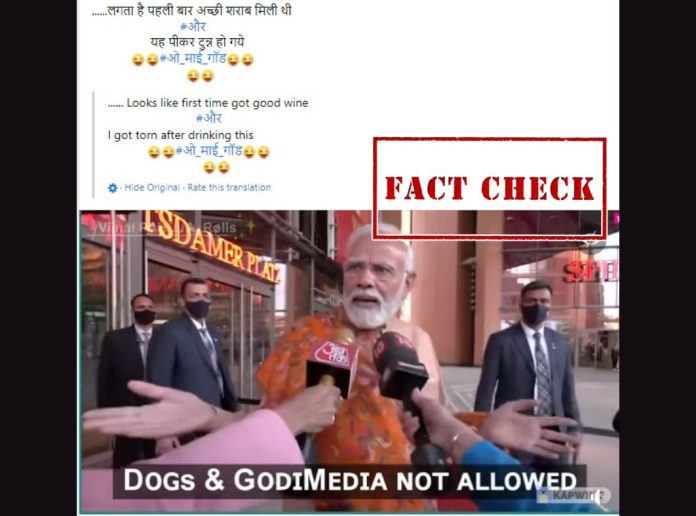 Prime Minister Narendra Modi began his three-day, three-nation tour to Germany, Denmark, and France on May 2, 2022.

Following this, a video started doing rounds on social media platforms showing PM Modi’s brief conversation with the media. Several social media users are sharing the video with captions suggesting that PM Modi can be seen in an intoxicated state in this video.

A Facebook user shared the video with the caption in Hindi that roughly translates to, “Looks like the first time got good wine. He got drunk after having this.” 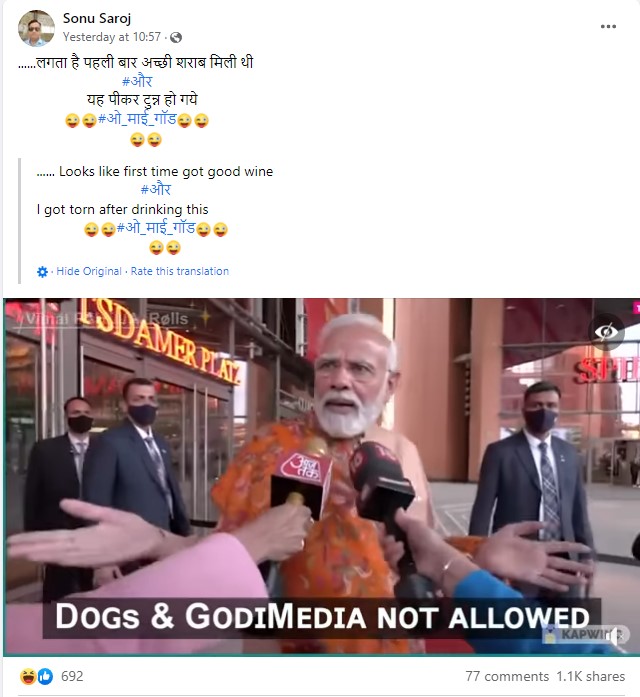 The same video is also doing rounds on Twitter with the same claim.

NewsMobile fact-checked the viral video and found it to be manipulated.

On performing keyword searches, we found the clip carried in a Lallantop video report. Several users on social media have also shared the original clip whose audio has been slowed down to insinuate that PM Modi is in an inebriated state. The relevant section can be seen at the 7 minutes and 52 seconds mark in the video. 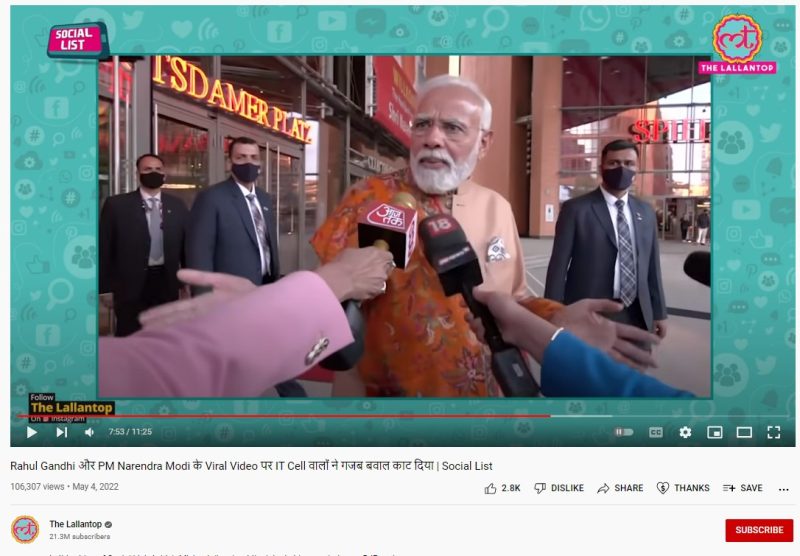 Therefore, with the above information, it can be concluded that the viral video is manipulated.