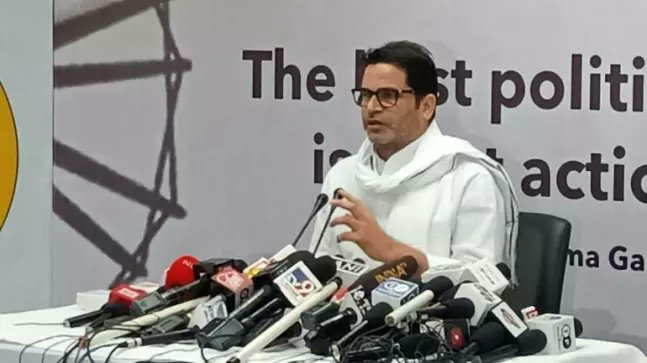 New Delhi: Amid much speculations, election strategist Prashant Kishor, on Thursday ruled out the likelihood of him launching a new political party in Bihar for now.

Meanwhile, he announced a 3,000 kilometres long ‘padyatra’ from Gandhi Ashram in West Champaran from October 2 to meet ‘as many people as possible’ as part of his mission to bring ‘nayi soch, naya prayas’ (new thinking, new effort) in Bihar.

This comes days after he had declined the offer to join the Congress. Citing a difference of opinion with the Grand Old Party, Kishor said, “I thought a group like this would not have that power to bring any major change. I could not have added to anything to Congress.”

During a press meet, Prashant Kishore said that there are no elections in Bihar in the near future, so a political party was not part of his plan for now leaving options open for the future.

“I want to start from zero- I will spend the next three-four years reaching out to people with the idea of Jan-Suraj (public good governance),” he said.