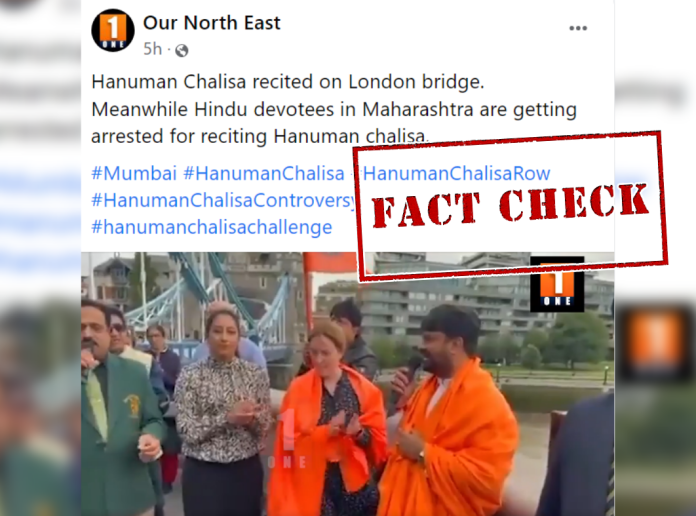 After announcing that they will recite Hanuman Chalisa at Maharashtra Chief Minister Uddhav Thackeray’s private mansion ‘Matoshree’ in Mumbai, Amravati Navneet Rana and her husband Ravi Rana were detained on allegations of sedition, beside other charges. This stirred a massive row across Maharashtra.

In this backdrop, a video montage of several images and footage of Indians, along with foreign nationals standing at the Tower Bridge in London is being widely shared on social media with a claim that they are chanting Hindu hymns in support of Hanuman Chalisa in Maharashtra.

The video is shared on Facebook with the caption, “Hanuman Chalisa recited on London bridge. Meanwhile, Hindu devotees in Maharashtra are getting arrested for reciting Hanuman Chalisa.” 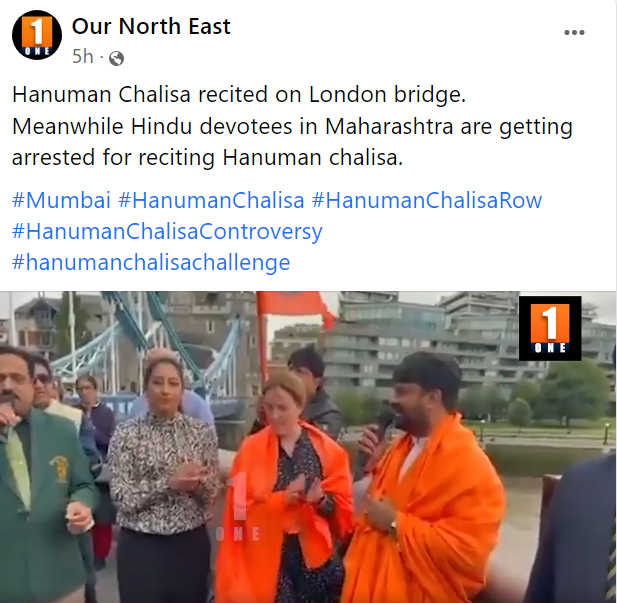 Using the InVid Tool, we extracted keyframes from the viral video and performed a Reverse Image Search. This search directed us to a Facebook page named ‘Hindus in the UK’ that carried the same viral video on September 2, 2021. According to the video, it showed “Shravan Month and Krishna Janmashtami celebrated at Tower Bridge (Central London), with the recital of the Shree Hanuman Chalisa for world peace and harmony.” The event was organised by the International Siddhashram Shakti Center in Harrow, London which also carried similar images. 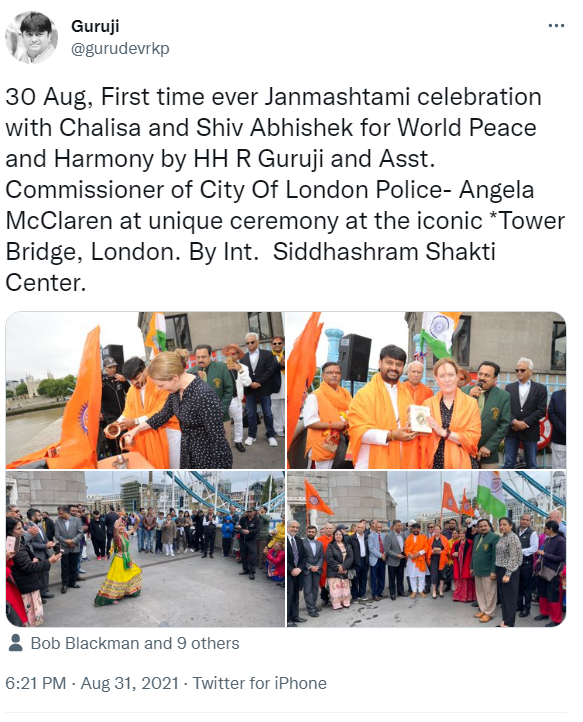 The video was also shared by several social media users in 2021 with similar claims that that Krishna Janmashtami celebrations were held at the Tower Bridge in London. 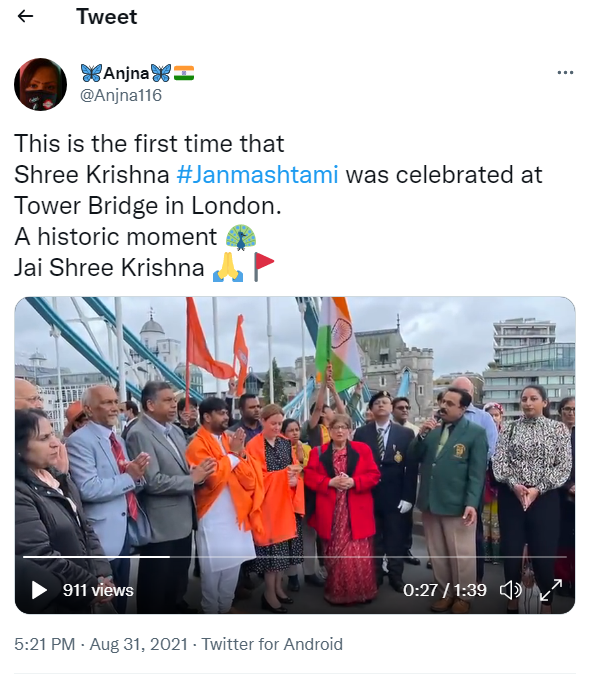 Thus, it is evident from the above information that an old video is being falsely shared as people reciting ‘Hanuman Chalisa’ in London amid the ongoing row in Maharashtra. Therefore, the viral claim is misleading.