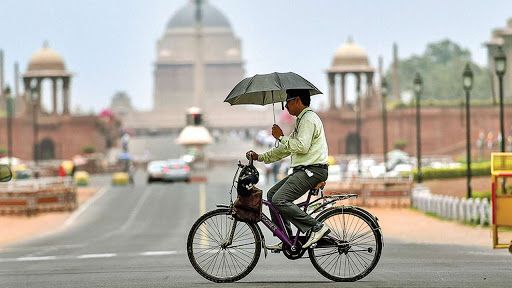 New Delhi: The Indian Meteorological Data (IMD) on Tuesday predicted that the maximum temperature in the national capital is 39 degrees Celsius.

IMD also predicted isolated rainfall and thunderstorms in parts of Bihar, Jharkhand and Odisha in the upcoming days.

According to the reports, Delhi is likely to observe partly cloudy skies. The maximum temperature over Northwest India is likely to fall by 2-3 degrees Celsius over the next few days and increase thereafter.

Under the influence of western disturbance, isolated light rainfall with thunderstorms is predicted over the next two days in parts of Punjab, Uttar Pradesh, Haryana, and Rajasthan. The maximum temperature in Delhi will rise in the upcoming days upto 41 degrees Celsius.