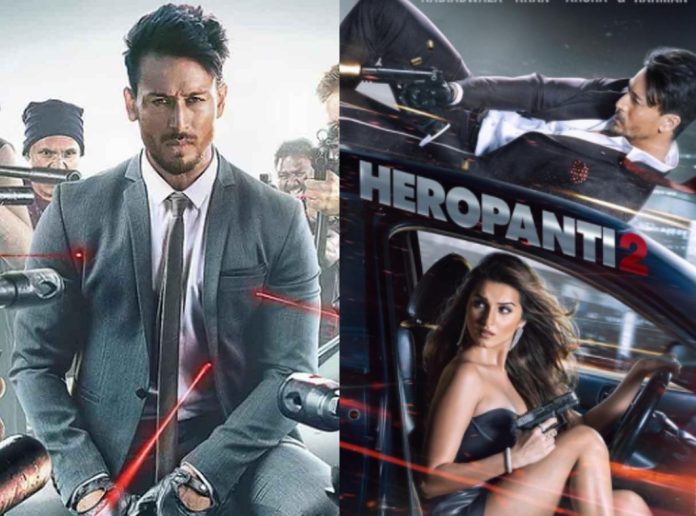 Heropanti 2, starring Tiger Shroff and Tara Sutaria, is released in theatres On Friday. The movie received mixed reviews from moviegoers on the internet.

While the trailer and songs received a lot of love from fans. For the movie, some people found it interesting for its action sequences, others thought it was illogical and a disaster. One of the dialogue “Choti Bacchi Ho Kya” trended and reached to the memeculture, which popularised the movie.

Tiger Shroff and Tara Sutaria are returning on screen for the second time, and the film is the official sequel to Tiger Shroff’s Bollywood debut in 2014, Heropanti.

The narrative of the film centres around ‘Babloo,’ a young man on a mission to save the country from Laila’s evil plans. Nawazuddin Siddiqui portrays ‘Laila,’ the main antagonist. AR Rahman, an Oscar-winning artist, composed the film’s songs.

Here’s how the internet is reacting to the movie.

EXTRAORDINARY Advance sale for #Heropanti2 at national chain multiplexes, surpassed ₹ 5 cr mark for day-1. Surreal for a Mass Film to have such advance.. Single Screens booking are quite low & would depend on spot sale.. Overall Heropanti-2 all set for a BIG OPENING tomorrow.

DISASTER opening of 5-10% for #Runway34. Worst in a long long time for a 90s star.#Heropanti2 is 15% range but box office for this one is not worth talking about.#KGF2 possibly will dominate the weekend.

#NawazuddinSiddiqui looks at #TigerShroff during an action scene and says:

I think we should make it happen. For the culture. #Heropanti2 over. I survived!

Worst sequel to ever grace Indian cinema with absolutely no entertainment and actings . #Tigershroffs pale expressions , #NawazuddinSiddiqui irritates to the core and #TaraSutaria is wasted as a glam girl . Will be disaster of epic proportions ! Avoid it .

When tiger’s dialogue #ChotiBachiHoKya is more famous than himself
tiger : pic.twitter.com/sFPCA20ADR

This is One of the Worst Film ever made in India.

Each & Every Scene of this Film are terrible & illogical..
I can’t describe more tht how bad it was!!

#Heropanti2 : Truly an unforgettable experience. Ahmed Khan surpasses his own masterpiece #Baaghi3 by margin Tiger beats Stallone, Nawaz beats #Joker. I doubt, if #Avatar2 can manage to beat this. Double the fun, double the action, and so double the Rating