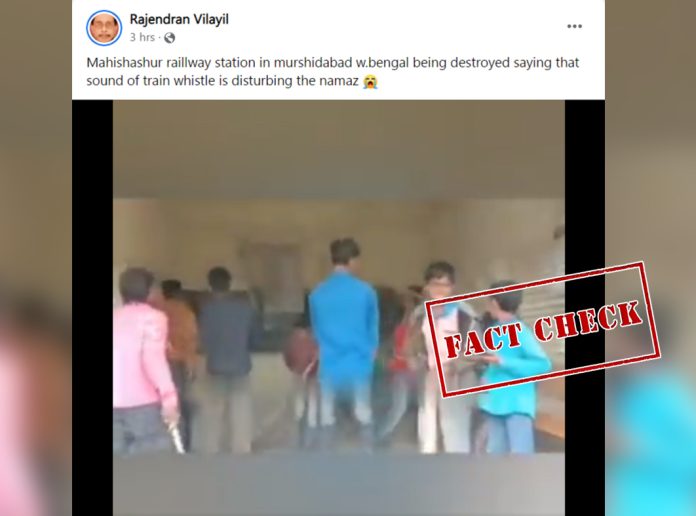 A video showing some people vandalising a railway station is being circulated on social media with a claim that the station was attacked in West Bengal after a train whistle disturbed their prayers.

Facebook users were sharing the post with the caption, “Mahishashur railway station in Murshidabad w.bengal being destroyed saying that sound of a train whistle is disturbing the namaz.” 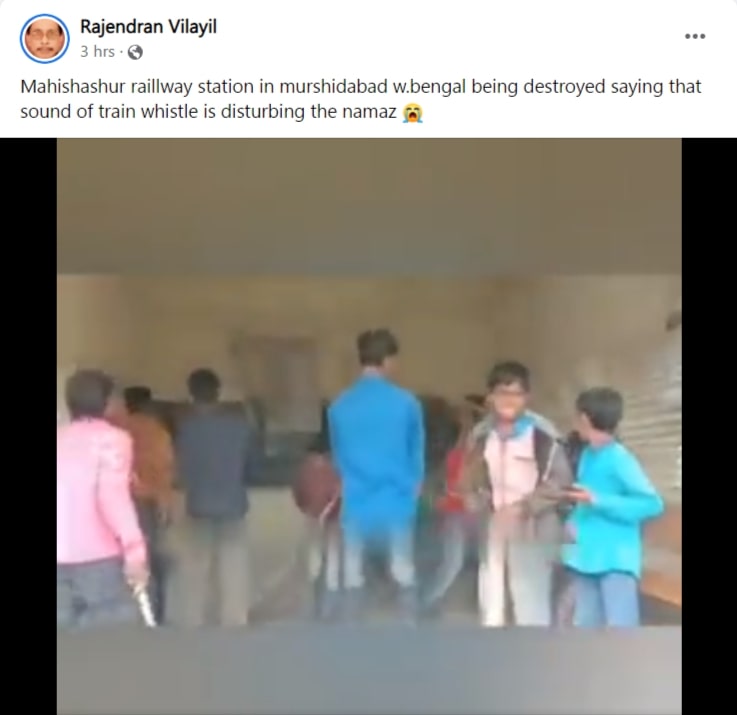 While looking for similar posts on Facebook, we found that a user shared visuals of the same incident back in December 2019. As per the caption, the video was related to anti-CAA protests in West Bengal. 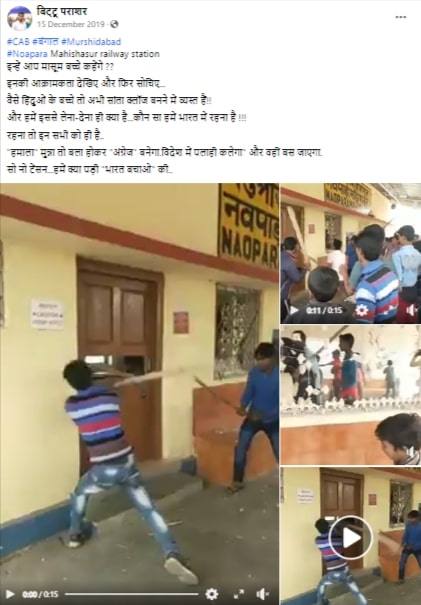 In all the video, the name of the railway station — Naopara Mahishasur — can be seen. We checked and found that the station comes under Murshidabad district in West Bengal.

Taking a cue from this, we ran a keyword search and found the same video on the YouTube channel of Wild Films India with the title “Young men vandalise railway station in West Bengal | CAA/ NRC incidents in India.”

A camparison of screngrabs from both the videos show that the videos are same.

We also found multiple reports stating that in 2019 ‘Railways reportedly suffered losses of properties worth Rs 84 crore in violence related to protests against CAA and NRC in West Bengal from December 13 to 15.’ 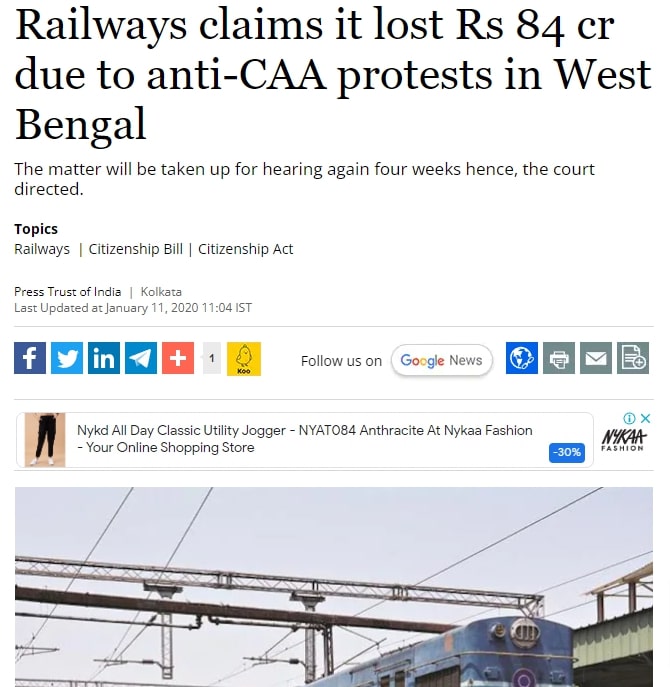 Hence, from the above fact check, it is clear that the viral video was taken in 2019 during the anti-CAA protest and is being circulated with a false communal twist.