Fact Check: Did Elon Musk Tweet That He Is Going To Buy Facebook? Here’s The Truth | Newsmobile
Thursday, August 11, 2022

Home NM FACT CHECKER Fact Check: Did Elon Musk Tweet That He Is Going To Buy... 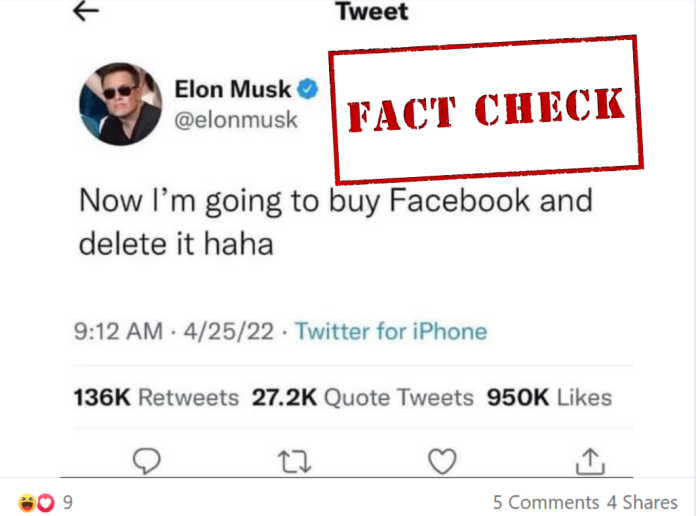 On April 25, Elon Musk struck a deal with microblogging site Twitter for buying it for $44 billion. Against this backdrop, a screenshot of a tweet allegedly posted by Elon Musk is being widely shared on social media claiming that Musk is going to buy Facebook and ‘delete’ it later. 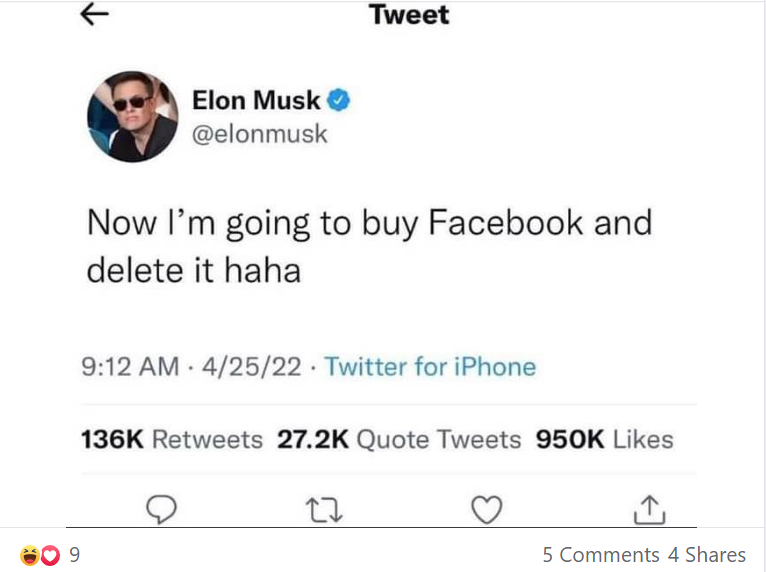 Starting with our investigation, we checked Musk’s Twitter handle but could not find any such tweet dated April 25, 2022.

We also performed a Twitter Advanced Search but could not find any such tweet on Musk’s timeline. 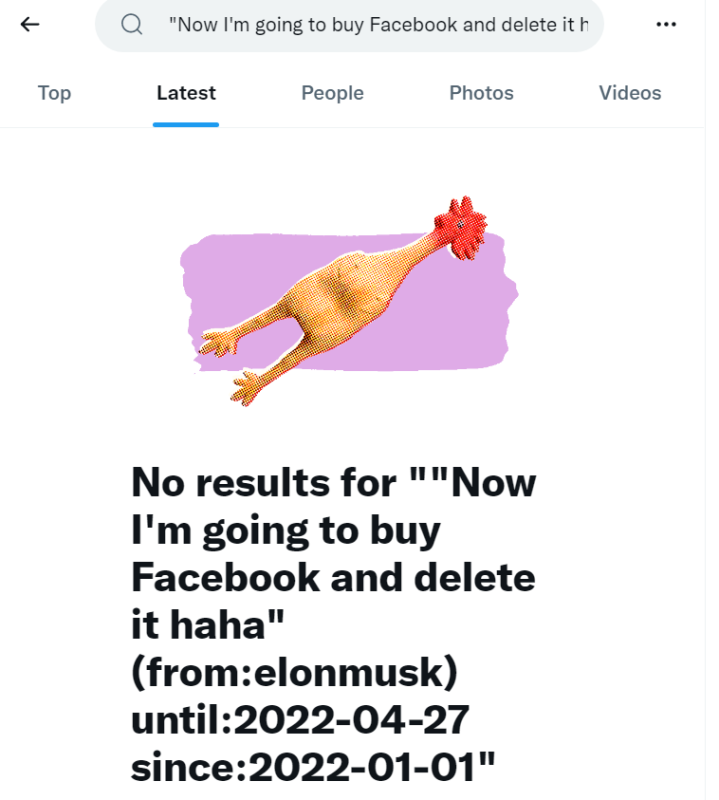 More searches directed us to a Twitter handle named “FakeNewsNetwork” that published the same tweet that read, “Now I’m going to buy Facebook and delete it haha.”

Now I’m going to buy Facebook and delete it haha

We also searched for news articles but could not find any credible media report corroborating the viral claim. Had Elon Musk tweeted any such claim it would have been covered by mainstream media and made headlines.

Thus, it is evident from the above information that the viral screenshot is fake.