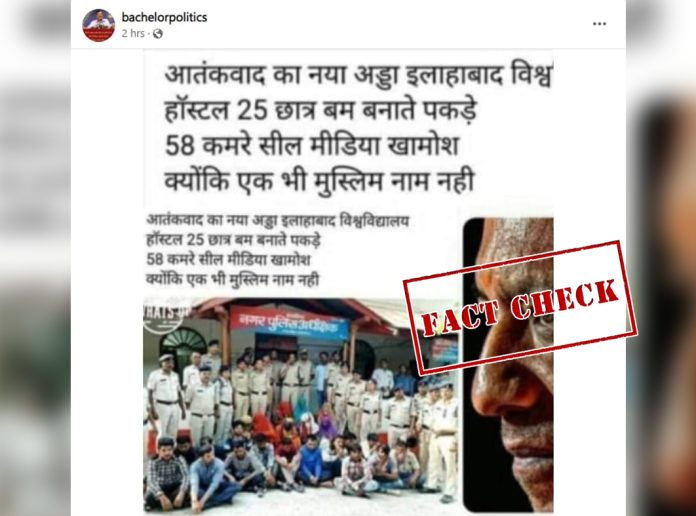 An image of some people with cops standing outside of a police station is doing rounds on social media. It is being shared with a claim that 25 students of Allahabad University were arrested by UP Police for making bombs. 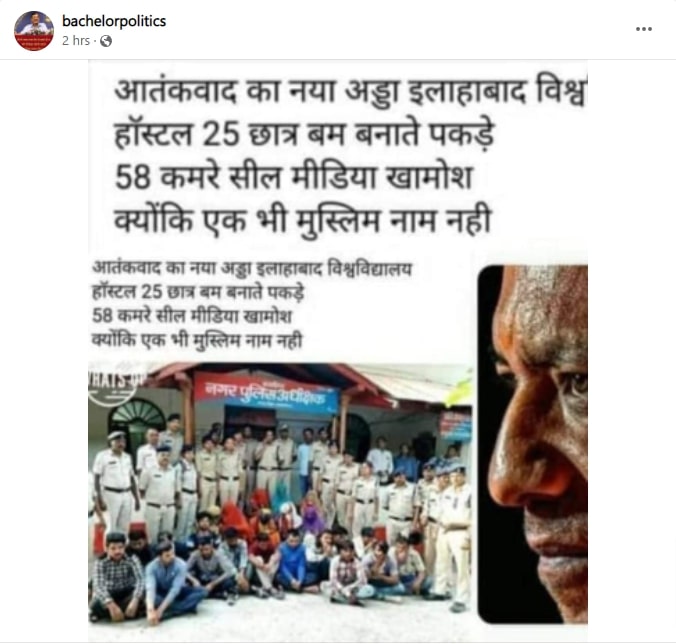 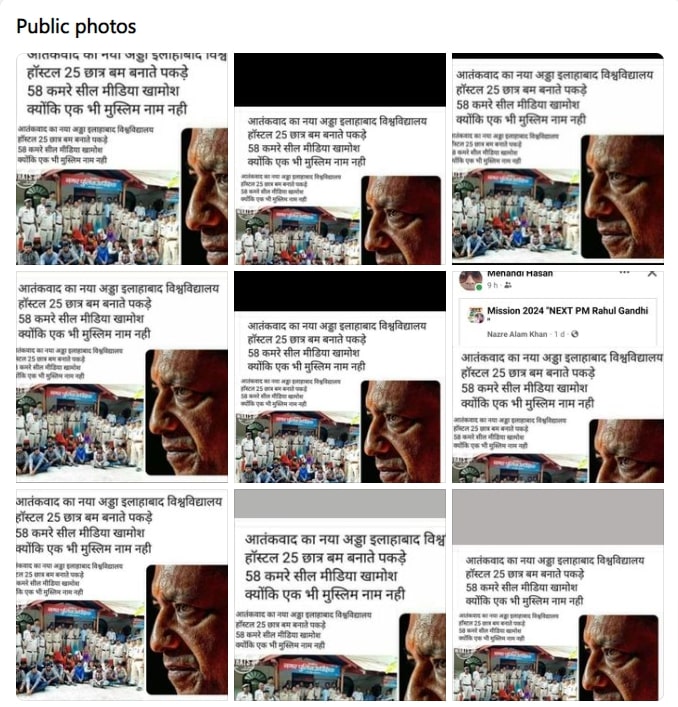 On putting the picture through Reverse Image Search, we found the original picture in an article by media outlet Mandsaur Sandesh dated July 14, 2019. 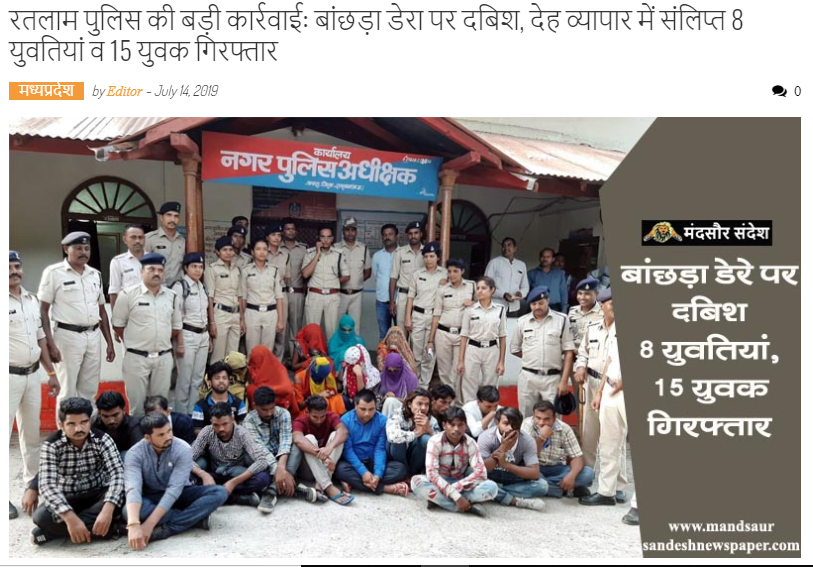 The same news was also covered by Patrika in July 2019. As per the report, the Ratlam Police raided a red light area located in Parwalia village in Madhya Pradesh, where 15 youths and 9 girls (including 1 minor) were arrested for involvement in a sex racket. The report further mentioned that the girls were sent to Ratlam after a medical test.

NewsMobile also debunked the same image in 2019 when it was shared with a claim that these people were arrested for kidnapping children.

No! These people were not arrested for kidnapping children

Hence, from the above fact check, it is clear that the viral picture is old and is being shared with a false claim.