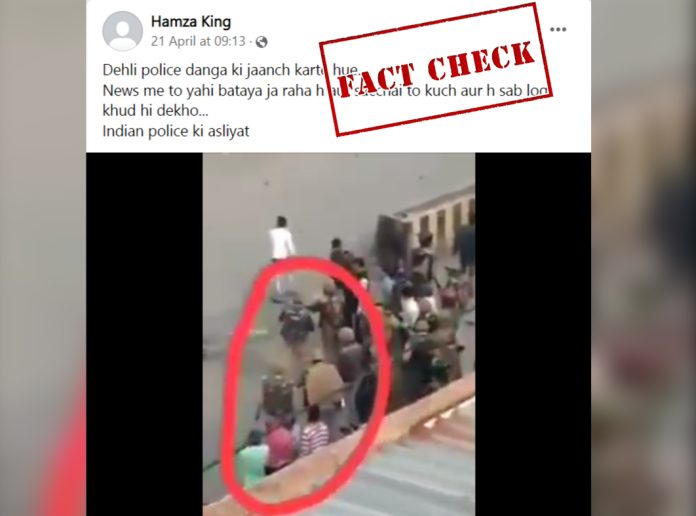 Following recent clashes in Delhi’s Jahangirpuri during Hanuman Jayanti procession, a video of police standing on the sidelines while some people are throwing stones is being shared. Later in the video, a cop can also be seen firing. 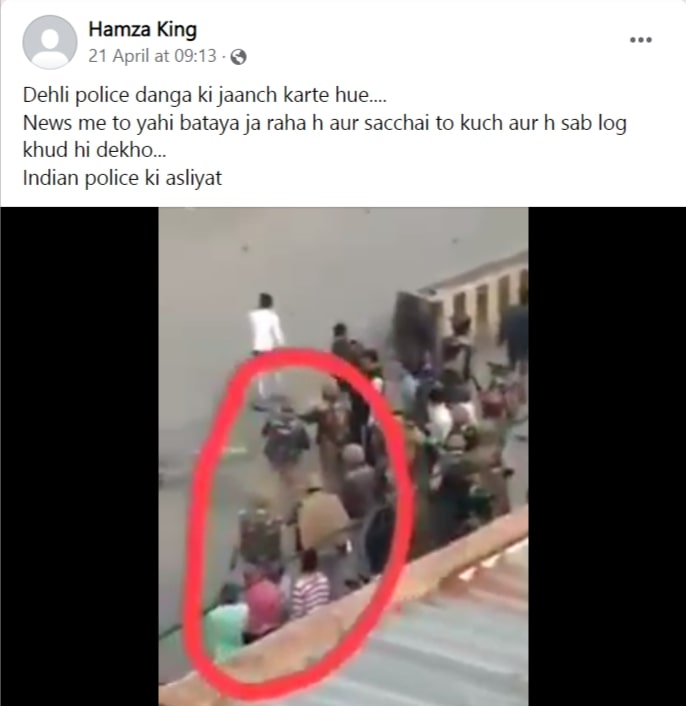 NewsMobile fact-checked the video and found that it is being shared with a misleading context.

On putting the keyframes of the video through Reverse Image search, we found that the same video was shared on Facebook in February 2020 with a similar claim.

We also found that the video was shared on Twitter on January 1, 2020, by Arvind Chauhan, a journalist with The Times of India. According to his Twitter thread, the video was taken in UP’s Firozabad during CAA protests. 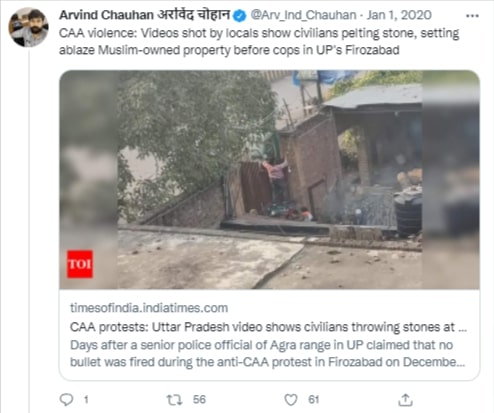 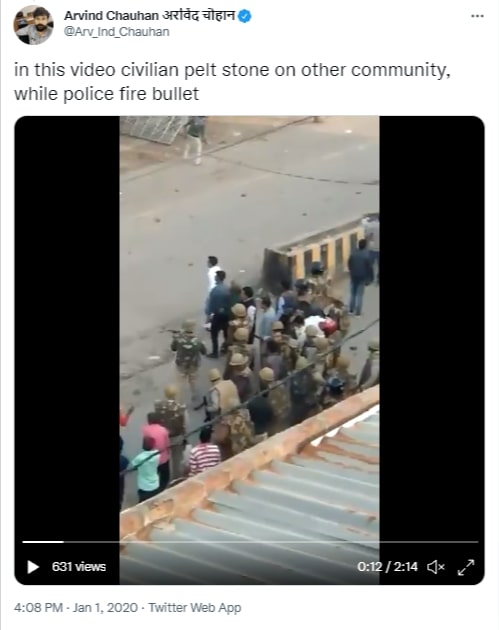 On searching further, we found the archive version of the TOI article dated January 1, 2020. The article featured screenshots from the same video and the headline of the report read, “CAA violence: Videos shot by locals show civilians pelting stone, setting ablaze Muslim-owned property before cops in UP’s Firozabad.”

The description of the video read, “Days after a senior police official of Agra range in UP claimed that no bullet was fired during the anti-CAA protest in Firozabad on December 20, at least four videos have emerged in which police are not only shown purportedly firing at the protesting mob, but are also helped by unidentified civilians, who are seen throwing stones from their side. In another video, a mob is seen setting a shop on fire in the presence of the police force. Six people were killed by bullet injuries in the anti-CAA protest on December 20.” 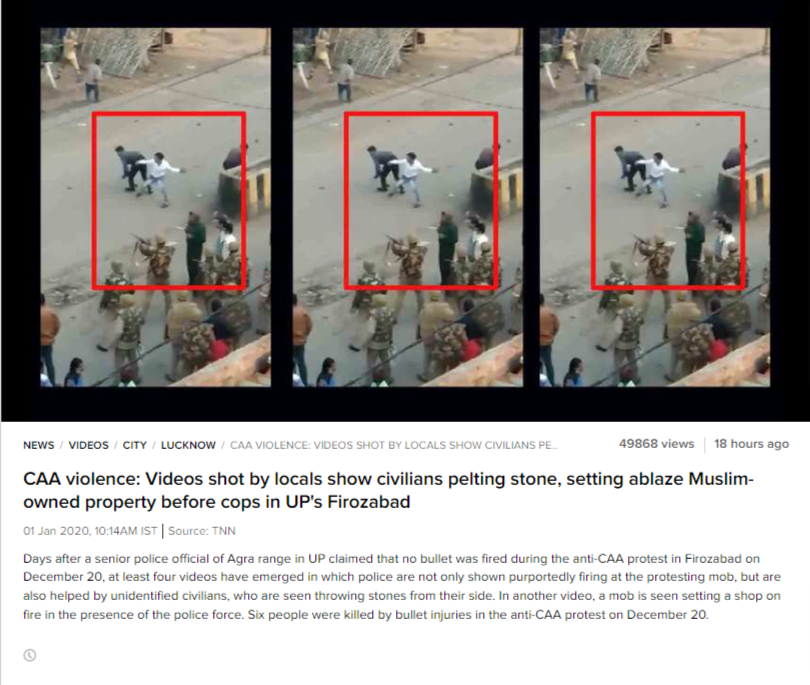 Thus, from the above information, we can establish that the viral video is old and not connected to the recent Jahangirpuri violence. Hence, the post is misleading.