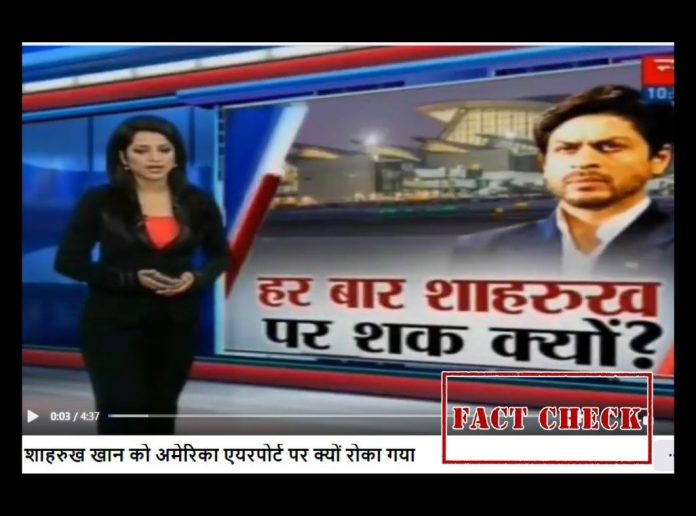 Recently a clip from a news report went viral on social media platforms with the claim that Bollywood actor Shah Rukh Khan was recently detained at an airport in America.

A Facebook user shared the video with a caption in Hindi that roughly translates to, “Why Shah Rukh Khan was stopped at an American Airport.”

On performing Reverse Image Search, we found the same video report on the News24 YouTube channel on August 12, 2016. “US Customs Apologise for Detaining Shah Rukh Khan at the Airport,” reads the title of the video.

According to reports, back then, Khan expressed his disappointment at being “detained” by US authorities at Los Angeles International Airport.

In response to this, the US Ambassador to India apologized for the detention in a tweet.

Therefore, with the above information, it can be concluded that the viral claim is misleading.