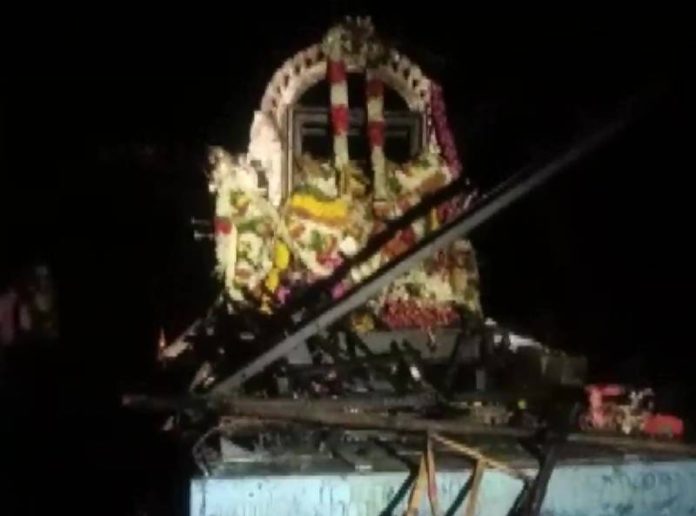 An FIR has been registered and an investigation has started in connection with deaths due to electrocution during the chariot procession in Appar Swami temple of Tamil Nadu’s Thanjavur on Wednesday.

A high voltage electric wire got came in contact with the temple chariot while it was being pulled by devotees, resulting in the death of 11 people, including two children.

“Prima facie it suggests that some high tension wire came in contact with the temple car (of chariot festival) during the annual chariot festival in the Kallimedu village,” said Balakrishnan,” said V. Balakrishnan Inspector General of Police, Tiruchi Range.

“The temple car was negotiating a turn and faced some obstacle before being reversed when it came in contact with the overhead line,” he added.

“A total of 11 people have died. Three people died on the spot and seven died in the hospital. 15 people are injured and have been taken to Thanjavur Medical College for treatment. FIR has been filed and an investigation into the matter has started,” the police official said.

Chief Minister’s Office announced to pay an ex gratia of 5 lakh to the families of 11 people who died in the incident.