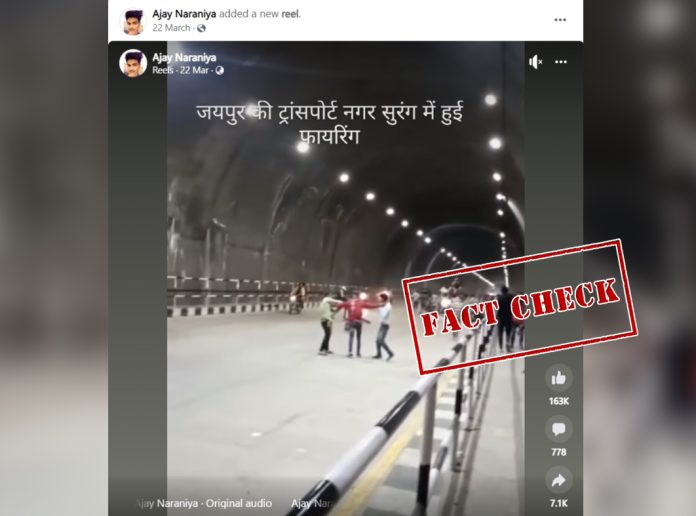 A video of people fighting inside a tunnel is doing rounds on social media. It is being claimed that this was a firing incident at Transport Nagar Tunnel in Jaipur, Rajasthan. 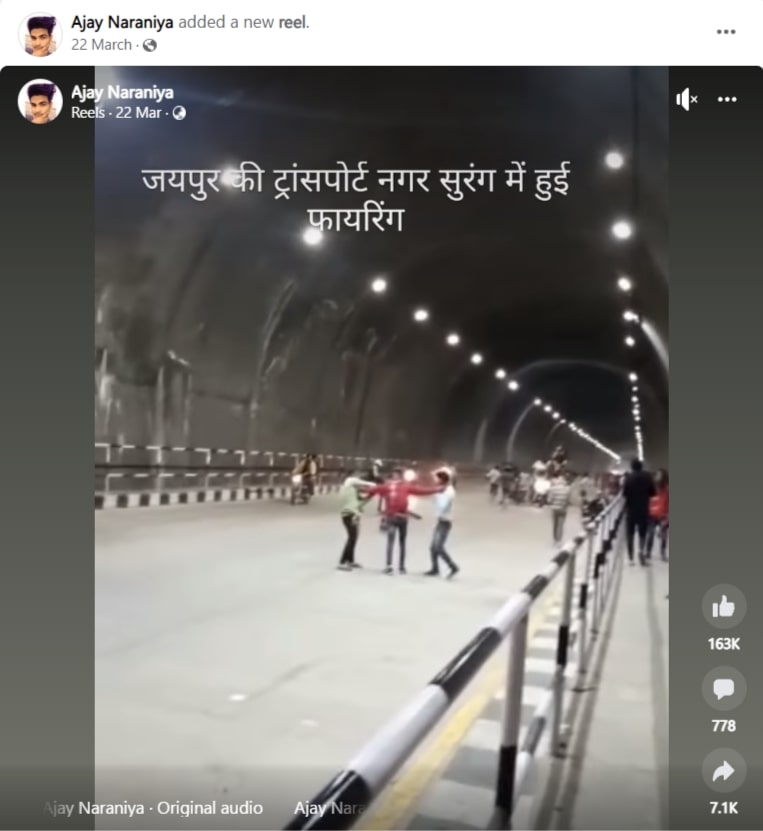 Here’s the link to the above video.

NewsMobile fact-checked the video and found that it is not from Jaipur and is being shared with a misleading claim.

We extracted keyframes of the video and put them through a Reverse Image Search. The search led us to the same video which was uploaded on a YouTube channel on March 6, 2022. The title of the video read, “Udaipur में Chirwa Tunnel के अंदर Boys का उत्पात, Police छानबीन में जुटी – Video Viral.” 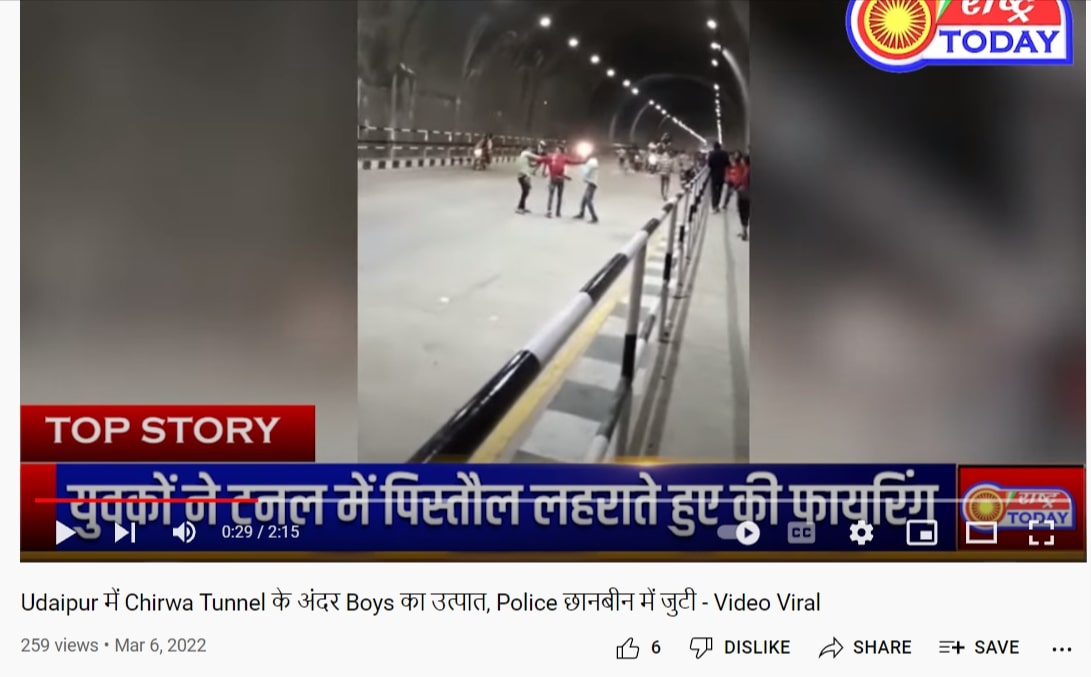 On investigating further, we also found that replying to the same video, the Udaipur Police clarified that no firing took place and the sound is of bikes being hit by a stick. The tweet read, “In the said case, there has been no incident of firing in Chirwa Tunnel. The video going viral in this regard is being investigated. It has been seen zoomed in, in which the sound of hitting the bike with sticks is believed to be firing, no such case has come to the notice of the police.” 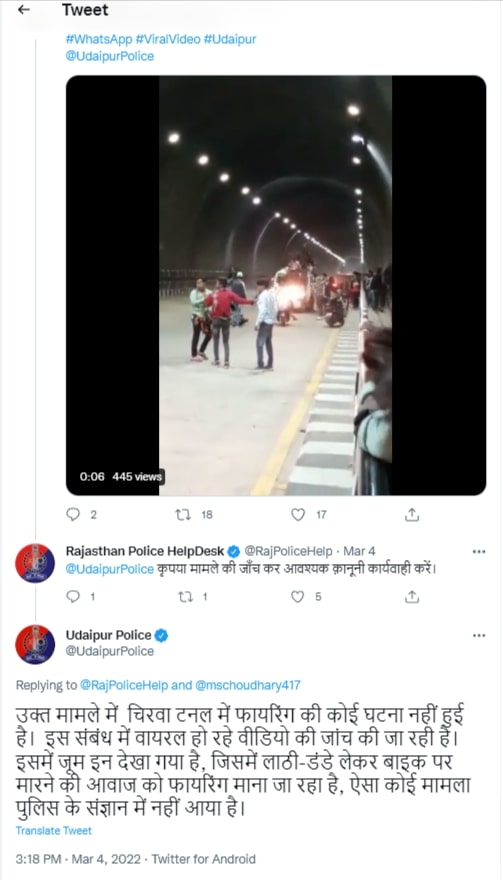 Hence, from the above fact check, it is clear that an old video from Udaipur is being shared with a misleading claim.