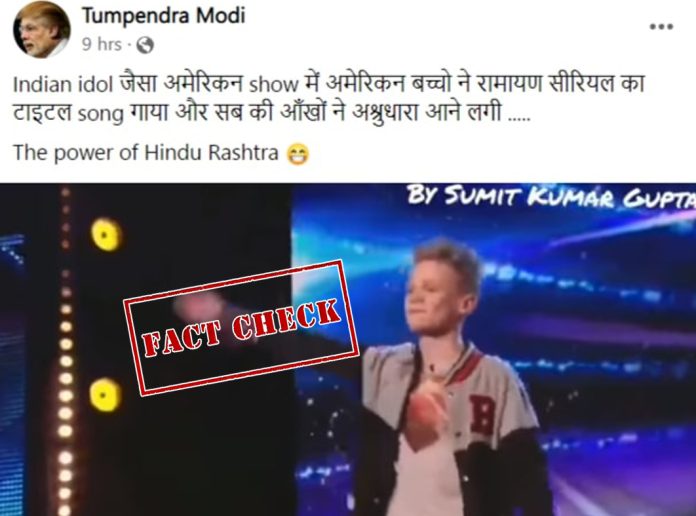 A video of two teenagers singing on a talent show is doing rounds on the internet with a claim that they were singing the Ramayan TV serial title song in an American talent show.

(English Translation: American children sang the title song of the Ramayana serial in an American show like Indian Idol and tears started pouring from everyone’s eyes…..The power of Hindu Rashtra) 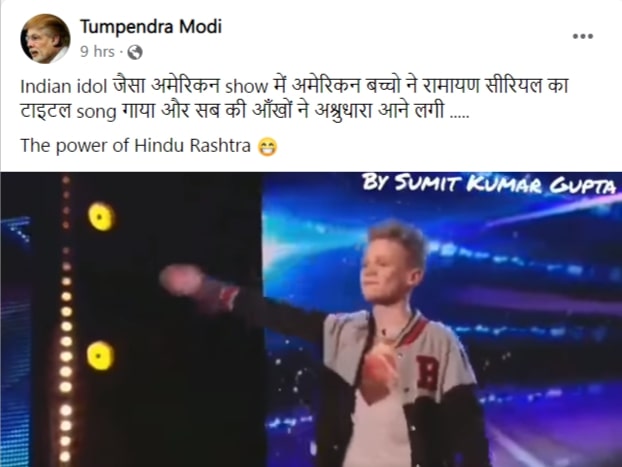 We ran a Reverse Image Search on keyframes from the video and found the same video on YouTube published on May 11, 2014. The title of the video read, ‘Britain’s Got Talent S08E05 Bars & Melody Duo Rap an original anti-bullying song Simon surprise’.

After watching the video, we found out that the viral clip in circulation has been edited.

To confirm this, we checked the verified YouTube account of Britain’s Got Talent and found the same video in which the teen rappers sang an English song against bullying and not the Ramayana serial title song.

Hence, it is evident that the video is edited to make it look as though the teenagers sang the Ramayan serial title song.

NewsMobile debunked the same video in 2021 when it was shared as teenagers singing the Ramayan TV serial title song on a talent show in the UK.

Hence, we can say that the video in circulation is altered and the claim is fake.