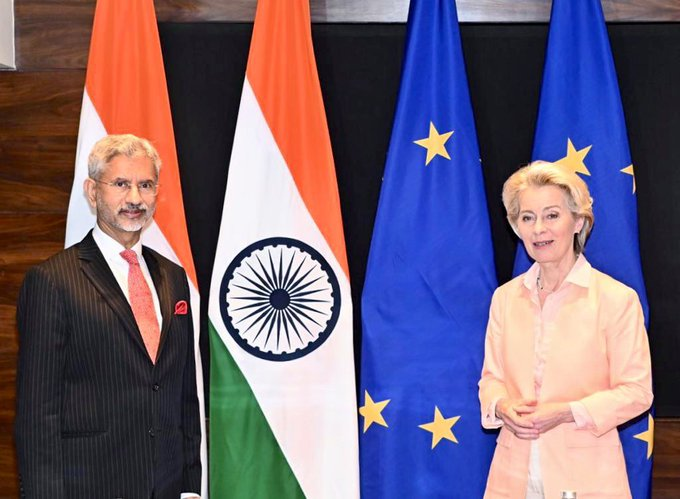 External Affairs Minister in a tweet said that “Pleased to call on President of European Commission Ursula Von Der Leyen. Discussed taking forward the India- EU partnership. Also exchanged views on the economic and political implications of the Ukraine conflict,”

The meeting was conducted after she visited Raj Ghat and paid homage to Mahatma Gandhi.

The meeting will have conversations around climate change, biodiversity loss, the energy and digital transition, connectivity, security and defense, and cooperation in the Indo-Pacific ties.

The President of the European Commission is further scheduled to meet President Ram Nath Kovind. She is also going to conduct bilateral talks with Prime Minister Narendra Modi.