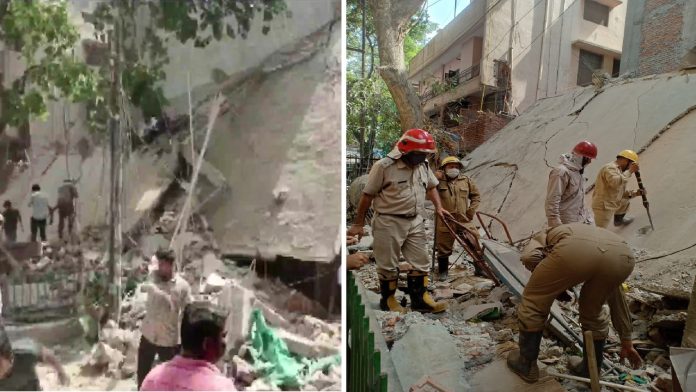 According to initial reports, several people have been feared to be trapped as the rescue operation is underway.

As per the fire department, six fire tenders rushed to the spot.

Meanwhile, a total of five people have been rescued so far from the debris of an under-construction building that collapsed in Satya Niketan, this afternoon

“It was someone’s house who wanted to get it repaired. We had pasted a notice on March 31 that the building is in a danger zone. We also intimated the police, SDM on April 14,” Mukesh Suryan, SDMC Mayor, said.

Meanwhile, NDRF has brought trained dogs to detect the victims trapped in debris.