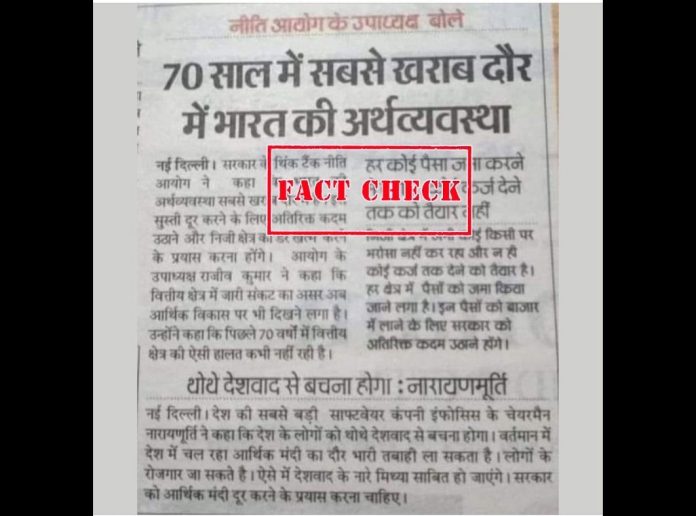 Recently, a Hindi newspaper clipping has gone viral on social media platforms with a headline that NITI Aayog Vice Chairman said that India’s economy is in the worst phase in 70 years. The clipping is being shared as recent by many social media users.

Several Facebook users have shared the image of the newspaper clipping. 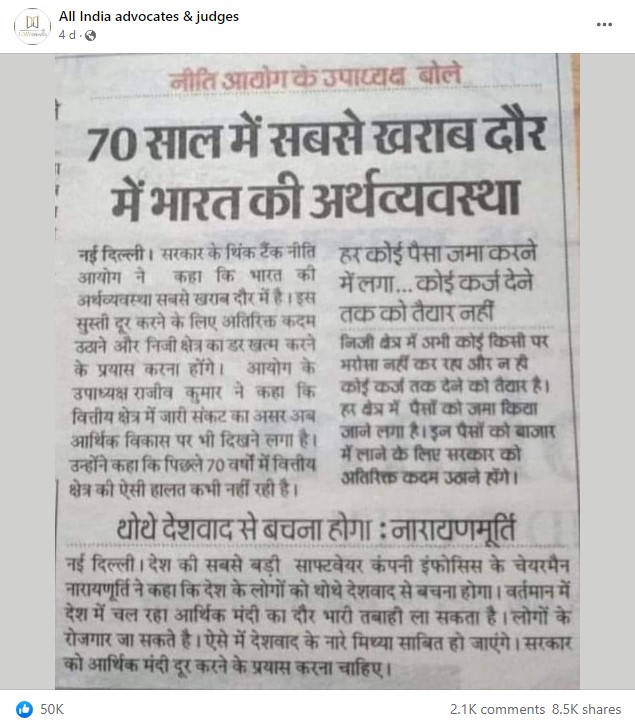 On performing relevant keyword searches, we found several reports dating back to August 2019 according to which, then NITI Aayog VC Rajiv Kumar made the statement which can be seen in the viral news clipping. Rajiv Kumar said, “This is an unprecedented situation for Govt from last 70 years have not faced this sort of liquidity situation where the entire financial sector is in churn & nobody is trusting anybody else.” 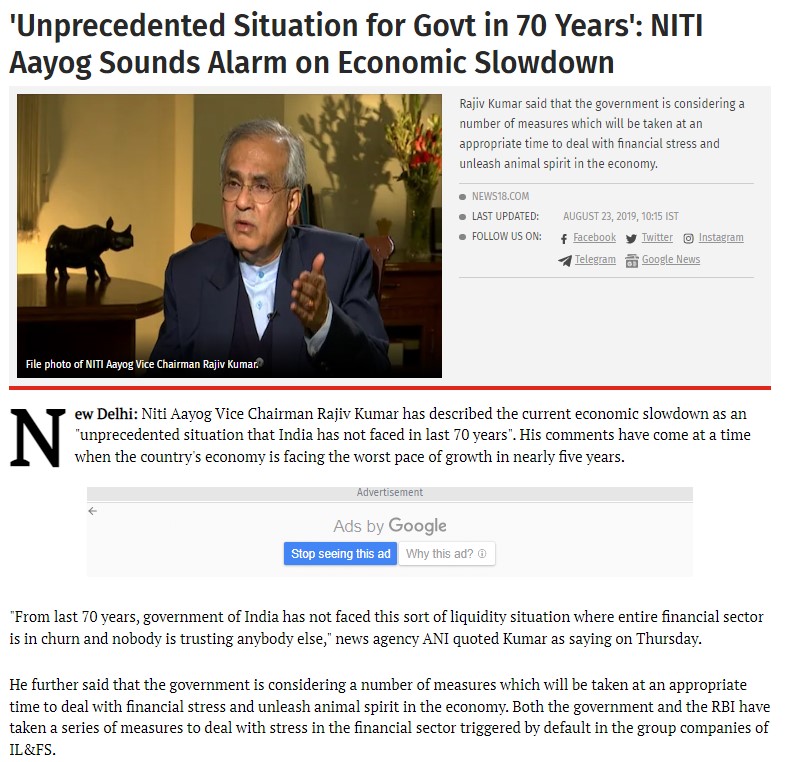 NDTV also reported the same in August 2019. The statement was made when Rajiv Kumar was addressing a summit in 2019.

Moreover, we did not find any recent credible media report on NITI Aayog or any of its officials making any such comment.

According to an Economic Times report published on April 3, 2022, Rajiv Kumar said, “India is on the cusp of a major economic recovery.”

Therefore, with the above information, it can be concluded that the viral post is misleading.