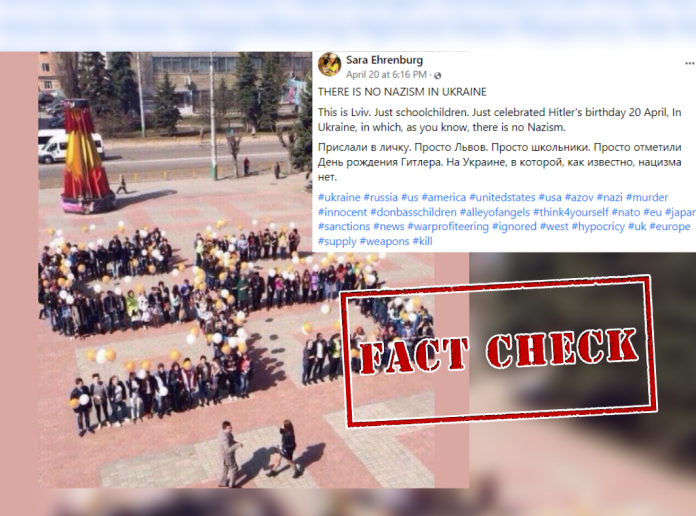 An image in which a group of children can be seen lined up to make up a ‘swastika’ design is being shared on social media with a claim that Ukrainian children celebrated Adolf Hitler’s birthday in Lviv.

The image is being shared on Facebook with the caption, “THERE IS NO NAZISM IN UKRAINE. This is Lviv. Just schoolchildren. Just celebrated Hitler’s birthday on 20 April, In Ukraine, in which, as you know, there is no Nazism.” 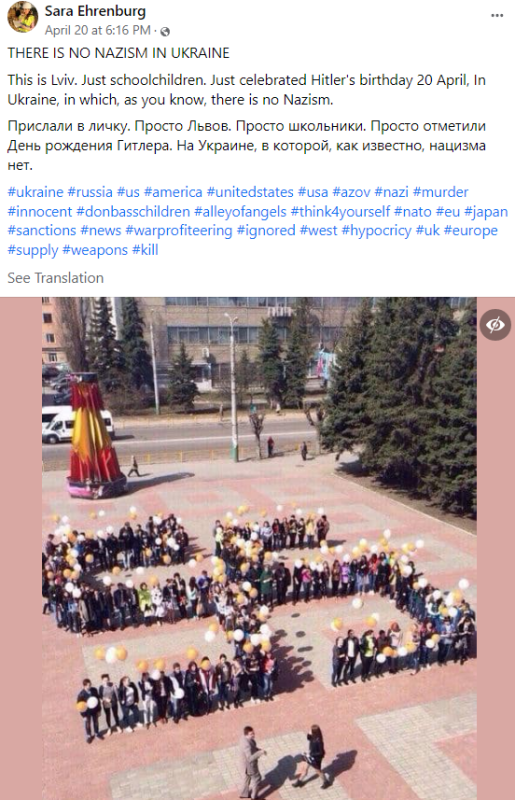 Doing a Simple Reverse Image directed us to a Russian news website that carried the same viral image in 2019 with the headline, “Russian police mistook the number 55 for a swastika.”  The report further states, “In the city of Katlan, Kemerovo Region, the police filed a protocol under Part 1 of Article 20.3 of the Code of Administrative Offenses (“Demonstration of Nazi symbols”) against lawyer Dmitry Miropoltsev because of a photograph of the number 55 – presumably, law enforcement agencies considered the figure to be similar to a swastika.”

More searches directed us to another Russian website that carried the same viral image on April 12, 2016. The article headline read, “On Cosmonautics Day, participants of the flash mob in Penza lined up in the number 55.” 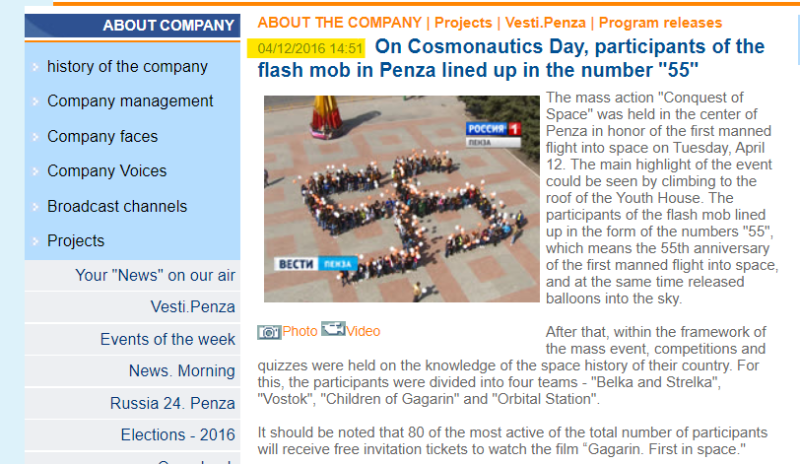 The article also embedded a YouTube video of the same event on April 12, 2016. The footage shows the group had formed the number 55, not a swastika.

Thus, it is evident from the above information that an old image is being falsely shared as Ukrainian children celebrating Hitlers’ birthday in Lviv.