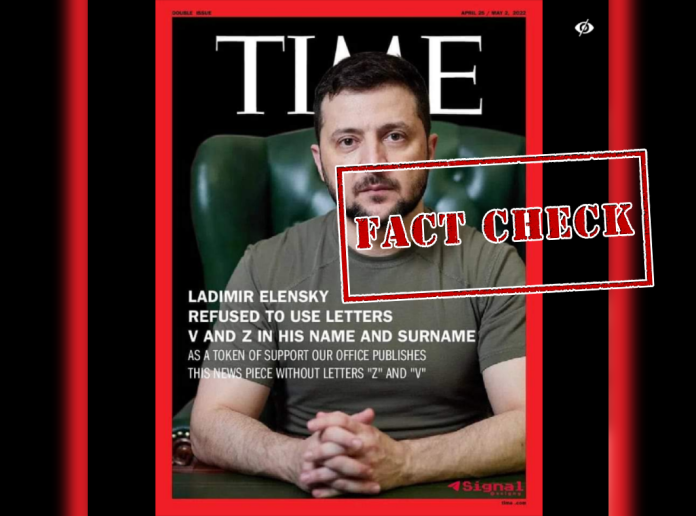 An image showing Ukrainian President Vladimir Zelensky on Time Magazine cover is being widely shared on social media with a claim that he has removed the letters “Z” and “V” in his name in protest against Russia’s invasion of Ukraine. 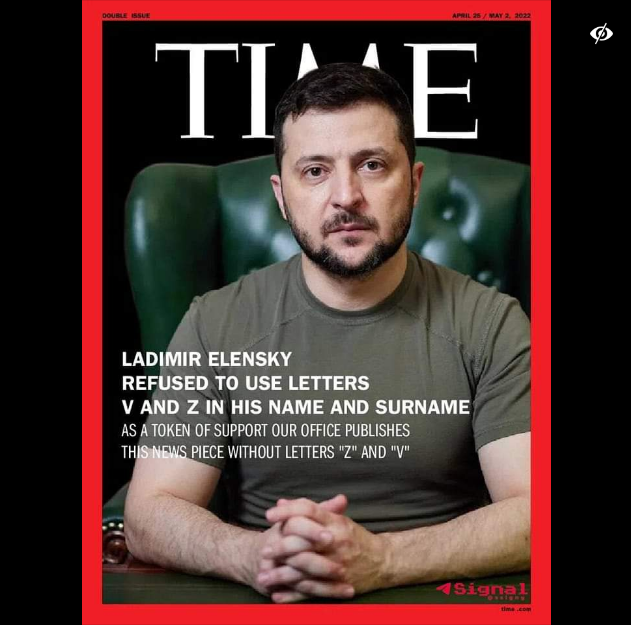 Starting with our investigation, we performed a keyword search but could not find any credible media report corroborating the viral claim. 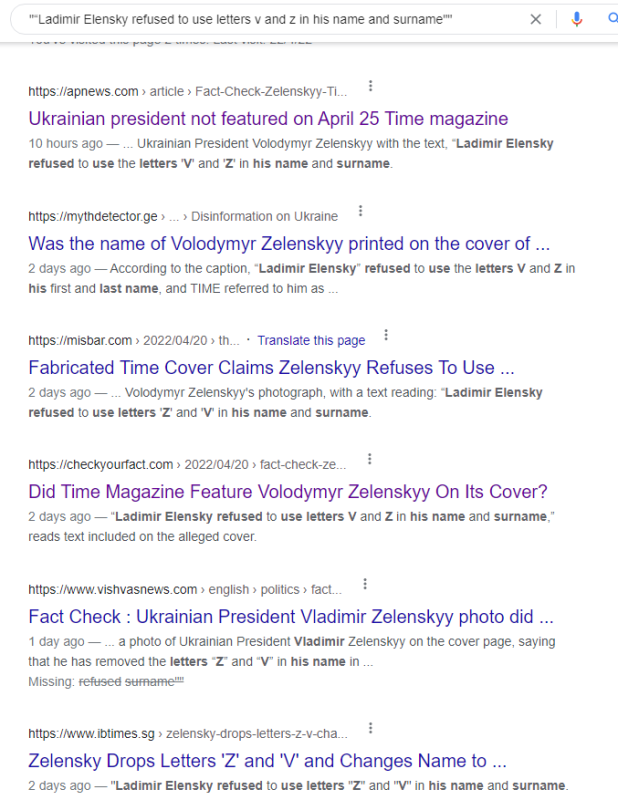 Searching further, we checked the official website of Time Magazine but could not find any such image featured there.

More searches directed us to a news article published by Associated Press which said, “Time confirmed in a statement to The Associated Press that the image does not show an authentic cover.” 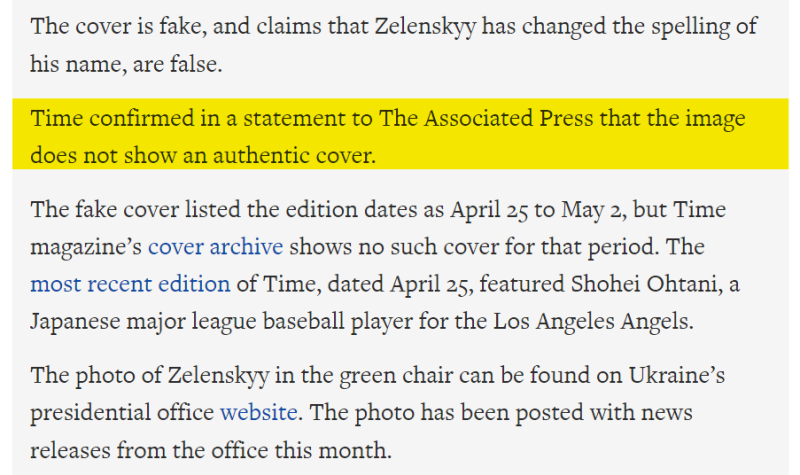 We also found a Fact Check article published by Reuters that stated, quoting a Time Magazine spokesperson, “This image is not an authentic Time cover.”

Thus, it is evident from the above information that the viral claim is false and Time Magazine did not feature President Zelensky on its cover.