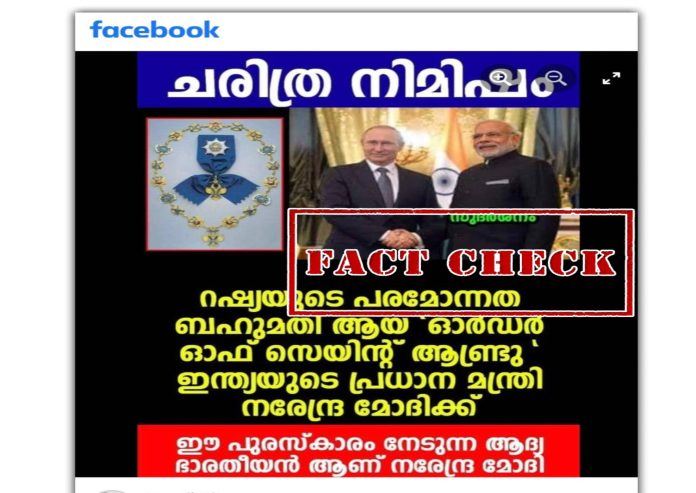 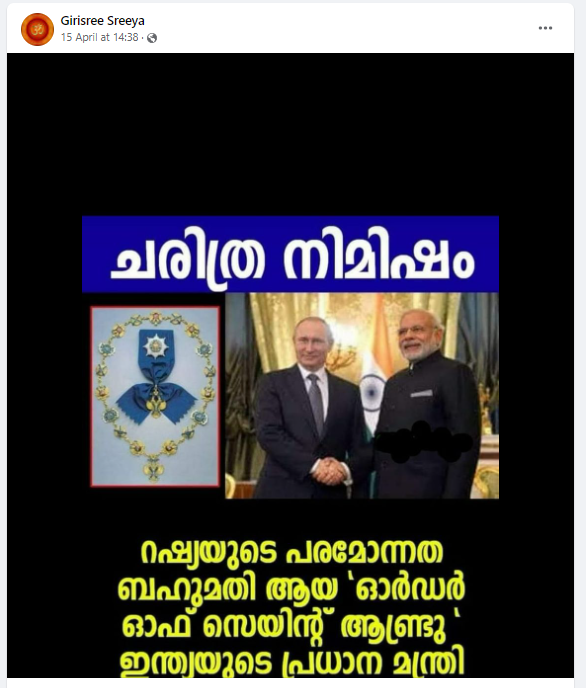 NewsMobile did a fact-check and found the claim to be misleading.
We ran a search with the appropriate keywords and found a report published by The Times Of India on April 12, 2019, according to which “Moscow had awarded Prime Minister Narendra Modi with Russia’s highest state decoration, Order of St Andrew, for exceptional services in promoting special and privileged strategic partnership between the two countries.” 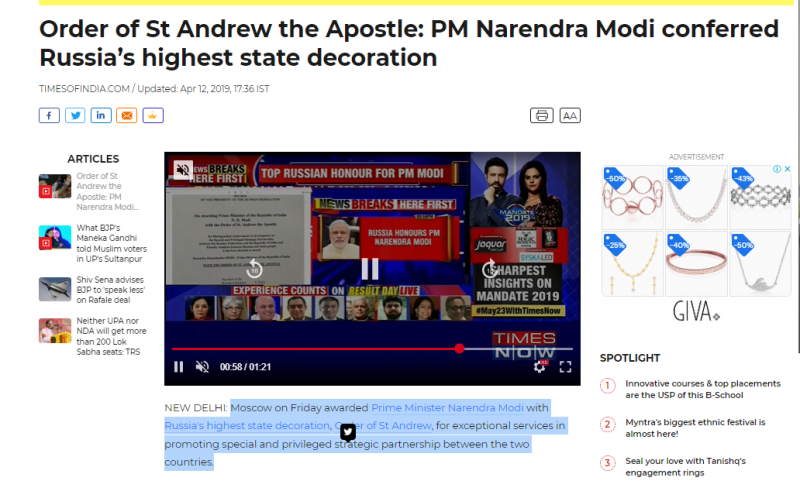 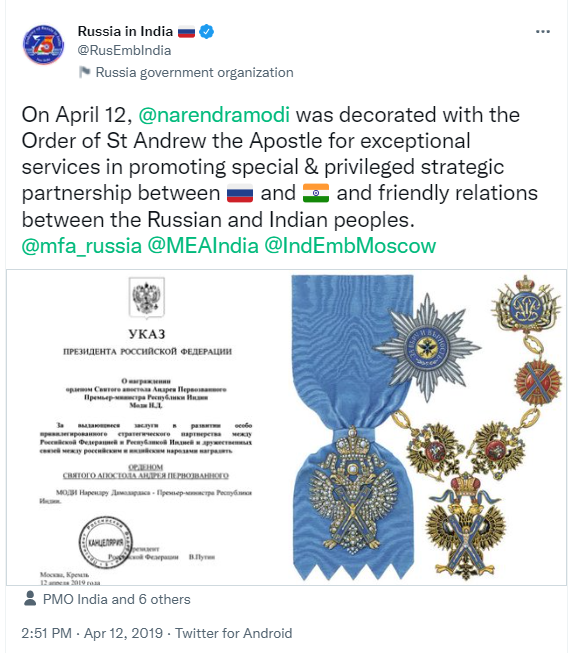 Hence, with the findings, it can be established that the post in circulation is pertains to an event which happened in 2019 and is being shared with a misleading context. 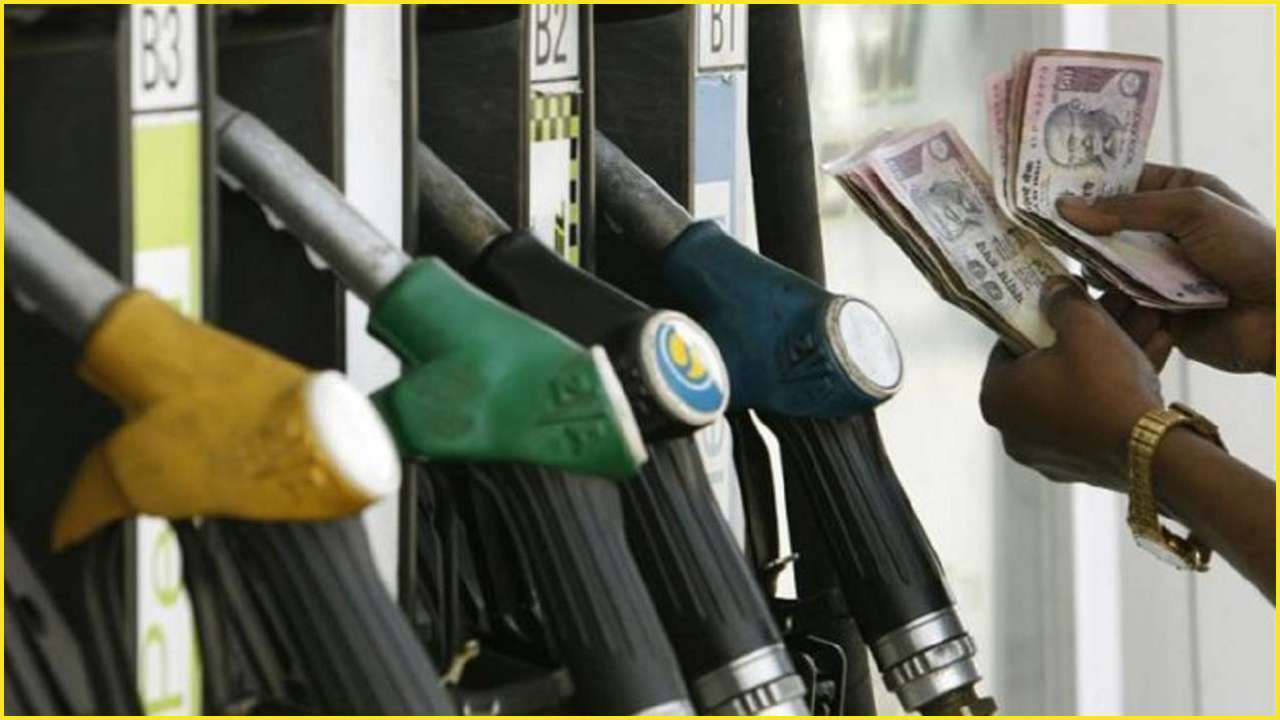