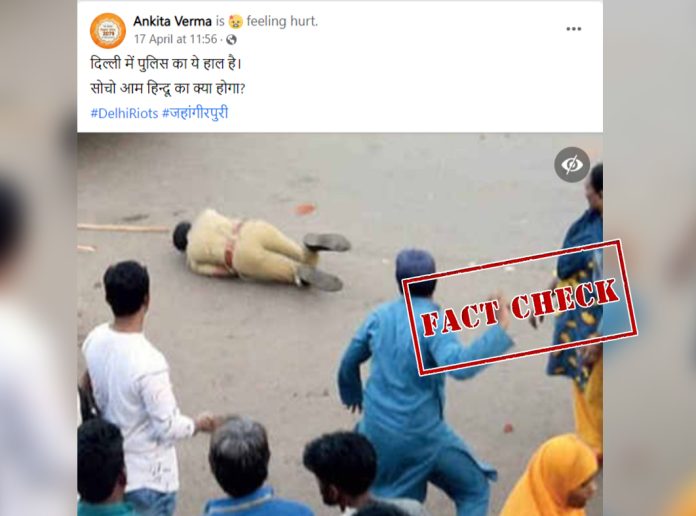 Around nine people, including a few police personnel, were injured during recent clashes that erupted in Delhi’s Jahangirpuri during Hanuman Jayanti procession. Delhi Police has arrested 23 people, including two minors in connection with the violence.

In the above context, a picture showing a man hurling stones at a cop is being circulated on social media.

(English Translation: This is the condition of police in Delhi. Think what will happen to the common Hindu? #DelhiRiots #Jahangirpuri) 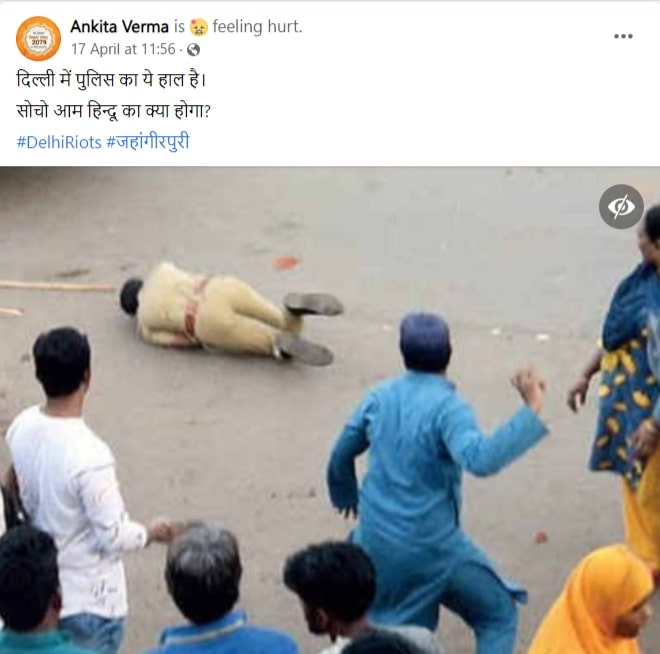 NewsMobile fact-checked the image and found it to be old.

A simple Reverse Image Search on the image led us to a TOI article published in December 2019 where the same image was used. The headline of the report read, “CAA stir: Bandh turns violent in Ahmedabad, 30 injured.” 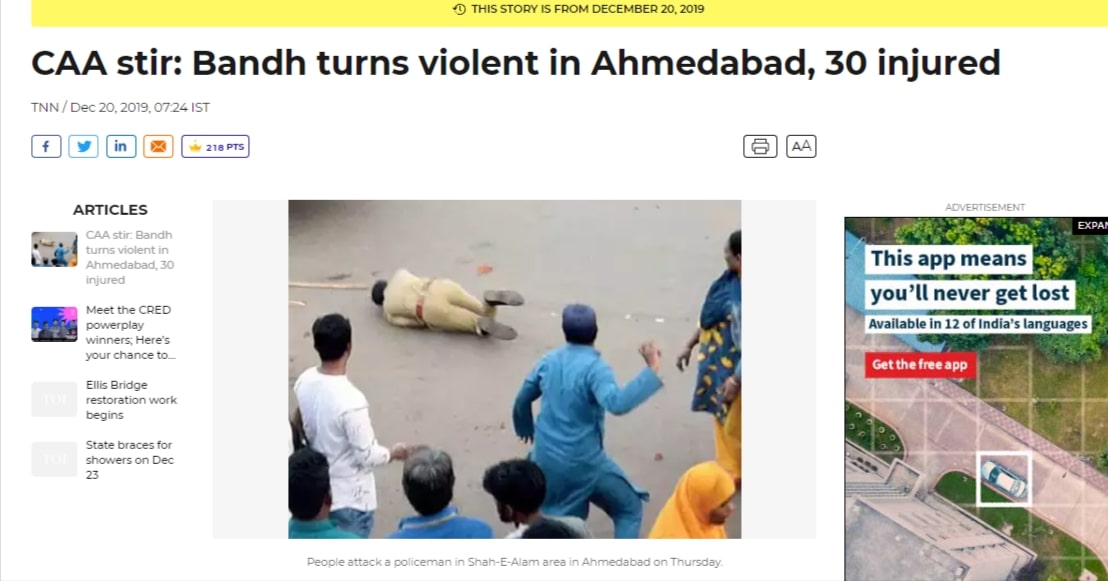 The image was shared with the caption, “People attack a policeman in Shah-E-Alam area in Ahmedabad on Thursday [December 19, 2019].”

News Portal Desh Gujarat shared the same image with a report stating that “13 persons accused of violence and attacks on policemen in Shah Alam CAA protest riot were sent on 6-day remand till December 26 [2019] by Ahmedabad Metro court.” 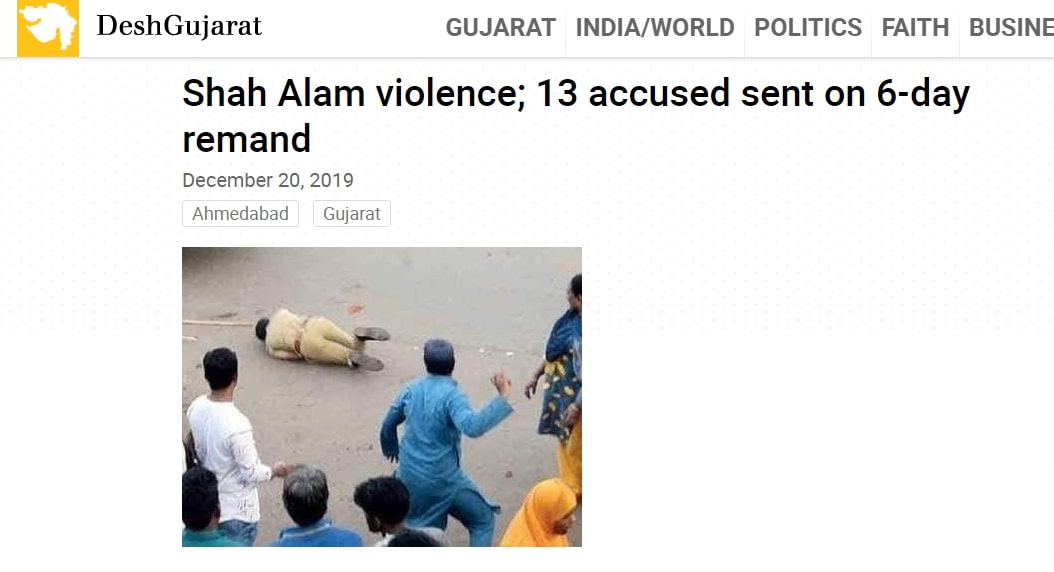 The same image was also shared by Navbharat Times in 2019.

Hence, from the above Fact Check, it is clear that the viral image is from 2019 and not related to recent Delhi clashes.