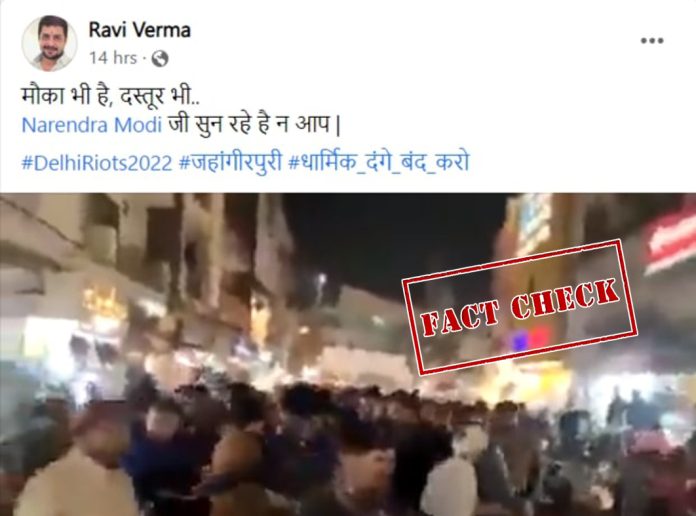 Following the incidents of communal violence in Delhi’s Jahangirpuri during a Hanuman Jayanti procession, a video of a huge crowd raising slogans in support of PM Narendra Modi and Delhi Police and chanting ‘Delhi Police Latta Baajo, hum tumhare saath hai’ (Delhi police beat them, we are with you) is making rounds on social media.

Around nine people were injured during the clashes, including eight police personnel and one civilian. The Delhi police have arrested 23 people, including two minors.

(English Translation: The opportunity is there and there’s also a way…Narendra Modi Ji, are you listening? #DelhiRiots2022 #jahangirpuri #religious_riots_stop_karo) 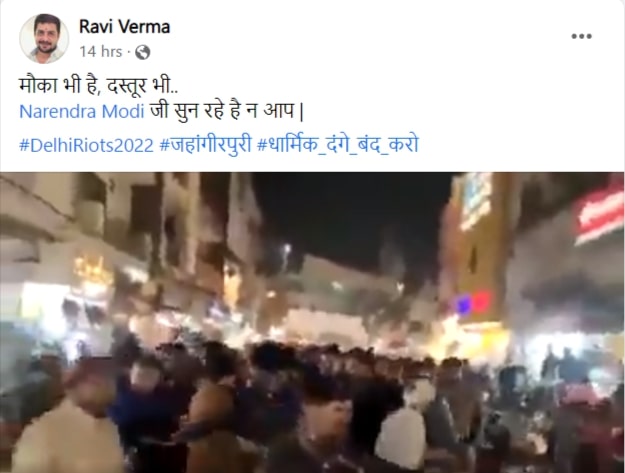 While scanning through Facebook for similar posts, we found that the same video was shared on Facebook back in 2019. The video posts can be seen here and here. 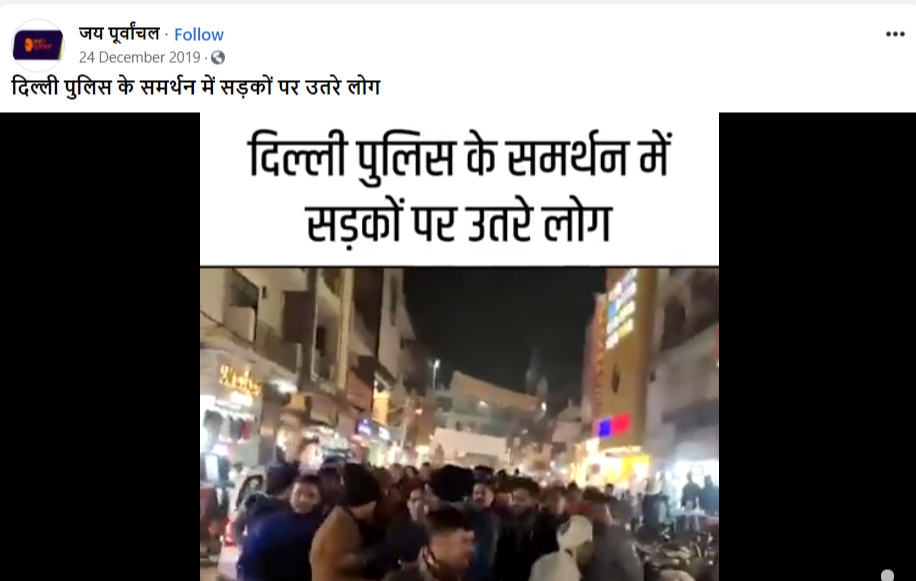 We then ran a keyword search and found that the same video was shared on YouTube on December 30, 2019, with the title suggesting that the video is of a rally in support of the Citizenship Amendment Act (CAA) but the slogans raised were in support of PM Modi.

We also found that the same video was shared by Haryana BJP leader Jawahar Yadav on December 26, 2019.

NewsMobile debunked the same video in January 2021, when it was falsely linked with the farmer’s protest in India.

Fact Check: This Video Of Rally In Support Of PM Modi & Delhi Police Is From 2019; Here’s The Truth

Hence, from the above fact check, it is clear that the video in circulation is from 2019 and is not related to the recent communal clashes.