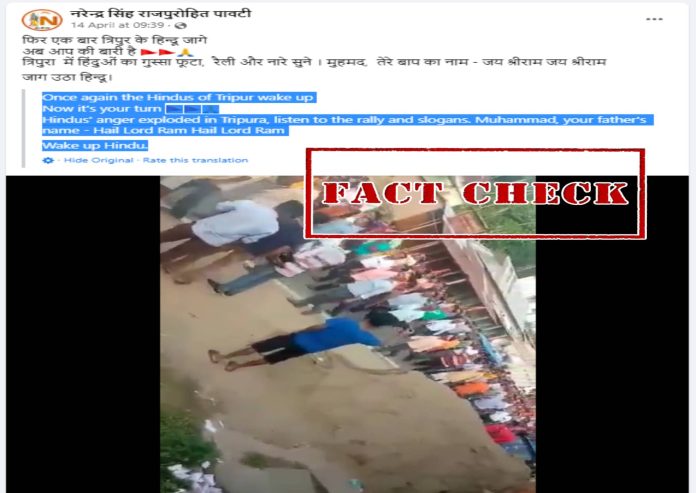 A video of a rally raising anti-Muslim slogans is widely being shared on social media with a claim that it shows a recent incident in Tripura. The video is being shared after communal violence erupted in various states during Ram Navami celebrations.

(English Translation: Once again the Hindus of Tripura woke up, Now it’s your turn. Hindus’ anger burst in Tripura, listen to the slogans in the rally.)

On doing a Google Reverse Image Search with the keyframes of the viral video, we found the same video was uploaded by a hyperlocal news channel, News Move on October 27, 2021. The description associated with the video read, “Protest erupts in Tripura after mosque vandalised, arson at shops and shanties The incident happened in Panisagar area of North Tripura on October 26. The arson happened during a VHP rally against Bangladesh attacks on Hindus. Minorities took out protest rallies in North district headquarters Dharmanagar. CrPC 144 has been promulgated in Dharmanagar until further notice.” 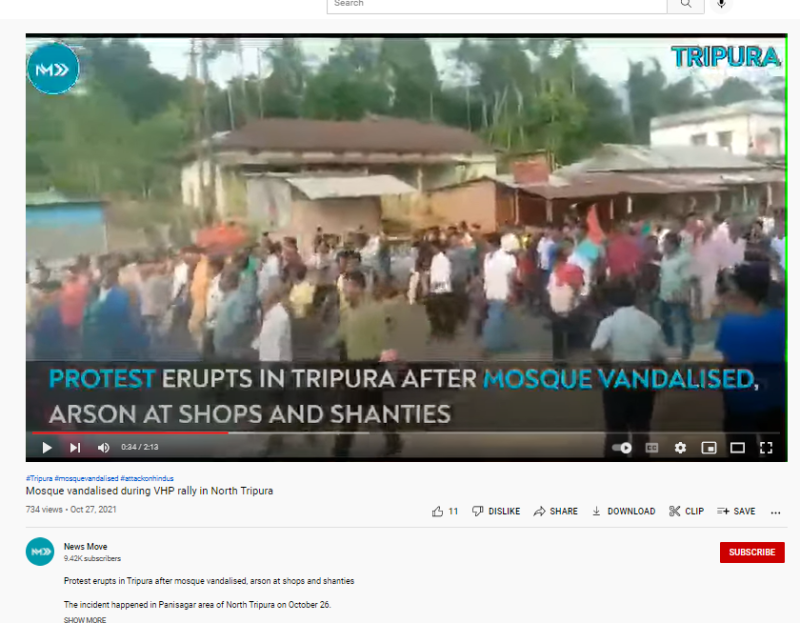 We found the same video was also uploaded by India Ahead on October 27, 2021, with a description that reads, “A mosque was vandalised and two shops were set ablaze at Chamtilla area in North Tripura district on Tuesday evening during a Vishwa Hindu Parishad (VHP) rally taken out to protest against recent violence against Hindus in neighbouring Bangladesh, district Superintendent of police Bhanupada Chakraborty said. Three houses and a few shops, reportedly owned by members of the minority community, were also ransacked in nearby Rowa Bazar, Chakraborty said.” 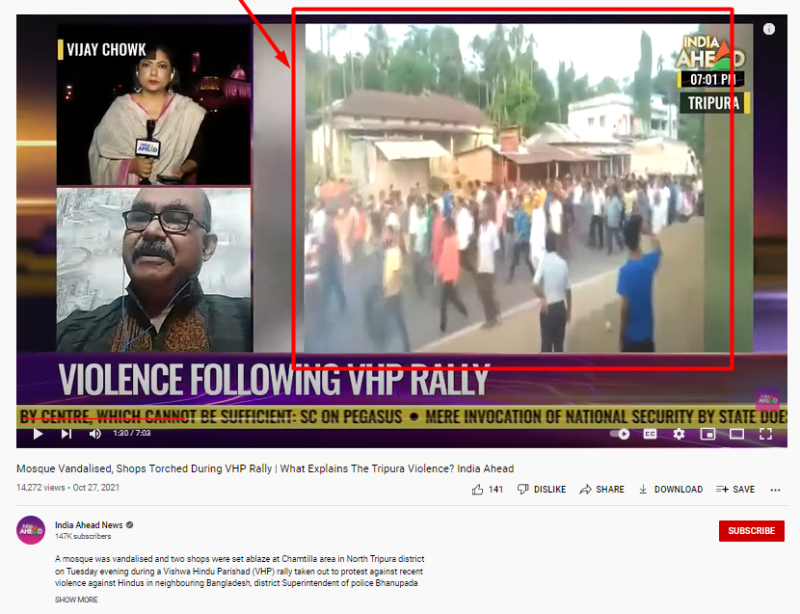 The incident was also reported by ABP News, according to which a mosque was vandalised and shops and houses were attacked during a procession of Vishwa Hindu Parishad in October 2021.

Thus, we can conclude that an old video is being shared with a misleading claim.