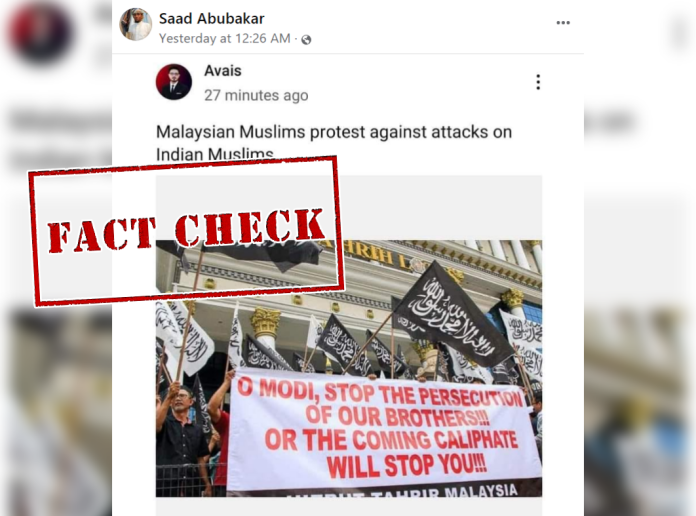 Against the backdrop of reported communal violence during the Ram Navami procession across states, an image showing people holding placards protesting against Prime Minister Narendra Modi is being widely shared on social media. Sharing this image, people are claiming that Malaysian Muslims are expressing solidarity with Indian Muslims over the violence.

The text on the placard reads, “O Modi, stop the persecution of our brothers!!! Or the coming caliphate will stop you.” 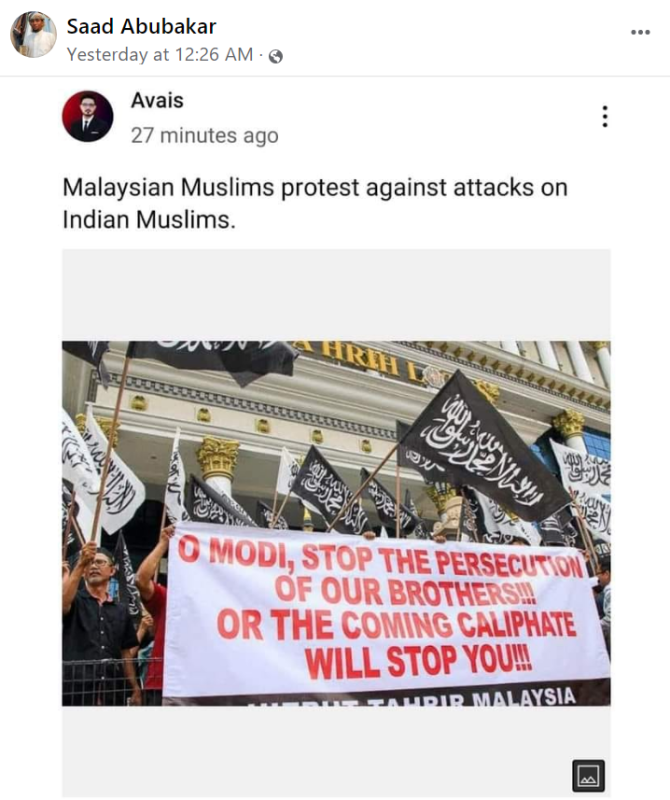 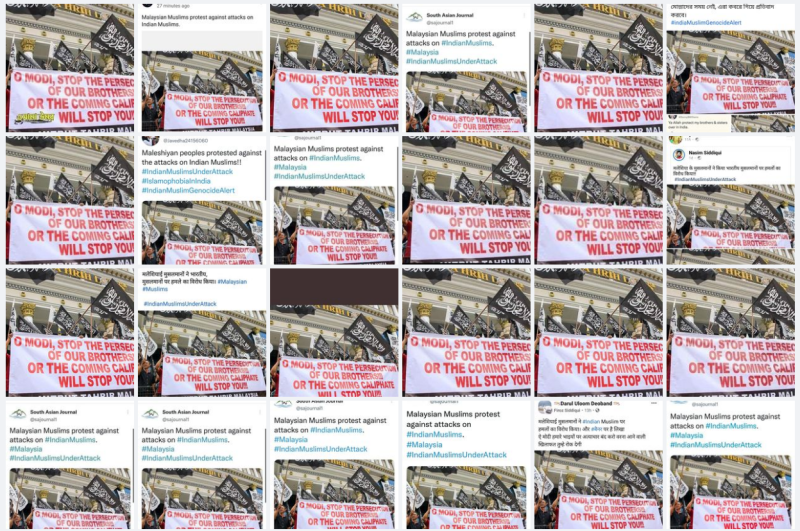 Doing a Simple Reverse Image Search directed us to several Malaysian based news websites that carried the same viral image on March 6, 2020. The article headline reads, “Hizb ut Tahrir Malaysia: Hizb ut Tahrir Demands Modi to Stop Persecution against Muslims in India.” According to the report, Hizb ut Tahrir / Malaysia (HTM), in the backdrop of the CAA, protested at the High Commission of India in Kuala Lumpur to hand over a memorandum to Prime Minister Narendra Modi, condemning discrimination against Muslims. 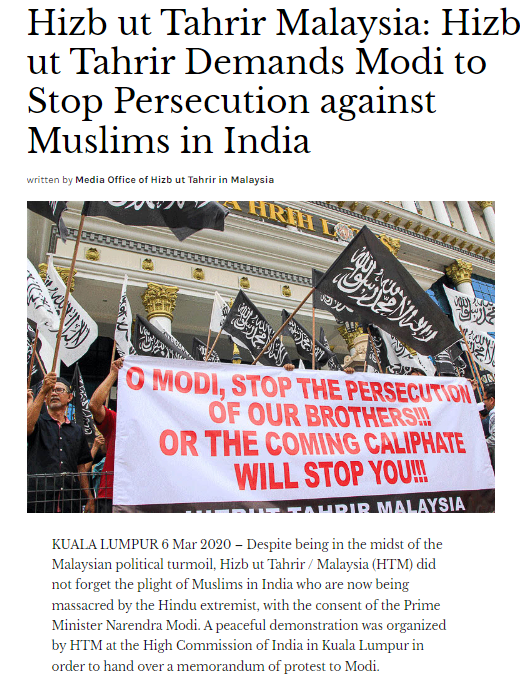 Searching further, we found the memorandum of the protest posted on Hizb-ut-Tahrir’s website in March 2020 confirming that they handed over the memorandum to Prime Minister Narendra Modi. 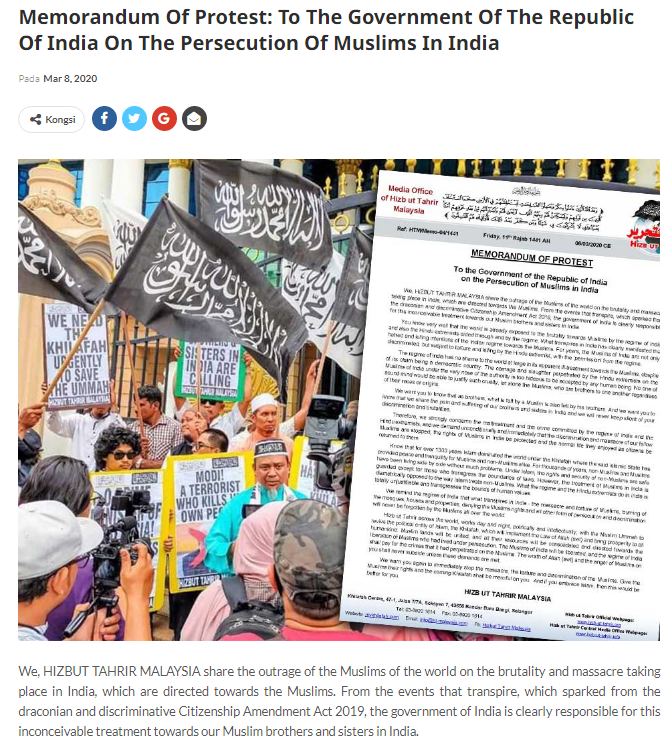 Thus, is it evident from the above information that an old image of Malaysian people protesting against Prime Minister Narendra Modi is being falsely shared as a recent protest.