Fact Check: No, This Image Does NOT Show Huge Public Gathering After Imran Khan Was Ousted As Pak PM | Newsmobile
Sunday, November 27, 2022

Home NM FACT CHECKER Fact Check: No, This Image Does NOT Show Huge Public Gathering After... 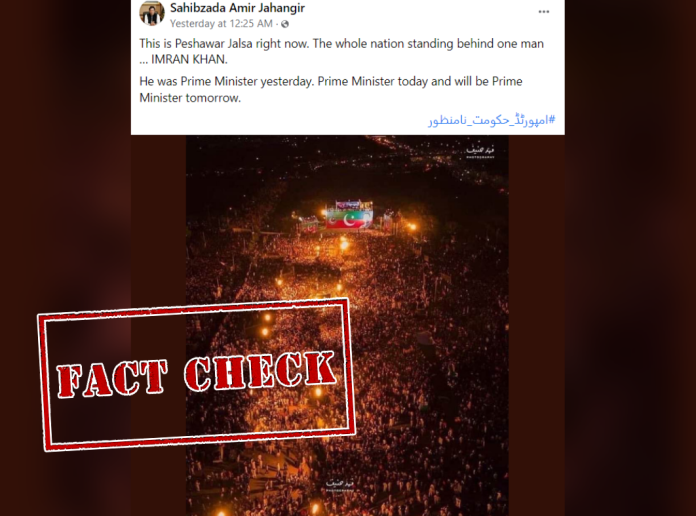 Imran Khan was ousted as Pakistan Prime Minister on April 10, 2020, through a no-confidence vote held in the National Assembly. Against this backdrop, an image is being shared on social media claiming that it shows people in Pakistan gathered on the streets to show support for Imran Khan after he was ousted from Parliament. 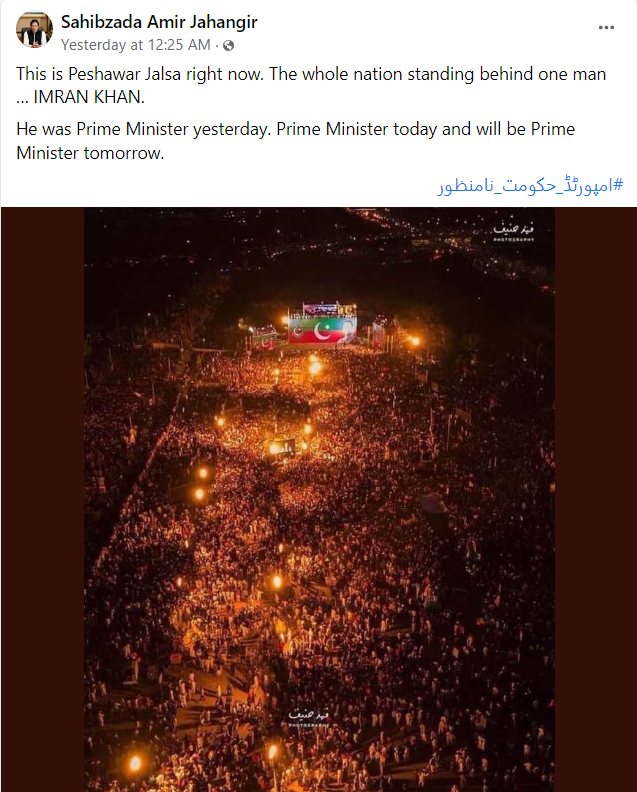 Starting with our investigation, we performed a keyword search and found that a rally was indeed conducted in Peshawar on April 13, 2022, in support of former Pakistan Prime Minister Imran Khan after he was ousted from Parliament on April 10, 2022. According to reports, thousands of people attended the rally. But none of the reports carried the viral image. 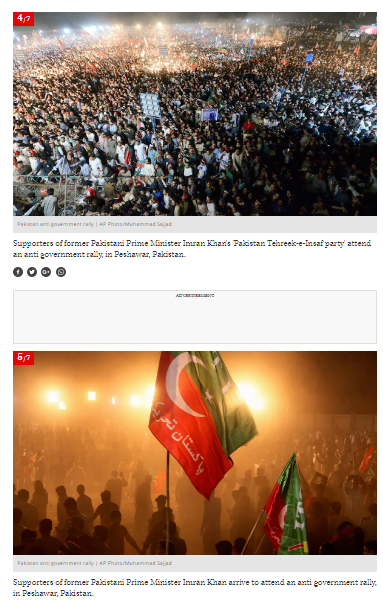 Further, we did a keyword search and found the same image published in a news report by NDTV on March 27, 2022. The article reads, “Pakistan’s Prime Minister Imran Khan addressed a massive public rally in the capital Islamabad Sunday evening, seeing an outpouring of support from an enormous crowd as he faces increasing backlash from the Opposition for the country’s political crisis.” This clearly means that the image dates before Imran Khan was ousted as Prime Minister. 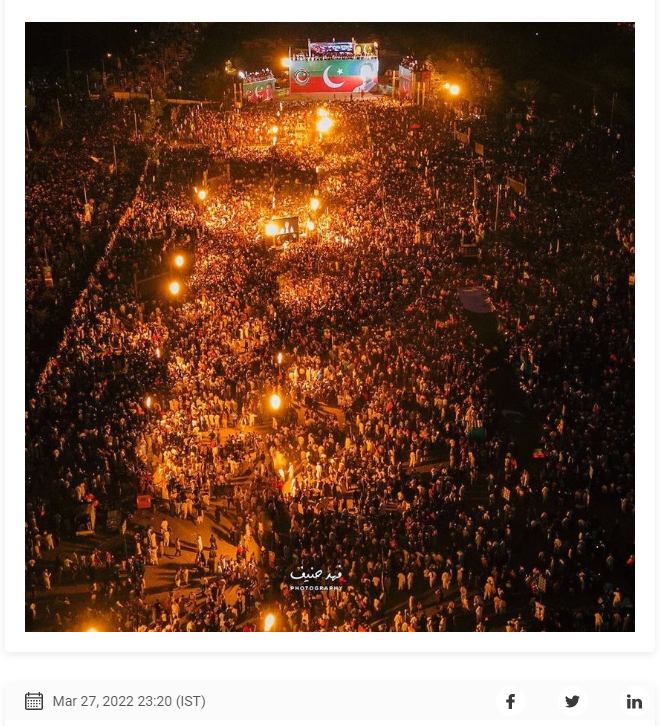 The same image was also carried by several Twitter accounts on March 27, 2022, asserting that the image was taken before the no-confidence vote was passed against Imran Khan.

It’s a war for Pakistan’s sovereignty and we will fight it, PM @ImranKhanPTI!#IamImranKhan #ThankYouPakistan pic.twitter.com/O88qUyAKm1

Thus, it is evident from the above information that the viral image was taken before Imran Khan was removed as the Prime Minister of Pakistan and is not related to the Peshawar rally.