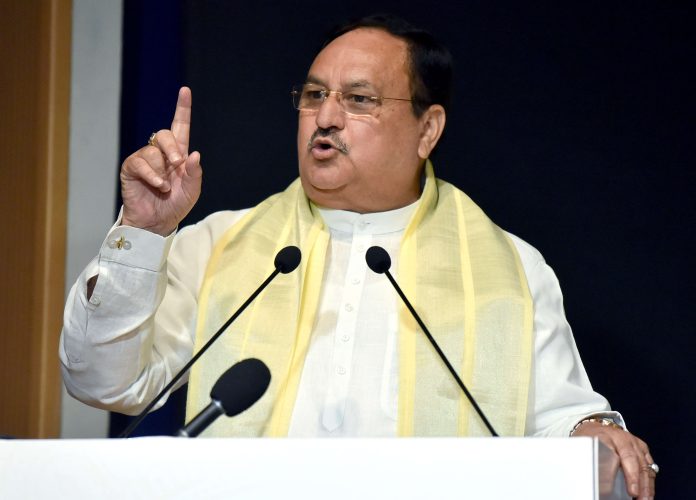 New Delhi: After senior leaders of 13 opposition parties issued a joint statement expressing their concerns over the recent incidents of communal violence in different parts of the country, Bharatiya Janata Party (BJP) National President JP Nadda called the Opposition parties ‘rejected and dejected’ and slammed them for ‘petty politics’.

Questioning the Opposition’s “haunting silence” over the Karauli violence in Congress-ruled Rajasthan, Nadda in an open letter addressed to the citizens of the country said, “I want to remind the rejected and dejected political parties – since you talk about vote bank politics, why have you forgotten the shameful happenings in Karauli, Rajasthan.”

He further termed the statement a ‘direct onslaught’ on the spirit of the nation and said that it casts aspersions on the hardworking citizens.

“Today, India is seeing two distinctive styles of politics – the NDA’s efforts which are seen in their work and the petty politics of a group of parties, which is seen in their acerbic words,” said Nadda in his letter.

“In the last few days, we have seen these parties come together yet again in letter (whether in spirit too, time will tell) in which they have waged a direct onslaught on the spirit of our nation and cast aspersions on our hardworking citizens,” he added.

“Dyed in the wool proponents of vote bank politics that they are, these parties are fearing that their shenanigans are being finally exposed comprehensively,” stated Nadda.

Notably, 13 Opposition parties, including Congress, issued a joint statement, calling upon the people to maintain peace and harmony in the wake of recent incidents of violence witnessed in different parts of the country.