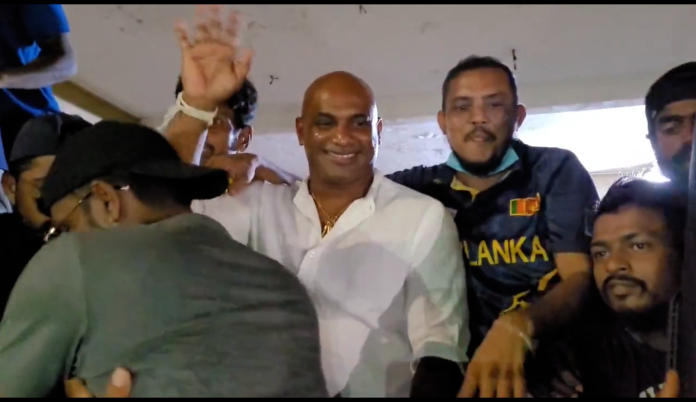 Colombo: Amid the brewing economic crisis in Sri Lanka, a large number of people including former cricketer Sanath Jayasuriya joined the ongoing protest at Galle Face, the main beachfront in the capital Colombo, outside Sri Lankan President’s secretariat for the 8th day.

Jayasuriya joined the student-led demonstration that has been taking place outside the Sri Lankan President’s secretariat for the past eight days.

Jayasuriya was seen being cheered by the crowd as he announced his support for the cause. The demonstrators want President Gotabaya Rajapaksa to step down, accusing him of dragging the country into its biggest crisis since independence.

A police sergeant was arrested for joining the protest at the Galle Face Green area in uniform and making a statement to the media. He was later released on bail after he was produced in court on Friday.

Here Are The Highlights Of The Lankan Crisis