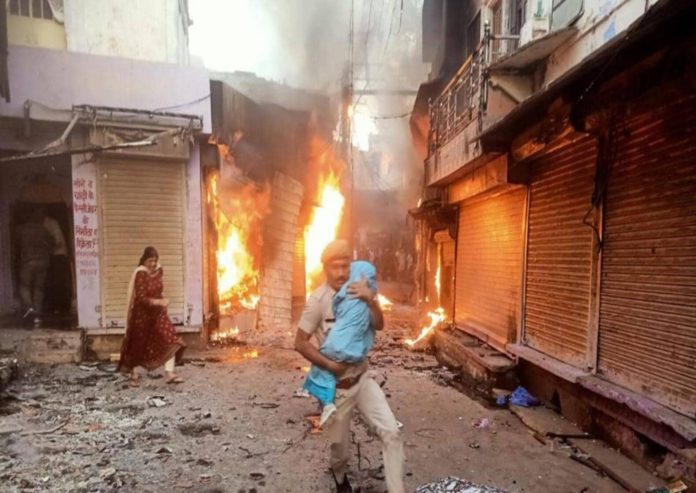 New Delhi: Several opposition leaders including Congress President Sonia Gandhi have issued a joint statement appealing to maintain peace and harmony in the wake of recent communal clashes and incidents of hate speech in parts of the country, saying issues related to food, dress, faith, festivals and language were being used to polarise society.

However, even on this issue, the opposition seems divided as many leading opposition parties including SP, AAP, BJD, TRS, YSR Congress Party and Shiv Sena were not part of the joint statement.

In the letter, the leaders express their anguish at the matters in which issues related to food, dress, faith, festivals and languages are being used to polarize the Indian society.

They also show their concern over incidents of hate speech in the country by people who appear to have official patronage and against who no actions can be taken.

The letter also condemned the recent communal violence in several states during the festival of Ram Navami.

“We strongly condemn the recent outburst of communal violence witnessed across several states in the country. We are deeply concerned, as reports indicate that there is a sinister pattern in the areas where these incidents have occurred. Incendiary hate speeches preceded the aggressive armed religious processions unleashing communal violence.
We are extremely pained at the manner in which social media and the audio-visual platforms are being misused with official patronage to spread hatred and prejudice.”

The leaders also show their discontentment with the silence of the Prime Minister over the violence. The letter reads, “We are shocked at the silence of the Prime Minister, who has failed to speak against the words and actions of those who propagate bigotry and those who, by their words and actions, incite and provoke our society. This silence is an eloquent testimony to the fact that such private armed mobs enjoy the luxury of official patronage.”