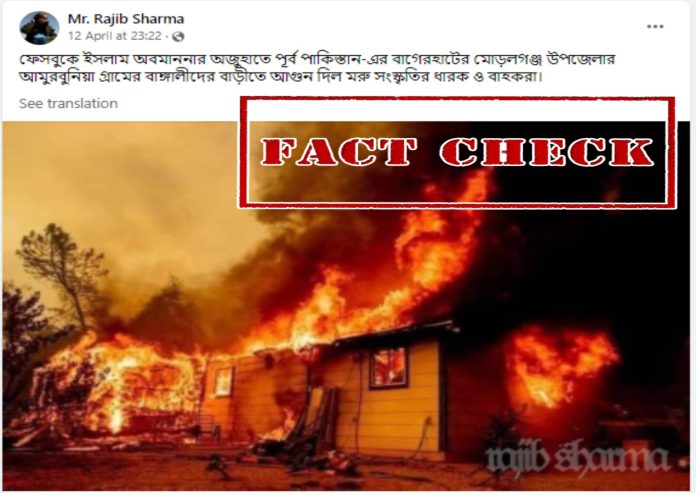 On April 12, 2022, a 25-year-old man’s house was vandalized in Morelganj in Bagerhat of Bangladesh for allegedly posting offensive posts about Islam on Facebook.

In the above context, an image of a house on fire is being widely shared on social media with a claim this was the young man’s house which was burnt down in Bangladesh. 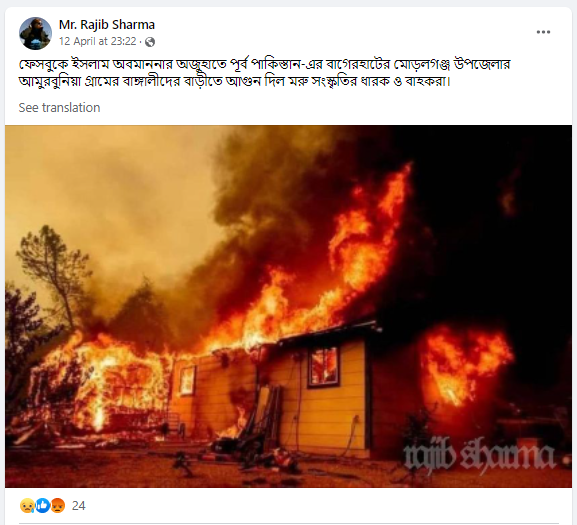 On doing a Google Reverse Image search with one of the images, we found that the same image was published by a website, Weather.com on September 25, 2021, with a caption: “Flames consume a house near Old Oregon Trail as the Fawn Fire burns about 10 miles north of Redding in Shasta County, Calif., on Thursday, Sep. 23, 2021. (AP Photo/Ethan Swope)” 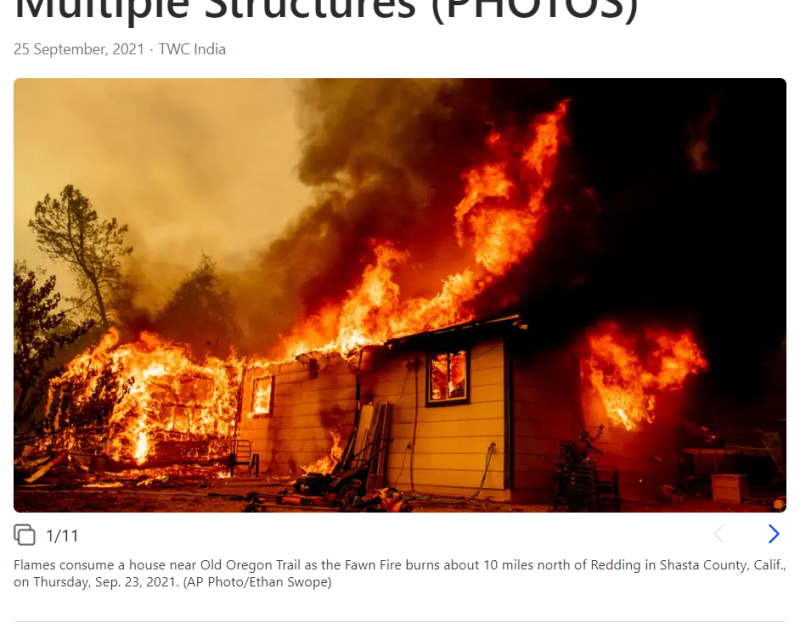 We found the same image was also uploaded by the New York Post on September 27, 2021, with a caption that read, “Flames consume a house near Old Oregon Trail on September 23, 2021.” 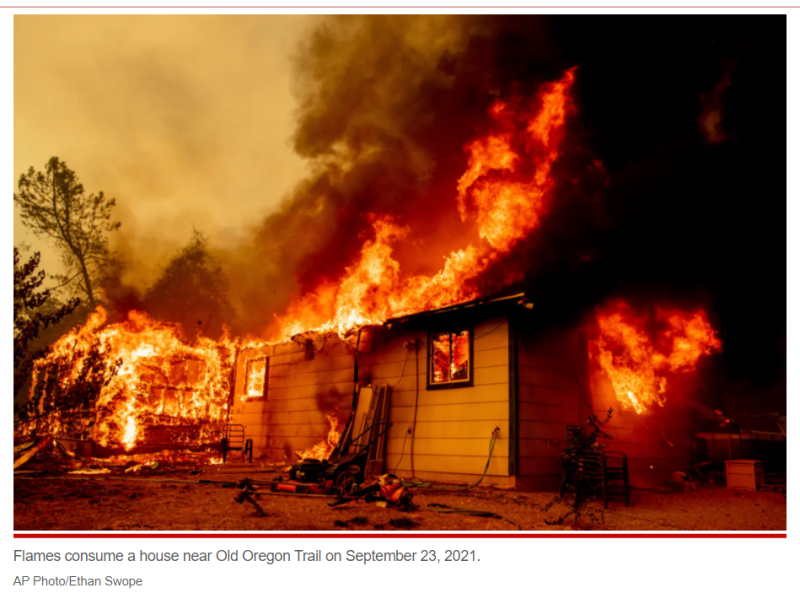 Hence, an old image from the California fire is being shared with a misleading claim.