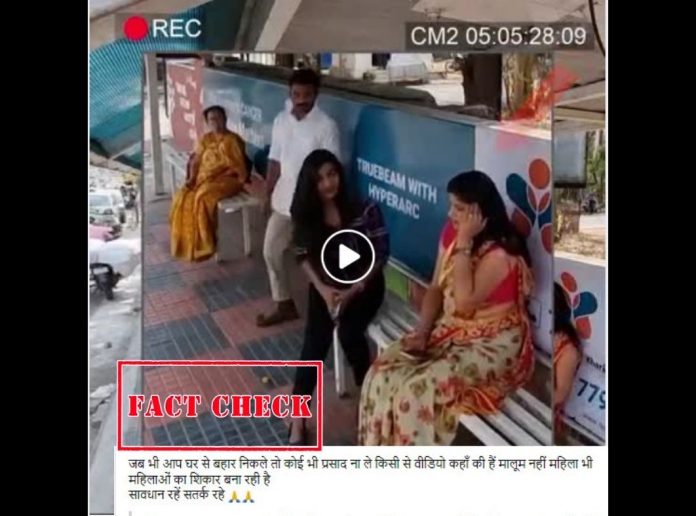 Recently, a video of a woman being robbed by a gang at a bus station is being widely circulated on social media platforms. The video shows a woman waiting at the bus station and two women offering her “prasad” laced with sedatives following which she falls unconscious and is robbed by the gang.

A Facebook user shared the video with a caption in Hindi that translates to, “Whenever you come out of the house, do not take any prasad. Don’t know where the video is taken from anyone. Women are also doing this with other women. Be careful, be alert.” 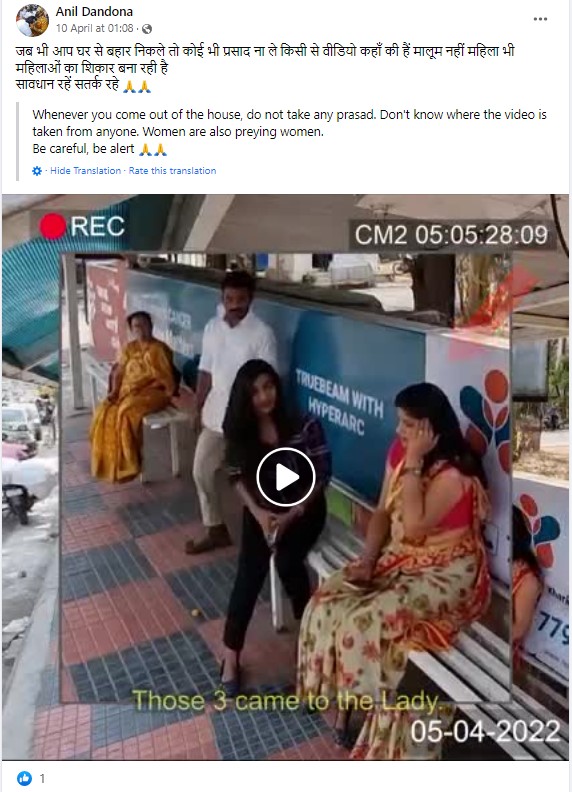 NewsMobile fact-checked the viral video and found it to be scripted.

We performed Reverse Image Search using the keyframes of the video and found the same video uploaded on the ‘3rd Eye‘ YouTube channel on April 9, 2022.

The title of the video says, “BE CAREFUL WITH STRANGERS | UNBELIEVABLE THINGS CAUGHT AT CCTV | Social Awareness Video By 3rd Eye.”

As per the description, the channel features scripted dramas for social awareness. 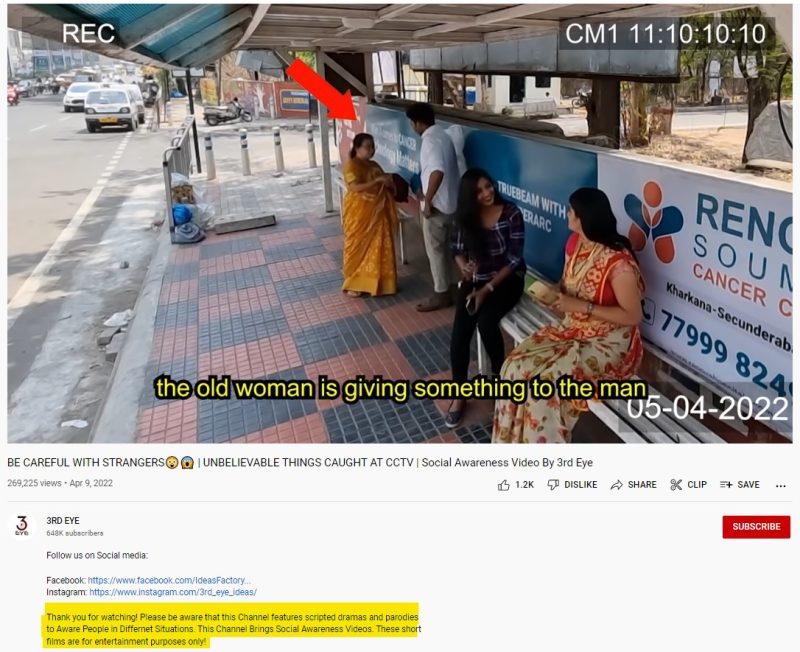 Hence, the video does not show a real incident.

Earlier too, NewsMobile had fact-checked similar ‘awareness’ and ‘educational’ videos which went viral with false claims. Here are some of the other claims that we debunked:

Therefore, a video made for awareness purposes is being falsely shared as a real incident.