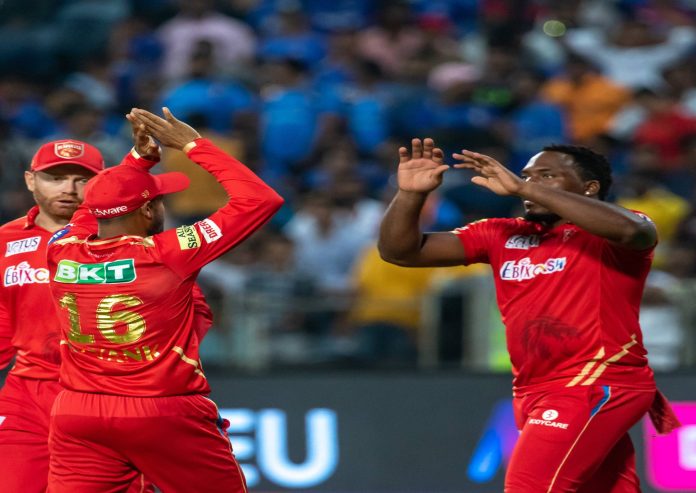 This is Mumbai Indians’ fifth successive loss in the Indian Premier League 2022 while for Punjab this is their third win of the season. Mayank Agarwal played an innings of 52 while Shikhar Dhawan smashed 70 runs as the opening duo stitched a 97-run partnership for the first wicket to guide PBKS to a defendable target of 198/5. For MI, Basil Thampi scalped two wickets while star pacer of team Jasprit Bumrah took one wicket.

Dewald Brevis smashed a quick knock of 49 to lay the foundation for Mumbai Indians along with Tilak Verma (36) after which Suryakumar Yadav (43) tried his best to grab two points but wickets kept falling in the regular intervals and in the end, MI succumbed to their fifth defeat of the season. Odean Smith scalped four wickets for PBKS.

Chasing 199, Mumbai had a bad start as their both openers were back in the hut after the first powerplay. Kagiso Rabada removed dangerous-looking MI skipper Rohit Sharma for 28 runs in the 4th over after the Indian completed 10,000 runs in T20 cricket.

In the very next over Vaibhav Arora struck to remove Ishan Kishan from the crease. Vaibhav bowled a good length delivery as the late swing helped him get the outside edge of Ishan into the gloves of the keeper.

Dewald Brevis took nine balls to get off the mark but the teenage prodigy was quick to turn the tables. He went 4, 6, 6, 6, 6 against Rahul Chahar in the 9th over and turned the match on its head within a span of four deliveries. Brevis was back in the hut in the 11th over and what followed was chaos as Tilak and Kieron Pollard lost their wickets through runouts.

Suryakumar Yadav did try to steady the ship but wickets kept falling on the other side as PBKS grabbed a comfortable 12-run win in the end.