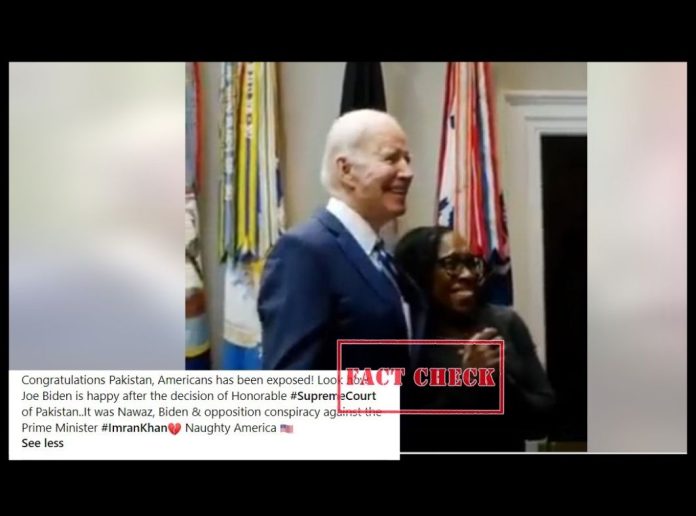 Imran Khan was removed as the Prime Minister of Pakistan in the early hours of April 9, 2022, after high decibel political drama. In this backdrop, a video is doing rounds on social media platforms purportedly showing US President Joe Biden and a woman watching the live telecast of Pakistan Parliament proceedings and celebrating.

A Facebook user shared the video with a caption saying, “Congratulations Pakistan, Americans has been exposed! Look how Joe Biden is happy after the decision of Honorable #SupremeCourt of Pakistan..It was Nawaz, Biden & opposition conspiracy against the Prime Minister #ImranKhan Naughty America (sic).”

The same video is also doing rounds on Twitter with a similar claim.

NewsMobile fact-checked the viral video and found it to be edited.

We extracted keyframes from the viral video and performed Reverse Image Search. In the results, we found the same video uploaded on President Biden‘s official Twitter page on April 8, 2022. “Historic moment for our courts and for our country. Congratulations, Judge Jackson,” says the caption with the video.

The video shows Joe Biden and Judge Ketanji Brown Jackson watching confirmation by the US Senate to appoint Judge Jackson as the first Black woman to serve the Supreme Court. 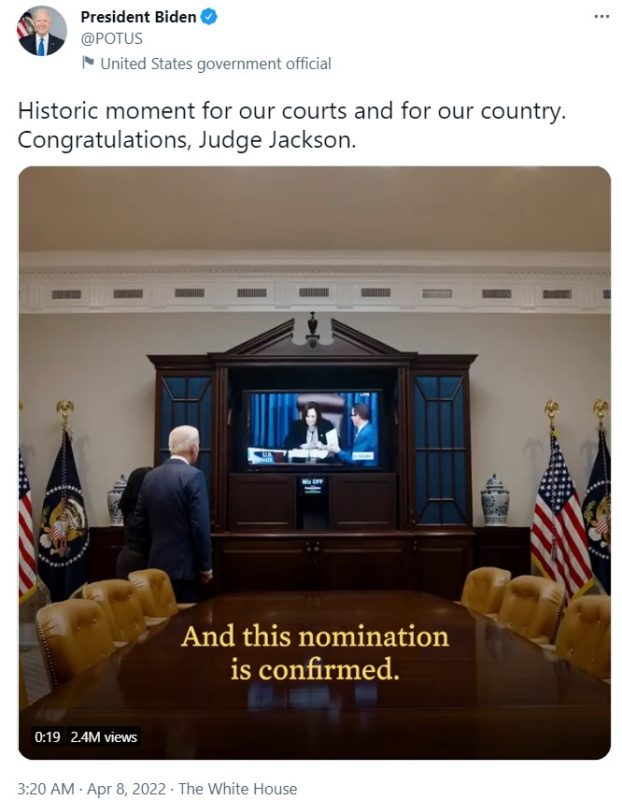 Below is the comparison between the keyframes of the viral and original videos. 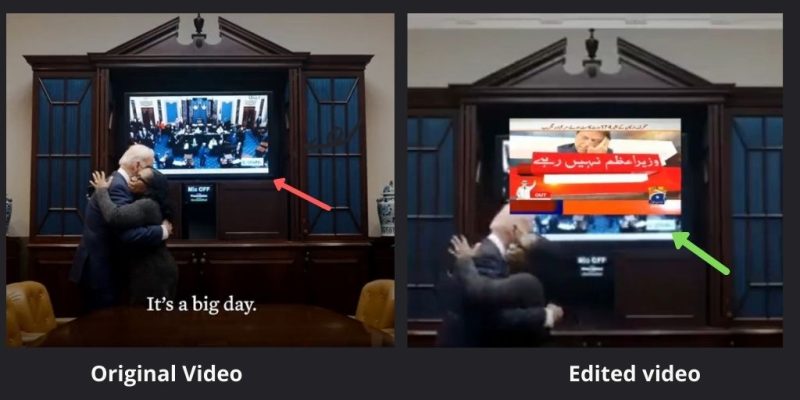 On checking further, we found a report by France24 which carried a screengrab from the viral video as a cover image. The title of the report reads, “US Senate confirms Ketanji Brown Jackson as the first Black woman on Supreme Court.” 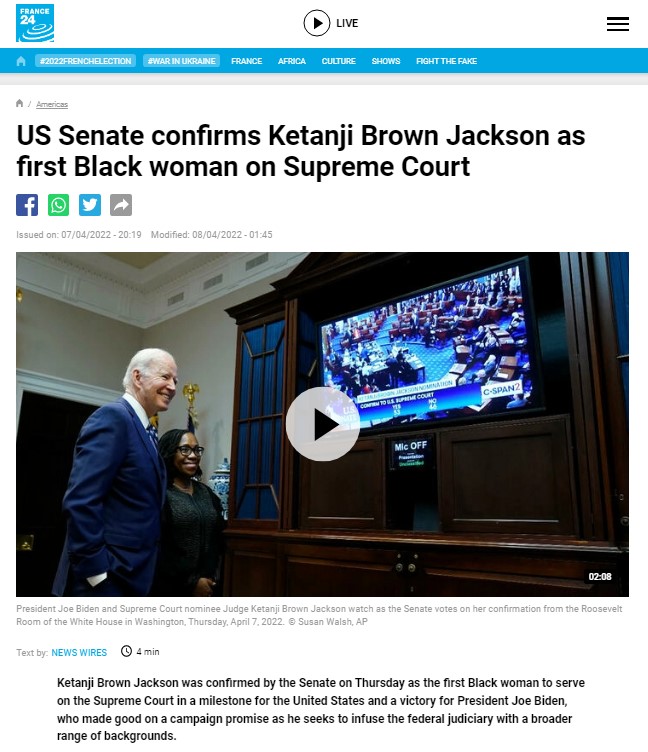 The ‘Breaking News’ audio has been superimposed on the original video.

Therefore, with the above information, it can be concluded that the viral video is edited.