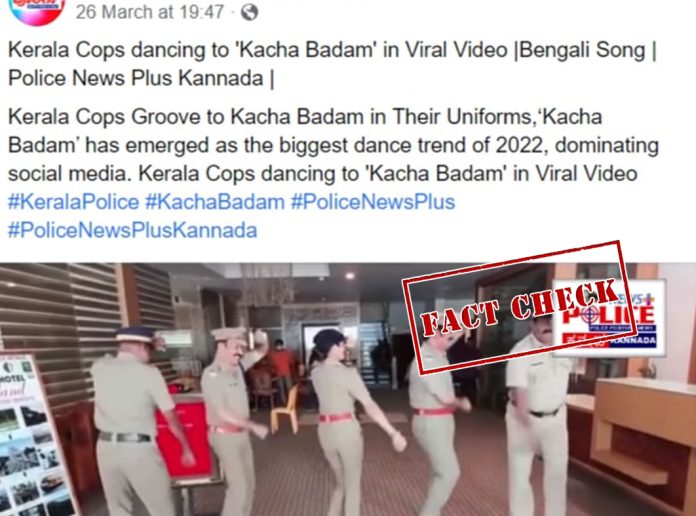 A video showing some people in uniform dancing to the tune of ‘Kaccha Badam’ song is being shared on social media with a claim that those grooving to the song are Kerala Police personnel. 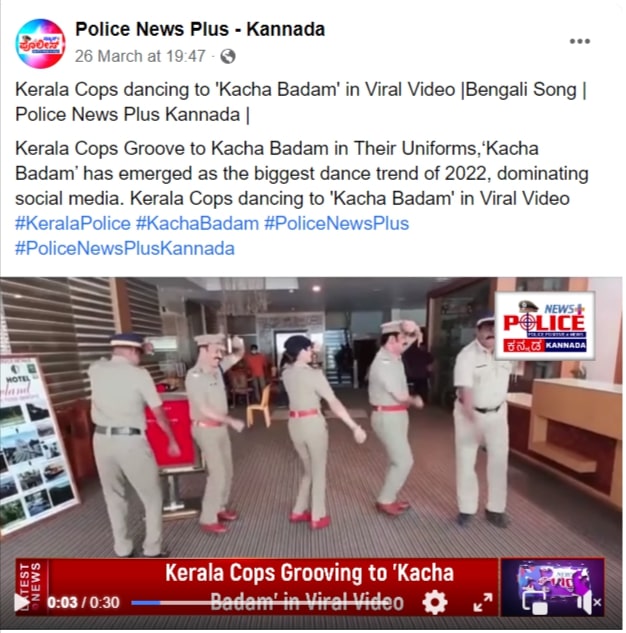 NewsMobile fact-checked the video and found that the video doesn’t feature real cops but actors dressed up as cops.

We started our investigations by analysing the video carefully. While examining the video, we noticed ‘Hotel Dewland’ written on a board in the left frame of the video. Hotel Dewland is located in Kochi, Kerala. 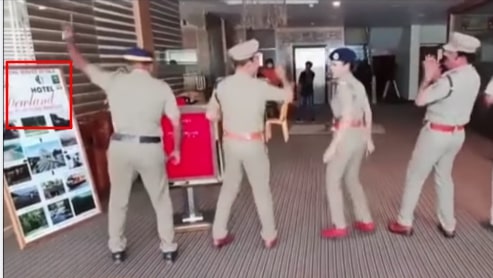 Taking a cue from this, we contacted the hotel, and they clarified that people in the video are actors and they were shooting for a film called ‘Rakachhashi’.

Based on this, we ran a search and found a few media reports where it was mentioned that it is a Malayalam action movie. The reports can be seen here and here. The report also has a list of the movie cast.

We also found that the same viral video was also shared by the Instagram page of Preeti G Goswami, who is the lead actor of the movie. 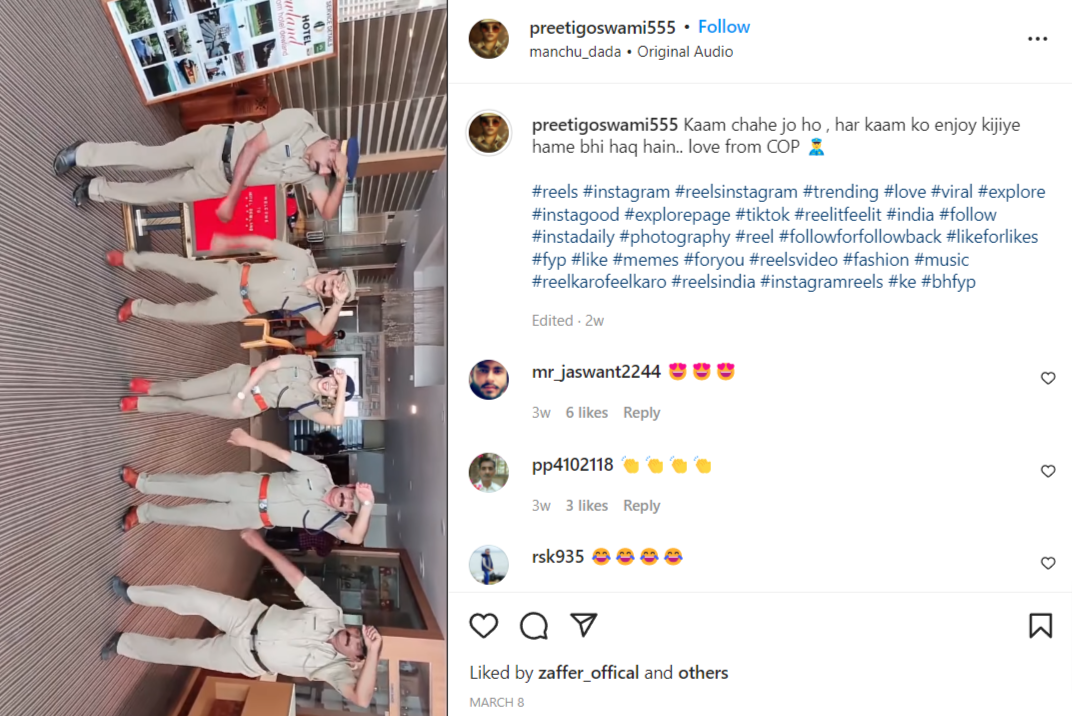 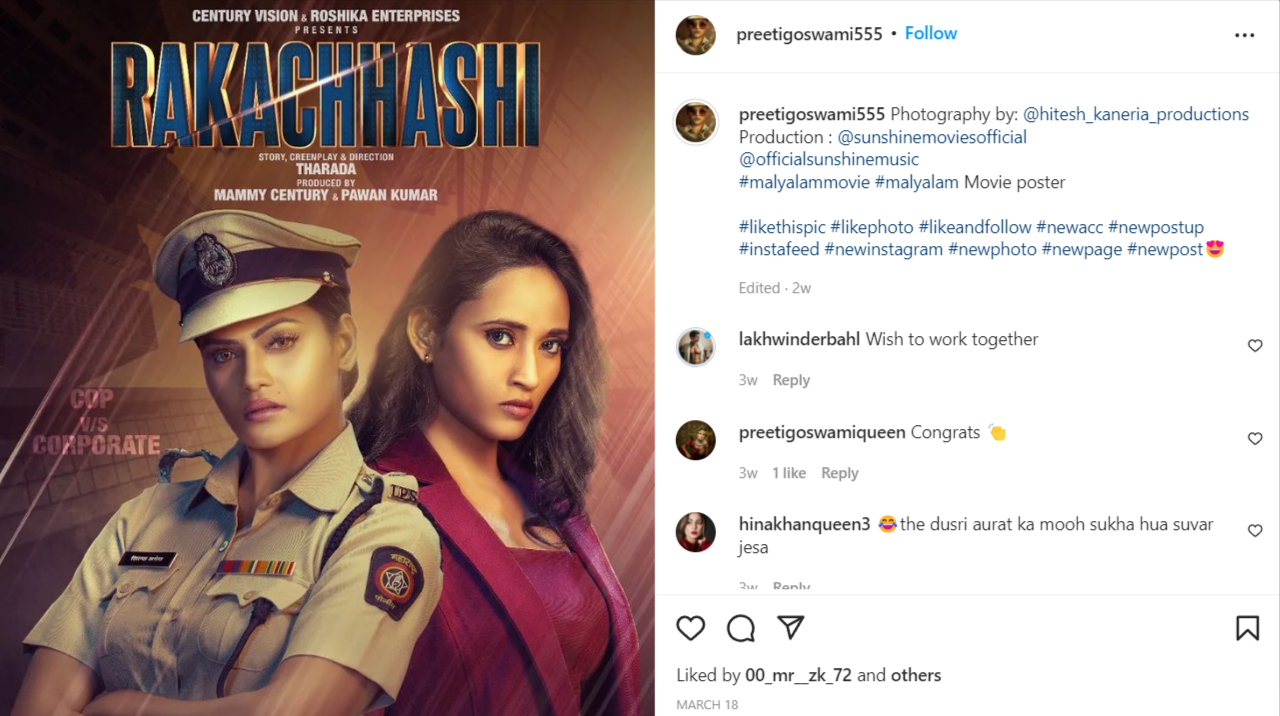 From the above information, it is clear that the viral video is not of real cops but actors playing cops. Hence, the claim attached to the video is misleading.