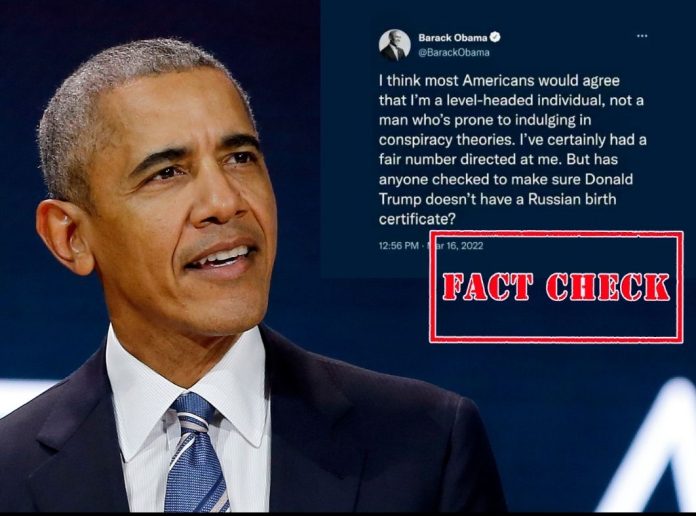 Recently, a screengrab of a purported tweet by former US President Barack Obama with a sarcastic comment on Donald Trump over racism, has gone viral on social media. The viral tweet reads, “I think most Americans would agree that I’m a level-headed individual, not a man who’s prone to indulging in conspiracy theories. I’ve certainly had a fair number directed at me. But has anyone checked to make sure Donald Trump doesn’t have a Russian birth certificate?”

Several Facebook users are sharing the viral screenshot as real. 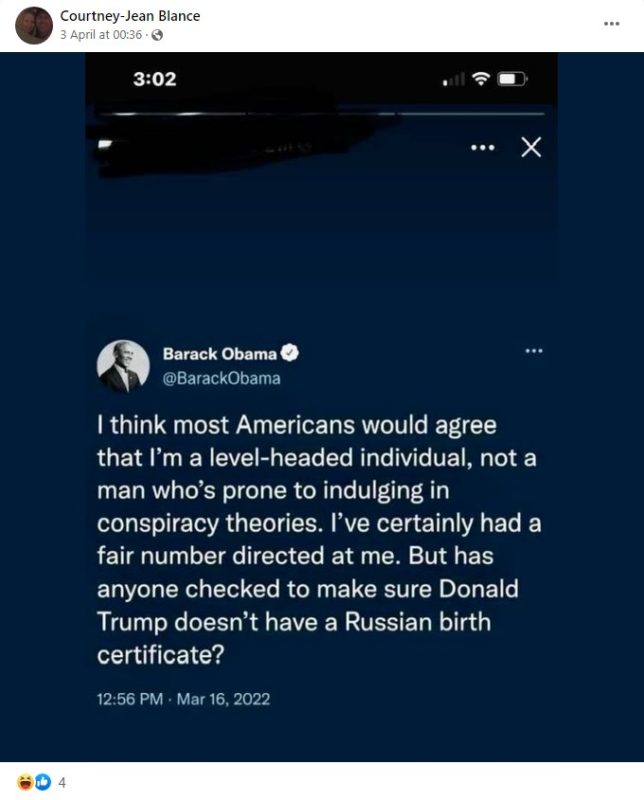 NewsMobile fact-checked the viral screenshot and found it to be fake.

Moreover, on performing keyword searches, we did not find any credible media report featuring this purported tweet by Obama, either.

We also compared tweets from Obama’s Twitter timeline with the viral one. The original tweets have ‘Twitter for iPhone‘ and ‘Twitter Web App‘ marks whereas in the viral tweet there is no such mark. 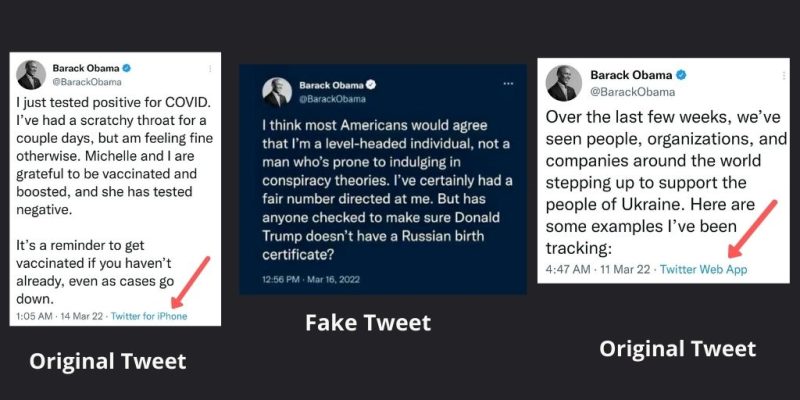 We also checked the PolitiWoops website, a platform that maintains a database of deleted tweets by political figures but did not find the purported tweet.

Therefore, with the above information, it can be concluded that the viral tweet reportedly by Barack Obama is fake.