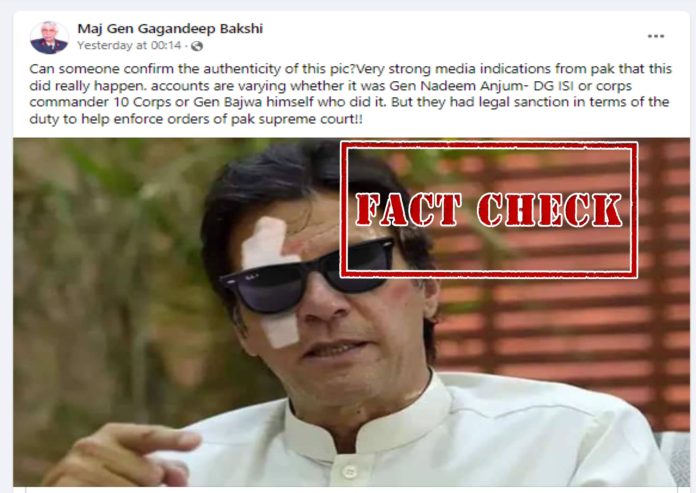 According to a media report published on April 10, 2022, former Pakistan Prime Minister Imran Khan made an attempt to replace Pakistan Army chief General Qamar Javed Bajwa in order to bring someone more pliant and sympathetic to his idea of “foreign conspiracy” and cling on to power. His attempt failed as the defence ministry did not issue the necessary notification for the new appointment.

In the above context, an image of Imran Khan is being widely shared on social media in which one can see injury marks on his face. The image is being shared with a caption claiming that he was beaten for trying to replace the Pakistan Army chief General Qamar Javed Bajwa.

The caption associated with the image read, “Can someone confirm the authenticity of this pic?Very strong media indications from pak that this did really happen. accounts are varying whether it was Gen Nadeem Anjum- DG ISI or corps commander 10 Corps or Gen Bajwa himself who did it. But they had legal sanction in terms of the duty to help enforce orders of pak supreme court!!” 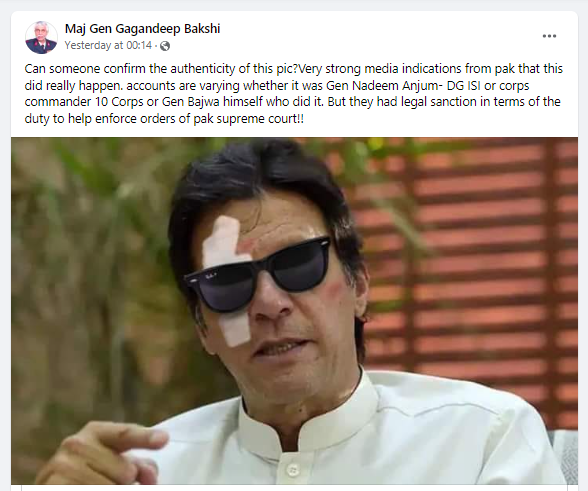 NewsMobile did a fact-check and found the claim to be fake.
We searched with appropriate keywords but could not find any media report that suggests that Imran Khan was beaten.
Further, we did a Google Reverse Image search and found that a similar image was published by The Dawn on August 17, 2019. The caption associated with the image read, “Prime Minister Imran Khan has welcomed the UNSC meeting on occupied Kashmir held on Friday.” 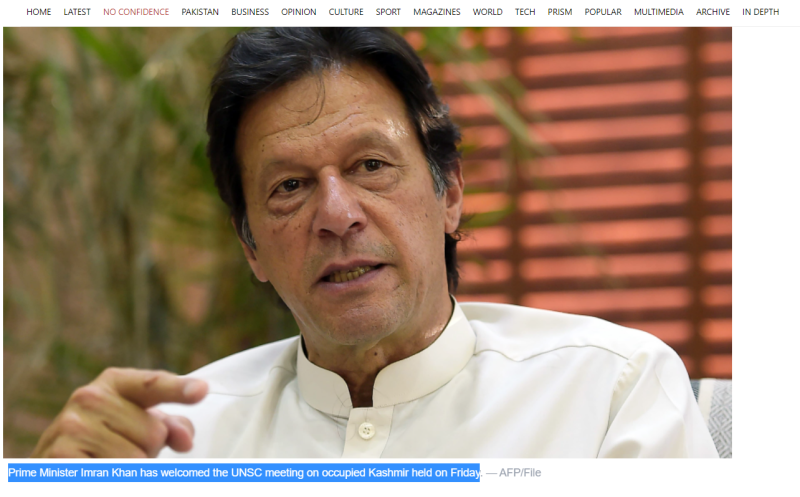 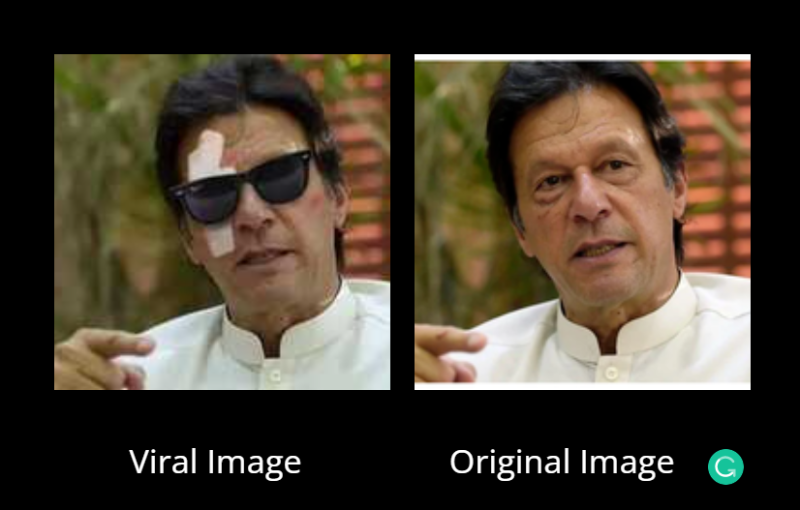 We also found the same image was also published by The News. 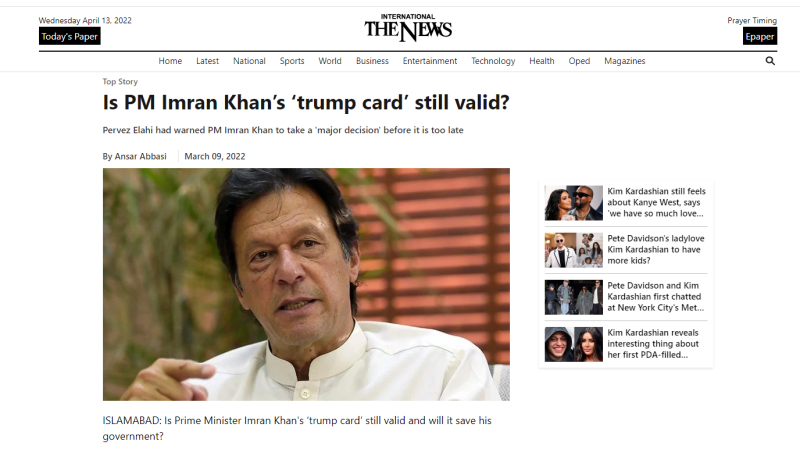 Hence, a morphed image is viral claiming that Imran Khan was beaten.